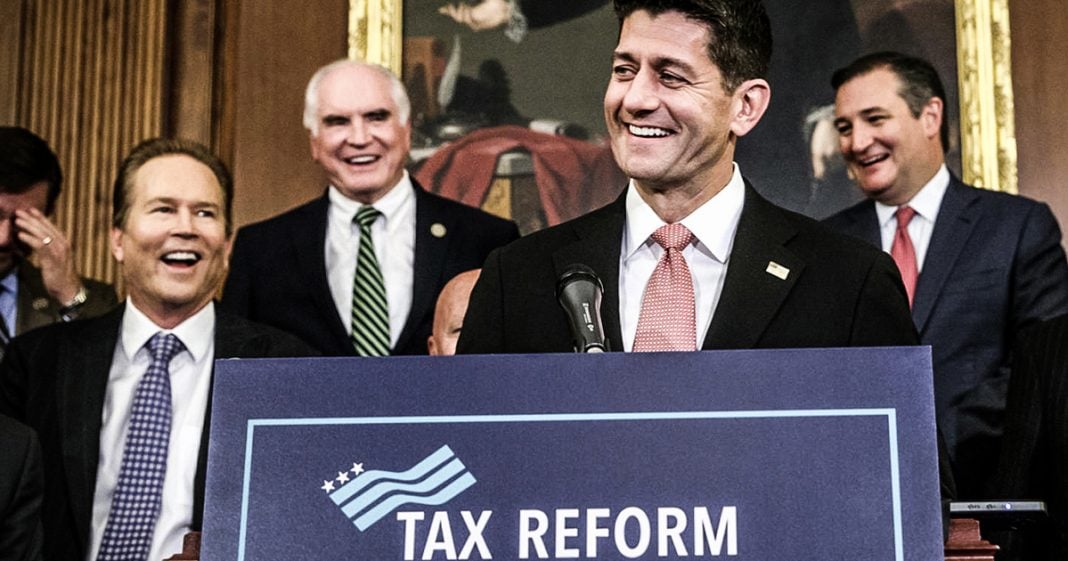 Republicans across the country are struggling to connect their message of a robust economy to their voters, mostly because these voters aren’t seeing any of the benefits. And when it comes to their tax cuts, they are having an even tougher time finding ANY actual middle class voters that have seen any benefit at all. This message isn’t going to work for Republicans, as Ring of Fire’s Farron Cousins explains.

Republicans are having a very tough time getting their campaign messages to actually resonate with voters this year. And that is because their campaign message is “we just gave you a massive tax cut, aren’t you doing so much better as a human being now?” Because as it turns out, Republicans, especially those in New York, can’t seem to find any average voters, who actually got any benefit whatsoever from their major corporate tax cuts.

According to a recent report by Think Progress, in which they actually went to upstate New York, talked to voters, talked to Trump voters, Republican voters, and asked them what kind of benefits they’ve gotten from the Republican tax package from last December? And every single one of them said the same thing: nothing. They’ve gotten nothing. They don’t expect to get anything at this point, and they realized that they’d been bamboozled by the party once again when it comes to trickle down economics.

That is the grand takeaway. And this does not bode well for several vulnerable Republicans in upstate New York, including John King in the US House of Representatives. Here’s the thing, though. This is not just happening in New York. This is happening all over the country. Republicans thought that this tax cut package that they passed, that we all predicted was all gonna go to the top 1%, which it did, they thought this would be the solid message to run on this year in the midterms.

And unfortunately for them, the tax cut did exactly what everybody thought it would do and it stayed at the top. Nothing trickled down. A few companies seeking some good publicity at the time, around Christmas time, decided to give a few employees a $1,000 one-time bonus. And they did. And they got headlines for that. Everybody was so proud of them. Look at this. Look at what these companies did. Wow, good for them. They’re so awesome.

That’s not going to help families. And it’s certainly not going to help the Republican Party, who wants to run on a message of “Look what we did for you.” No, what’s happening right now in the United States because of this tax cut is that stock buybacks for corporations are at an all-time high. Profits for the wealthy elite are at an all-time high, so are tax savings for those people.

And these voters out here who got nothing from it also understand that many members of Congress, especially the Republicans who voted for this, stand to gain about $280,000 per year on average in tax savings from their own law.

Some of them including Florida representative Verne Buchanan will save millions a year. Millions that he actually spent on the day he voted for the legislation, to go buy himself a new yacht. That’s not a winning message. That’s not how you reach middle America. That’s not how you convince the average, middle-class factory worker in the United States that your party has their best interest at heart.

I think at this point the veil has fallen off of the Republican Party, at least for most people. There are some die-hards out there who will never give up on the Republican Party and who will always fall for that same trickle-down economic myth. And that is why Republicans keep pushing it.

Even though the majority of us know that it’s a lie, both Democrats and Republicans alike, there’s still enough Republican hold-outs out there, who continue to think that if we give more money to the wealthy, it will eventually trickle down to them. Hasn’t happened in the past. It’s not happening right now. And it will never happen in the future.