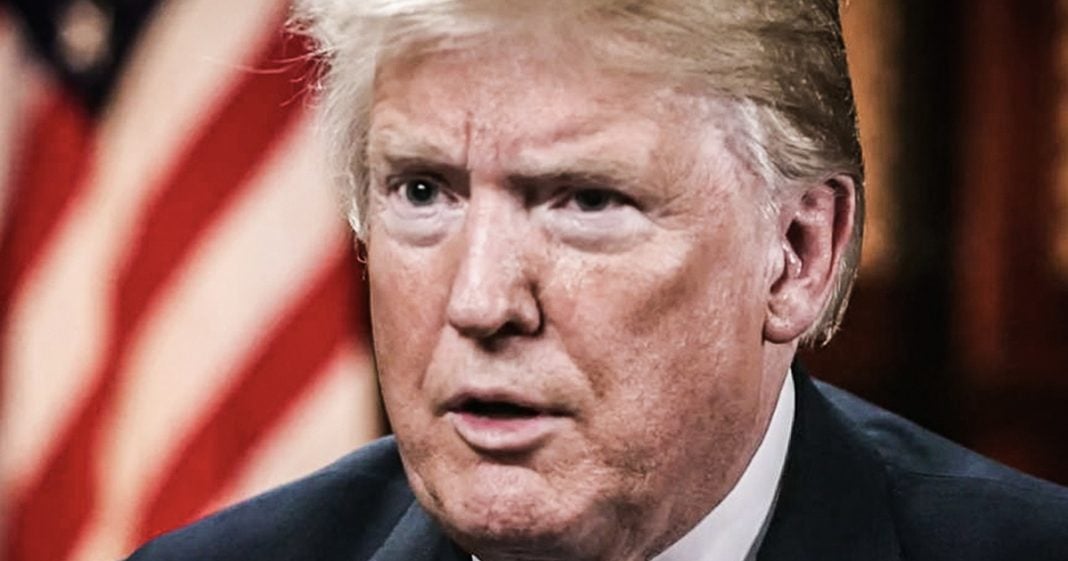 The restrictive immigration policies of the Trump administration are having a horribly negative effect on American small businesses, as more and more business owners are coming forward with complaints about not being able to hire enough foreign workers through the visa program that Trump has scaled back. If these businesses cannot get more workers, many of them have said they’ll have to shut their doors for good. Ring of Fire’s Farron Cousins discusses this.

Here’s a riddle for you, what good is a tax cut for corporations, if corporations can’t find enough people to work for them to actually even make a profit to get a tax cut on? Well, that is a riddle that’s actually playing itself out in corporate boardrooms all across the country and more importantly small businesses all across this country. What’s happening is that Donald Trump’s restrictive immigration policies with which he is limited the H-1B Visa Program, it’s causing companies both large and small alike, to not be able to bring in enough foreign workers to actually do what their company is supposed to be doing.

Now we’ve talked about this in the past with the small businesses, because that is the main focus, that is the main concern here in the United States. And of course, that is always what Republicans tell us is their main concern, the small business owners. The woman down the street who owns a little shop, the man on the other side of the street who owns a landscaping service. Both of these types of businesses are suffering right now, because they depend on foreign seasonal workers coming into this country, but Trump has reduced the number of Visa’s he’s giving out to foreign workers by thousands.

Now of course, Trump himself uses these Visa Programs to bring in foreign seasonal workers at places like Mar-a-Lago. That’s all they hired this season, foreign guest workers and when the seasons over, these workers are kicked back to their own country with whatever pennies Donald Trump paid them.

But, other people who run respectable businesses, landscapers, farmers, shop owners, they can’t find enough people to do their work and they’re now saying, according to a recent report in the New York Times, they may have to shut their doors. They may have to close down their own businesses and go try to find other work, because they can’t bring in enough foreign workers.

And part of the issue, ironically, is actually due to the fact that the unemployment rate here in the United States is falling, which is a good thing. But, it also means fewer Americans are looking for work and that is why we are dependent upon those foreign workers. We have more jobs than we have people able to work them, so we need more people, or else we could be looking at an economic crash. In the past, a low unemployment rate with fewer people seeking work wouldn’t have been a problem, because we were able to bring in these guest workers, but Trump has limited it so much that we can’t.

But now let’s talk about the major corporations. Right now hotels, major hotel chains, major hospital chains are struggling to find enough staffers to come in and do the jobs to keep those places running. And this isn’t just cleaners, janitors things like that, doctors. We bring doctors into this country on these Visa Guest Worker Programs, to come over here work, help us out, show us new things, to learn new things and then they go back to their country. We do that all the time in this country, but now we can’t. We can’t bring in these talented doctors who could teach us something, how to save more lives, because of the Trump Administration Policies on Immigration.

That is what is happening in this country today. If this keeps up and we’re not able to bring these people in and these businesses large and small continue to suffer and shut their doors, this is eventually going to lead to another economic downturn here in the United States. Unemployment will balloon, economic activity will shrink and this will all be squarely placed at the feet of Donald Trump, because he is the one who personally made these policies.