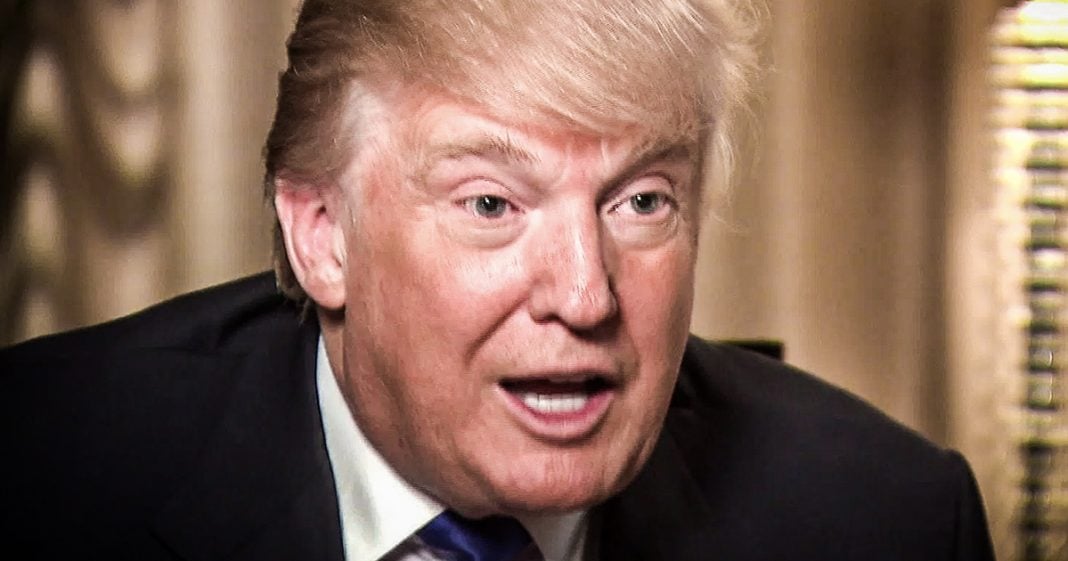 Later this month, Donald Trump will be presiding over a meeting with foreign leaders at the United Nations to discuss Iran. Trump has been outspoken in his desire to increase conflict in Iran, and we’ve all already seen how crazy he becomes around other world leaders, so there’s no possible way that these meeting is going to end well for anyone. Ring of Fire’s Farron Cousins discusses this.

You know it’s easy to forget the fact that Donald Trump is being investigated by at least six different investigative bodies on six different items and that he’s wholly incompetent, that he spends most of his time on Twitter. When he’s not tweeting, he’s watching Fox News or golfing, but somehow in between some of that, he actually does a little bit of governing and that’s the scariest part of this administration. It’s bad enough to see the investigations, to see the tweets usually about Fox News or insulting someone else. It’s bad enough to see him crawling around the golf course like he’s not about to pass out, but it’s even worse to remember that sometimes, this man actually does work and that’s bad for all of us.

If that doesn’t terrify you, then maybe you need to go look at Donald Trump’s history a little more. This is the man who pulled us out of the Iran nuclear agreement that was helping Iran to denuclearize and prevent them from developing nuclear weapons, even though six other countries stayed with it and said, “Why are you doing this? You’re killing the deal.”

The US is the one who backed out of that, not Iran. There was no evidence whatsoever that Iran was violating the agreement. That’s just a talking point created by the Trump administration.

The US is the one who backed out of that, not Iran. There was no evidence whatsoever that Iran was violating the agreement. That’s just a talking point created by the Trump administration. Donald Trump has repeatedly implied that he would like to use military force to remove the government in Iran. To put it simply, this man wants a war between the United States and Iran. He wants to make the same mistakes that we’ve been making for the last 17 years by getting into a war for no reason in the Middle East with no exit strategy, no plan, no real objectives, just to show the world that Donald Trump is a big tough guy that can take on Iran and win. Something that’s actually not even that likely.

Trump presiding over this meeting, because the US gets to be the president of the Security Council for the month of September is bad. This is very bad. Not just the fact that Trump wants to go to war with Iran and that he’s surrounded by people like John Bolton who are salivating at the thought of another Middle East war, but because we’ve also seen what happens to Donald Trump whenever he gets around any other world leaders and that’s who is going to be filling that room. He embarrasses himself. He embarrasses the United States. He makes enemies out of our friends and sometimes tries to make friends out of our enemies who don’t want to be our friends.