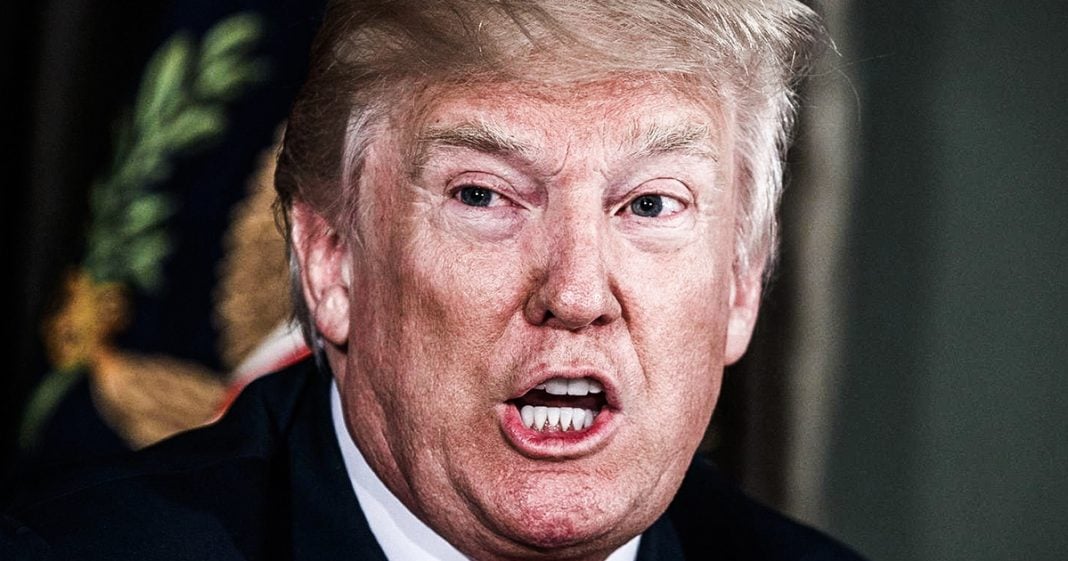 According to psychiatrist Dr. Brandy Lee, several members of the Trump White House reached out to her almost a year ago to express concerns about Donald Trump’s declining mental state saying that the President’s actions were “scaring them.” This story is backed up by the assertions in Bob Woodward’s new book as well as the New York Times op-ed this week. Ring of Fire’s Farron Cousins explains why the 25th Amendment needs to come into play immediately.

With the upcoming release of Bob Woodward’s new book, the excerpts of that book, which came out this week in addition to The New York Times op-ed by an anonymous Donald Trump White House staffer questions, questions have been swirling about Donald Trump’s mental stability and whether or not he is even fit to be the President of the United States. We know from the op-ed that some staffers inside the White House had considered invoking the 25th Amendment to remove an unfit president from office, but ultimately they decided not to because they feared it would trigger a constitutional crisis, which is one of the weakest excuses you could imagine.

However, in addition to all of that, a new report from Chauncey DeVega at Salon.com reveals that one of the leading psychiatrists in this country had actually been contacted by staffers from the Trump Administration who said that they were worried about Donald Trump’s mental instability. They said that his mind was unraveling and that his actions were scaring them. This was Dr. Brandy Lee, a Yale University psychiatrist, she’s the editor of The Dangerous Case of Donald Trump. She said that these staffers, two of them, reached out to her last October to express these concerns. Now, Dr. Lee has obviously been someone who has been critical of Donald Trump and his mental decline. But in this piece by Chauncey DeVega, it’s not just Lee.

Many other psychiatrists have also been expressing their concerns. The book that Lee edited I believe has 27 different psychologists or psychiatrists analyzing the President, telling us how unfit he truly is to serve as the President. Here’s the thing, we now know from a well renown psychiatrist that members of the Trump Administration actually reached out to her to get advice about what to do about the President. There should be no doubt in anyone’s minds at this point that there is something wrong with Donald Trump. I’m not just talking about the horrible policies. This man is not thinking clearly because he is mentally incapable of thinking clearly. He is a danger. He is a threat to the entire United States and basically to the entire planet at this point as the leader of the United States.

We have passed the time for the 25th Amendment to be invoked. Elizabeth Warren is actually now saying that if the staffers think we should do this then maybe it is time that we go ahead and do this. This is not impeachment. This isn’t revenge. Donald Trump, if the 25th Amendment is invoked, would absolutely get the opportunity to prove himself to be mentally competent enough to continue to serve as President. If he’s able to do that, then he gets to keep the job. If he can’t, he’s removed from office, but it puts it on him. Prove that you are competent enough to run this country, but I don’t think he can and I think most people in this country understand at this point that he probably could not do that.

When we get these warnings from the psychiatrist, from the mental health community about what they see with Donald Trump, those are warnings that we need to listen to. It’s one thing if you want to dismiss Bob Woodward’s book or if you want to dismiss The New York Times op-ed, but the advice of mental health professionals, we ignore that as a country at our own risk. These people 100% know what they’re talking about. They know the warning signs. They have identified them in the President and they have been telling us for over a year that this man should be immediately removed from office.