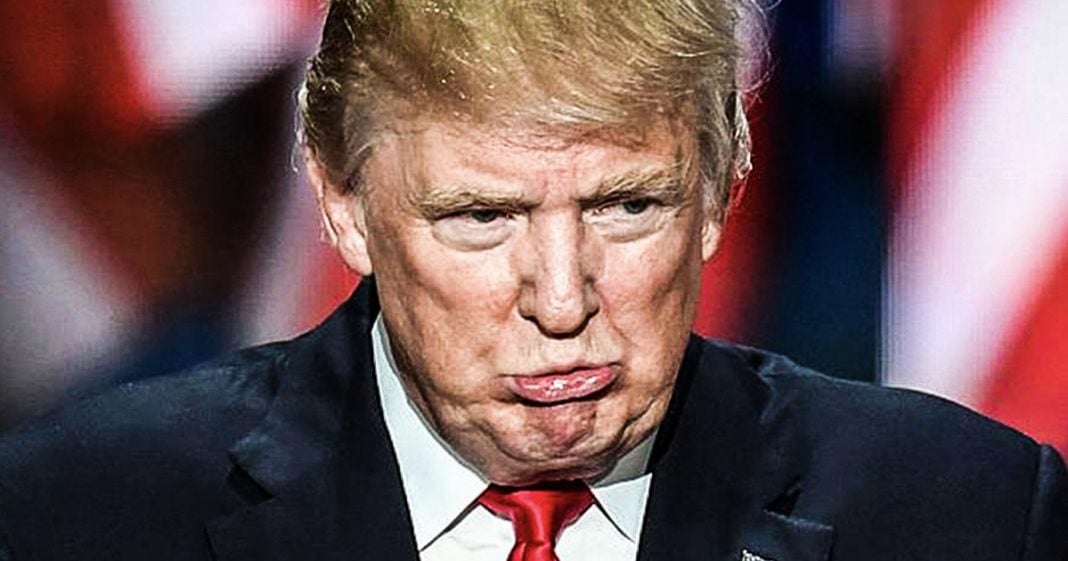 The Trump administration has proposed new rules that would allow them to circumvent the Flores Settlement and detain immigrant children away from their parents for indefinite periods of time. This is a very clear signal that this administration is perfectly fine with their family separation policy and that they believe the public has already moved on from their outrage over their actions. Ring of Fire’s Farron Cousins discusses this.

The Trump Administration filed a new proposed rule yesterday that would allow them to basically sidestep the Flores settlement and detain immigrant children away from their parents even longer than they already have. Here’s what’s happening right now with this whole story that everybody seems to have forgotten even exists. There is still more than 500 migrant children detained in the United States, separated from their parents, many of them have parents who have already been deported. I think there’s several dozen of them who are under the age of two, and we have no idea how we’re going to reunite them with their families. That is still a thing that we have to deal with, human beings that we are violating the most basic human rights of, and yet everybody’s kind of moved on from this story.

Now we find out that the Trump Administration obviously thought nobody was paying attention anymore, and so they want to make their family separation policy, which they claimed they ended but clearly haven’t, they want to make it even worse. Right now the Flores settlement says that the United States cannot separate a child from their parents while their parents await their immigration hearing for more than 20 days. What was going on in these detention facilities, what is still going on in these detention facilities, was a clear violation of the Flores settlement, but now the administration, Kirstjen Nielsen at the Department of Homeland Security, says that for too long these legal loopholes have prevented us from being able to do our job, the legal loopholes being that you can’t take a child away from their parents for more than 20 days.

That’s what Kirstjen Nielsen calls a legal loophole that is somehow preventing her from doing her job, so they want to get rid of it. They want to sidestep it. They want to throw it in the garbage and say, “You know what? If we have to separate you for 60 days, okay, 90 days, sure, 180, 360, two years, whatever it takes. We want to take children away from their parents just because we’re a group of evil bastards running the government.” There’s literally no reason to do it. That’s what gets me about all this. There’s no logical or legal reason why this would have to be done, why you would have to separate a family. They’re doing it because they truly are pure evil. That is the only logical explanation for this. It doesn’t expedite the immigration hearing process. It’s not deterring anybody from coming into this country. They’re doing it because they think they can and because they’ve gotten away with it for so long.

This new rule that’s being proposed by the administration is obviously going to be struck down by Judge Dolly Gee who oversees the Flores settlement. She’s basically overturned just about everything that the Trump Administration has attempted to do on immigration. She right now, Dolly Gee, is our best hope, our best hope as a country, to stop violating human rights. That’s really sad that that major responsibility lies with this one single judge, but so far she’s been our best hope and our best help fighting back against the oppressive and disgusting policies of the Trump Administration.