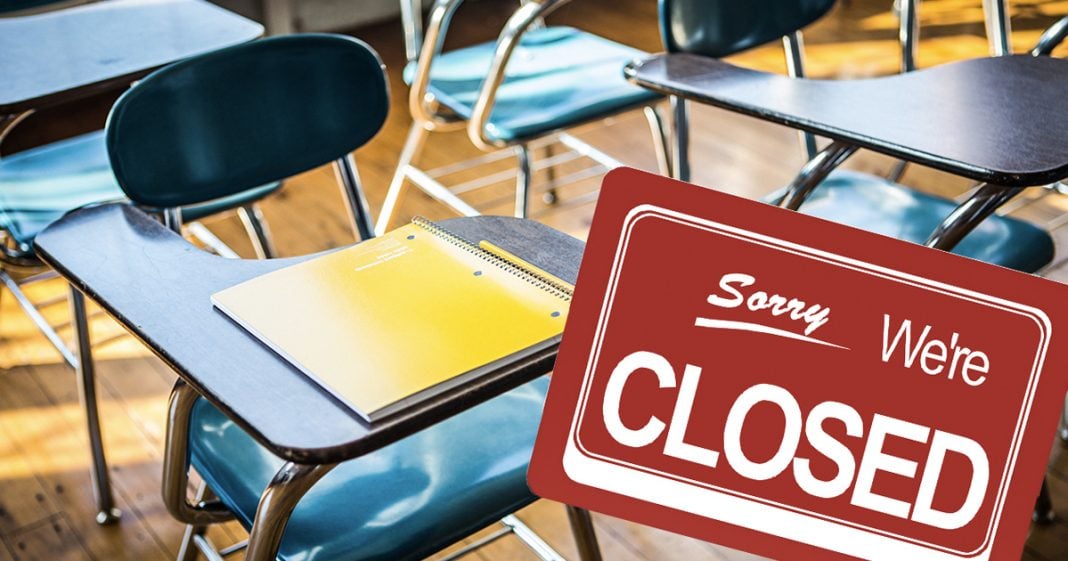 In at least 5 states so far this week, extreme heat has forced school districts to send students home early because they can’t properly keep them cool and safe in their schools. These climate change-related heat waves are now robbing children of a quality education and putting parents in a predicament of having to leave their jobs early to pick up their children. Ring of Fire’s Farron Cousins discusses this.

Thanks to staggering heat waves in the northeast of the United States, schools, which actually just reopened this week for students, are having to close early because they cannot properly cool the students down due to the massive heat waves. In areas of Baltimore, New York, Massachusetts, the interior temperature in schools is reaching over 90 degrees. Either they do not have adequate AC systems, and some of them don’t even have air conditioning whatsoever because they never thought they’d need it in those particular climates. But, because of climate change, this is our new reality. Massive heat waves in areas of the country that aren’t used to these kinds of temperatures that those of us down here in the south just deal with every single summer.

Climate change is making these worse, and now climate change is making it to where our kids can’t even sit in school for a full day. School districts in at least five different states have had to close their schools early this week, on the first week of school for most of them, because of climate change. Now, there’s another side to this story here too, because again, if these schools had proper air conditioning to keep these students cool and the interior temperature of the schools cooled down enough, there wouldn’t be a problem. Yes, it’d be hot outside but it would be cool enough inside that nobody’s going to get heat stroke.

But, because we’ve underfunded our school system so badly, something that we’re continuing to do right now, they can’t make upgrades. They can’t make improvements. They can’t fix a broken HVAC system, because they don’t have the funds to do it. So, that’s a two-pronged issue here. We’re underfunding our schools so that they can’t cool the kids and teachers down so we have to send them home early; and two, we let climate change get so bad that now kids can’t even sit in school for a full day. And then of course, we could talk about the third prong of this pitchfork here, which is the fact that now parents in these areas are having to leave work early to go pick up their kids early because they’re out of school early.

So, they lose half a day’s pay. They lose productivities. Small businesses lose productivity from this. Everybody suffers. Do you get the point here? This is what climate change does. Climate change is not a localized issue. Climate change is not just something that’s going to affect one group of people. As we’re seeing right now in the northeast United States, climate change is affecting everyone just for the fact that we have to close down schools a couple hours early. The ripple effects from this are absolutely astronomical, and what’s going to happen if we can’t come up the federal funds or the state funds to get these schools properly equipped with air conditioning or with heaters in some areas down here in the south when schools don’t have heaters?

We’ve had massive cold fronts that have come through the last few winters causing snow in areas that have never seen snow, because those are the extreme weather shifts that happen under climate change and we are grossly unprepared for that as a country. We could have been prepared for it. We had decades of warning. We just chose to do nothing because we as a country unfortunately chose to elect politicians who continue to deny that a problem even exists. If they don’t think that climate change is real, my advice for them is to go to one of these schools in the northeast after all the kids have been let out, and just sit in those sweltering buildings for a few hours. See if that maybe helps to change your mind.