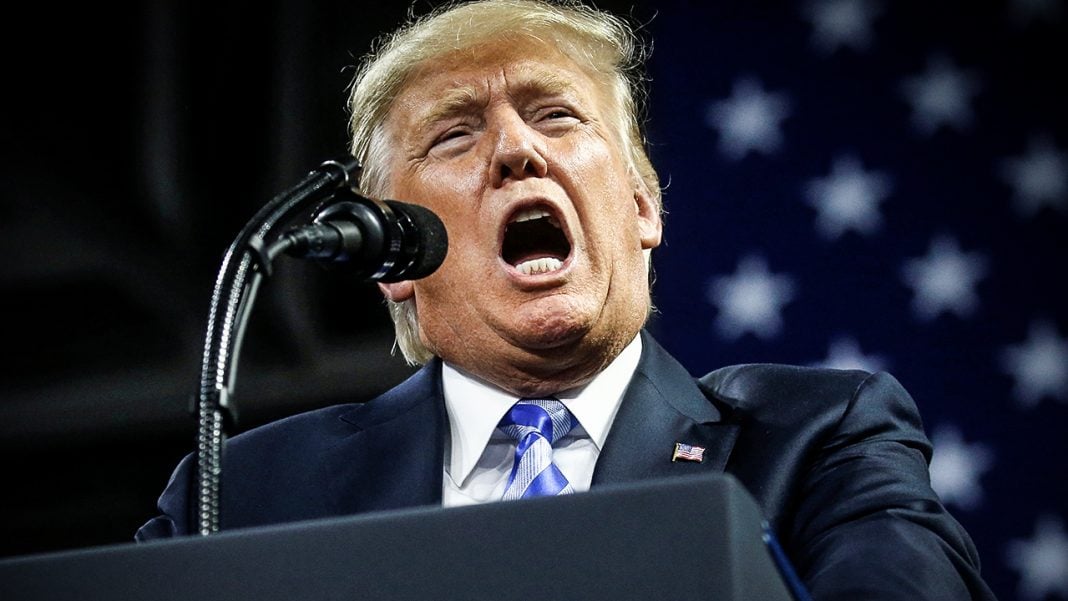 The Ring of Fire’s Farron Cousins is joined by Chauncey DeVega to talk about dog whistle politics in the era of Trump.

That is their new programming. That is their must-see TV that they are putting out every day, not only to create some cover for the scandals coming out of this Trump Administration on a near daily basis, but also to push his policies, because at the heart of most of what the President is trying to do today, you’re going to find some anti non-white citizen rhetoric. Isn’t that really the base of this?

When you look at whatever policy it is, is it the wall, is it the family separation, is it the travel ban? It’s all coming back to the racism here, isn’t it?

Chauncey DeVega:
Well, absolutely. Donald Trump, and the Republicans, the 1%’ers, the Coke Brothers, they have pioneered and perfected a strategy of political sadism, and they know that they hurt their own voters economically. They hurt their lives, they make their lives more miserable. That’s not hyperbole, I’ve done a ton of research about it, and these right wing Christians and right leaning independence and Trump voters, instead of turning attention to Trump and the 1% in the Republicans, they say it’s those black and brown people who are stealing from you, who are jumping ahead in line, who are coming here to take my jobs.

Instead of saying, “My God, I have a hell of a lot more in common with these other brothers and sisters who may happen to be of a different skin color,” but we have the same material concerns, and something that also has to be said, quite frankly, about Trump’s racist authoritarian politics, this stuff is lethal. We have thousands of people killed in Puerto Rico because of this man’s bigotry and racism. This is his Katrina. Now, some estimates say it’s 5000 people killed in Puerto Rico, and what did Trump say again using his … Well, not even dog whistles, overt racism, that the people of Puerto Rico and their governor begging, basically saying they’re lazy, they need to help themselves.

If Puerto Rico were a majority white, part of this country, they would’ve taken care of those folks. Instead, Trump and his administration left those people to die. There should be investigations in Congress, and there should be people, quite frankly, criminally prosecuted for what happened there.

Farron Cousins:
Well, when we think back to the response, the nationwide response, to George W. Bush’s response to Hurricane Katrina, there was public outrage over how this man responded to the city of New Orleans being under water and doing nothing about it. Yet, here we have Puerto Rico, and there’s this deafening silence. We hear it in progressive media, independent media, but even this week, when we learned that the death toll was 4500 times greater than what was initially estimated, a couple coverages here and there, nobody seems to notice, nobody seems to care, so where is the outrage? That’s the point. Where is the outrage? There’s so much to be outraged about, but I would think that the death of almost 3000 American citizens should be one of those things people should be a little upset about right now.

Chauncey DeVega:
Well, I’ll add on to that. Obviously, this is about the systemic devaluing of the lives of black and brown people, so that’s a given right there, but where is the mass outrage and the mass protests? We still have hundreds of children who were stolen from their families and put in concentration camps, the families. These are concentration camps all over the country by Trump and his administration, by his ICE enforces, his storm troopers. Where is the outrage about that?

Of course, the 24/7 news media moves so quickly, American people are exhausted. They’re distracted. They don’t know what to do. They’re disoriented, that’s part of Trump’s appeal. That’s part of his facetious strategy, the constant lying, but we could make a list of all these human rights violations, and I’ve said it repeatedly, there will be a reckoning in this country and there will be an accounting. I don’t know what it looks like, but something is going to have to give.

Farron Cousins:
Well, one of the things they use to distract people from the real issues out here is Chicago. How many times, especially on Fox News, on their Twitter feed, coming out of the mouth of the President, have we just heard the word “Chicago”? For all we know, those of us who don’t live there, from what we hear from the conservative media, well that’s just people killing each other every single day for no reason all day long. It’s horrible, and Chicago has almost become … Well, it has become, that is another dog whistle word now. Chicago doesn’t mean Chicago. Chicago means non-white people.

Chauncey DeVega:
It means lawless black people who are running a muck. It’s the Republican party’s new birth of a nation. D.W. Griffith’s white supremacist film, it’s featured in [inaudible 00:05:01]. Whenever I hear folks summon that talking point, I say, “Number one, Trump is President, so stop talking about Obama and Chicago. Say what you mean. Say that you think black people are just lawless [inaudible 00:05:09] monsters, and if you’re serious, let’s talk substantively about gun control. Let’s talk about racial segregation. Let’s talk about poverty. And you know what? If you really care about folks killing each other with these guns, let’s talk about mass shootings in America that are disproportionately committed by white men,” but then you get crickets and silence when you bring that truth.

Farron Cousins:
You do, and they’ll post a mug shot of the white shooter. Okay, who was it? The guy who recently killed his daughters, they post nice, fun pictures of him with his daughters. The guy is a murderer, psychopath. He gets the media treatment of “Oh, just a misunderstood … Things probably went wrong with his life.” It’s the same thing we always see, and then you get a guy like Trayvon Martin, and they try to dig up every horrible thing this kid ever attempted to even do in his life.

True or not, they drag their names through the mud and always say, “Well, he shouldn’t have been in that neighborhood anyway. It’s his fault,” but a white person goes crazy, kills their whole family, and then it’s, “Well, he was such a nice guy. I don’t know how this happened.” It’s sickening. It truly is sickening that the media plays into these narratives as well, because they are at fault here just as much as a guy like Trump or Steven Miller. They help foster this atmosphere, too, don’t they?

Chauncey DeVega:
Absolutely. Why do they give Trump $5 billion in free advertising? It’s profits over people. Thinking about brother Trayvon Martin, of course they don’t focus enough on George Zimmerman, a man who has repeatedly shown and demonstrated through his behavior, his run-ins with the law, threatening and stalking people, that he’s a social miscreant. He’s the story, and we again, always go back to what we know with the research.

Media scholars, communication scholars, political scientists and others have repeatedly shown that in terms of media framing, that the news media, the evening news especially, is much more likely to show black and brown folks doing the perp walk, horrible mug shots, basically dehumanizing them in the eyes of the public when they’re accused of a crime, and they’re much more likely to show white accused criminals as family men using their high school pictures, everything to humanize them in the eyes of the public.

Again, this is very, very, very old history. We have a country that was founded on two sins. One was the genocide against first nations people, and the enslavement, murder and rape of black people. Those sins are still with us. We can be as post racial and post civil rights as we want, but we have not had a proper accounting.

Farron Cousins:
Absolutely. You know what? Unfortunately, we are out of time, but I want to close by saying this. That is what makes Trump so dangerous. He has tapped into the heart of that. He knows how to use it to his advantage, unfortunately, and that is what … You and I spoke about it in 2016, that it’s going to push him over the top. I have no doubt it would do the same thing if he’s still in office in 2020. Chauncey DeVega, thank you so much for talking to me today.