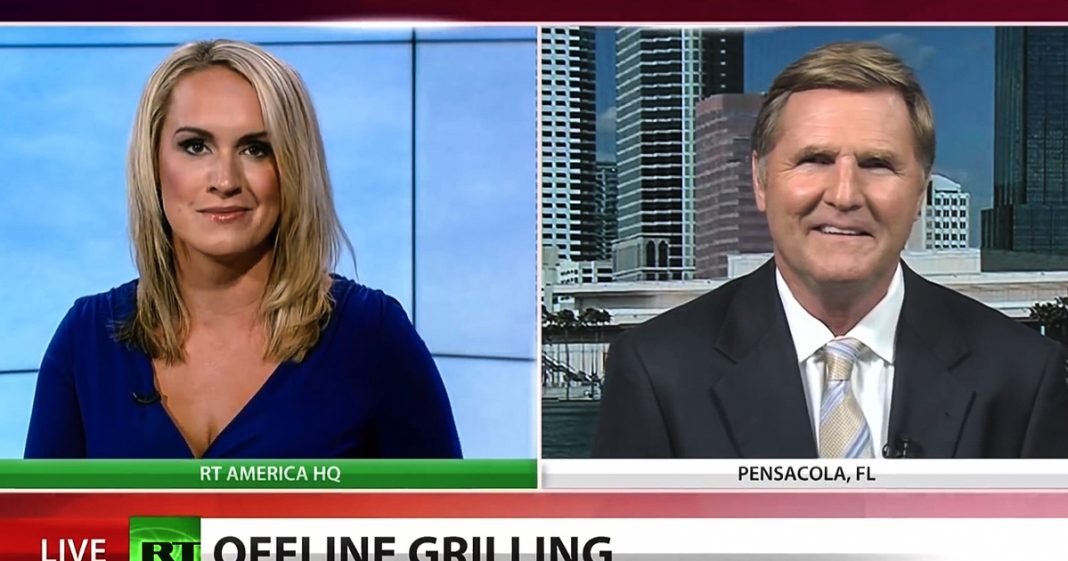 Via RT America: Facebook COO Sheryl Sandberg and Co-Founder & CEO of Twitter Jack Dorsey testified before the Senate Intelligence Committee about election meddling and bias. Big Tech executives admit their weaknesses and said they are currently working on tools to get ahead of election threats in being able to identify inauthentic users, and targeting fake news. America’s Lawyer Mike Papantonio joins Scottie Nell Hughes for more.

Scottie N. Hughes: For more we turn to Mike Papantonio, Host of America’s Lawyer here on RT. Mike, what if anything was accomplished during these hearings on The Hill today as it looked like they were very well scripted.

Mike Papantonio: The hearings were nothing more than political theater; the hearing on election interference was almost laughable, I mean the very notion that we have a US media spending a gazillion dollars in political ads and the suggestion that China or Russia or some other country with $150,000 or $200,000 can move an election, that on its very face either makes the American media look like a bunch of boneheads, or it’s just an absurd kind of argument.

The idea that a few online trolls or even some Facebook ads could sway elections is just dishonest and they know that going into it. Here’s the thing, the spread of fake news, the use of bots to shut down discussions, political propaganda, these are all important issues but they certainly didn’t warrant a hearing on Capitol Hill. Let me tell you what does warrant a hearing, right now we learn that on social media we have issues like human trafficking taking place, those are things that we ought to be paying attention to, rather than these meaningless ideas of gee whizz, the Russians are coming interfering with the election or the Chinese are now interfering with the election.

It’s just nothing but idiotic, political theater. If law-makers who actually cared about the abuse taking place on social media, they’d be asking questions about data privacy or personal information leaking out or the tracking apps that these outlets have built into their programs. So this is much ado about nothing; we’ll see nothing come out of this, although there were some very basic things that they could have talked about that would have made a difference here, where they do and can control social media.

Scottie N. Hughes: Well, I agree with you Mike. I’ve yet to see a meme that changed one person’s vote based on just a picture with some words, but that’s why I think the second hearing today involved censorship and that it something that needs to be talked about. Are Facebook and Twitter censoring users based on their political leanings?

Mike Papantonio: There’s no question that they are. Think about this, we have forgotten that just like the airways are owned by the people, tax payers are involved in the process of keeping airways out there because of the infrastructure that we built. Well taxpayers also built the infrastructure for fiber optics that deliver all of this. These companies they take advantage of what taxpayers pay for. We have a pretty good argument to say, we as taxpayers, don’t want you being our censors. As a matter of fact, when you censor, there’s sometimes that you censor and you effect what we call the … there’s something called the Commerce Clause in the United States, and it says, it’s part of the Constitution, and it says, when an entity interferes with the free flow of commerce, then that becomes a process that’s illegal. Here you have … let’s take Alex Jones. As crazy as the guy is, he never has a piece of property that has value. He has his program. The program attracts advertisers. When these people shut him down, they interfere with what we call the free flow of commerce.

There are many ways to go after Google, go after Amazon, go after all of these social media platforms. Unfortunately, the Government doesn’t have the sense to do it, so it’s probably gonna take place in the private sector, you’re gonna have attorneys that figure out that what they’re playing with is not just censorship. They’re playing with the right of Americans to understand that we built the infrastructure for all of these platforms. We paid for fiber optics. The Government subsidized these companies to put fiber optics in place so they could make billions of dollars with their platform. That case, I promise you is right around the corner. The reason I know it is because I already hear lawyers talking about it.

So Government won’t do anything about it but I promise you private sector of attorneys will.