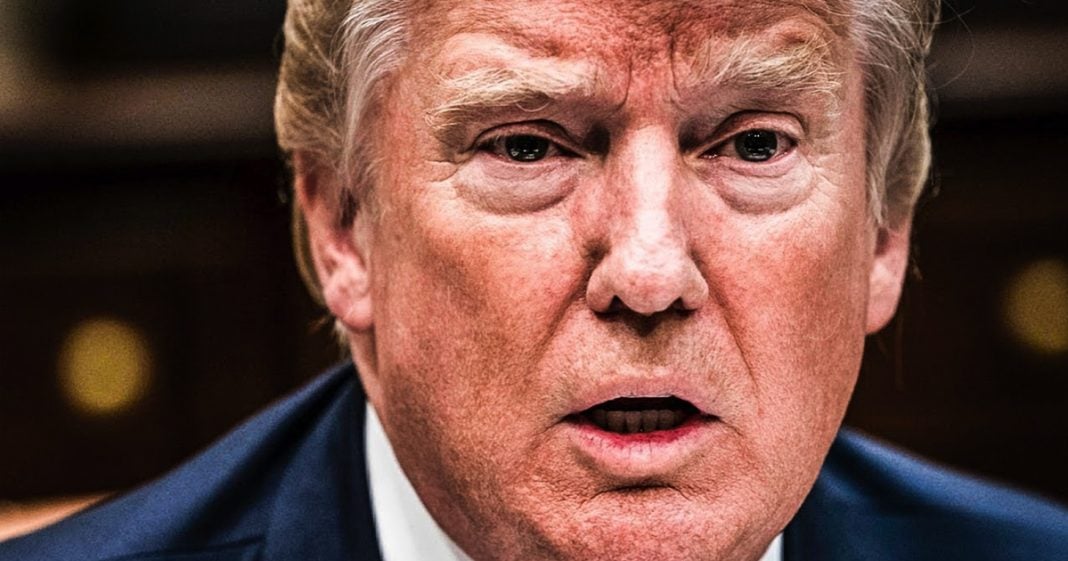 A scathing, anonymous op-ed in the New York Times reportedly written by a member of the Trump administration is causing a major stir across the country, as it appears even those serving with the President daily believe that the man is mentally unfit to be President. But there are even bigger implications of this article, as Ring of Fire’s Farron Cousins explains.

Well, by now I’m sure everybody has had plenty of time to read and reread that New York Times op-ed written by anonymous member of the Trump administration. There’s been lots of very strong reactions to it, not just from the president, strong reactions from the left, from the right, some people proclaiming this person to be a hero, others a villain, some saying a gutless coward. Before we get into any of that, which we’re actually going to talk about a little bit later one today, let’s get to the real nuts and bolts of what is actually in this particular op-ed.

First and foremost, very little that we didn’t already know. We have had reporting coming out for months, now, from staffers who’ve spoken to members of the press saying that they have had to intervene and stop Donald Trump from pursuing some of his most dangerous and crazy arguments, or ideas, or policy proposals. We’ve known that. That was a major part of the op-ed, and, again, something that we’ve already had reports on for months.

That part of the op-ed, however, has also now been corroborated by Republicans, including Chris Christie. You have people, who have been very close to this administration, who have already come out and said, “Yes. That part, absolutely 100% accurate.” So, gives this op-ed a hell of a lot of credibility at this point.

Some of the other claims in here, though, a little more shocking, because we have basically this shadow government of hardcore conservatives who are preventing the president from doing certain things, which is good, but also pushing him to do other things, which is not so good. In fact, expressly mentioned, in this op-ed, this line. Let me read it here. “There are bright spots that the near ceaseless negative coverage of the administration fails to capture, effective deregulation, historic tax reform, a more robust military, and more.” All of these are very standard right-wing policies. Let’s boost up the military, spend and waste billions of dollars on that. Let’s cut taxes for the wealthy elite, and let’s deregulate everything, so corporations don’t have to pay more money, even it means American citizens get killed from increased pollution, fewer workplace protections, and things like that.

We can gather, from that little piece of information that whoever wrote this op-ed is 100% a very classical Republican conservative. That is what they stand for, that is what they want to do. The person who did this is no progressive hero. They’re no left leaning type character. This is 100% some kind of Republican working inside the administration. I know nobody thought it was a progressive or somebody who hated Trump’s policies, but what this is showing overall is that there is dissension among the ranks within the Trump administrations.

Obviously, one of the more shocking things was the fact that they had even discussed invoking the 25th Amendment in order to remove Donald Trump from office, but then basically figured, “Eh, that would be too much of a hassle, maybe we shouldn’t do this.” That phrase, 25th Amendment, actually became so popular because of this op-ed that, for about 10 minutes, yesterday, Google searches for 25th Amendment were higher than Google searches for Kim Kardashian. That tells you something. At least the American public wanted to know what exactly the 25th Amendment was. There’s that. The public’s educating themselves. Hopefully, as they learn more about it, and more people will start calling for it.

We do know that Republicans, inside this government, want to see Trump gone. It’s not just because of his crazy policy, it’s his crazy personality. That seems to be what is bothering these people the most. They like what he’s doing. They like the tax cuts. They like the deregulation. They like spending an additional $70 billion on the military. They just want to have somebody that they can control a little better. So far, Donald Trump has proven that he’s not going to be that guy for them, so they would much rather deal with somebody like a Pence, or even a Paul Ryan, because that’s the kind of person that will carry the water for the conservative Republican Party without question.