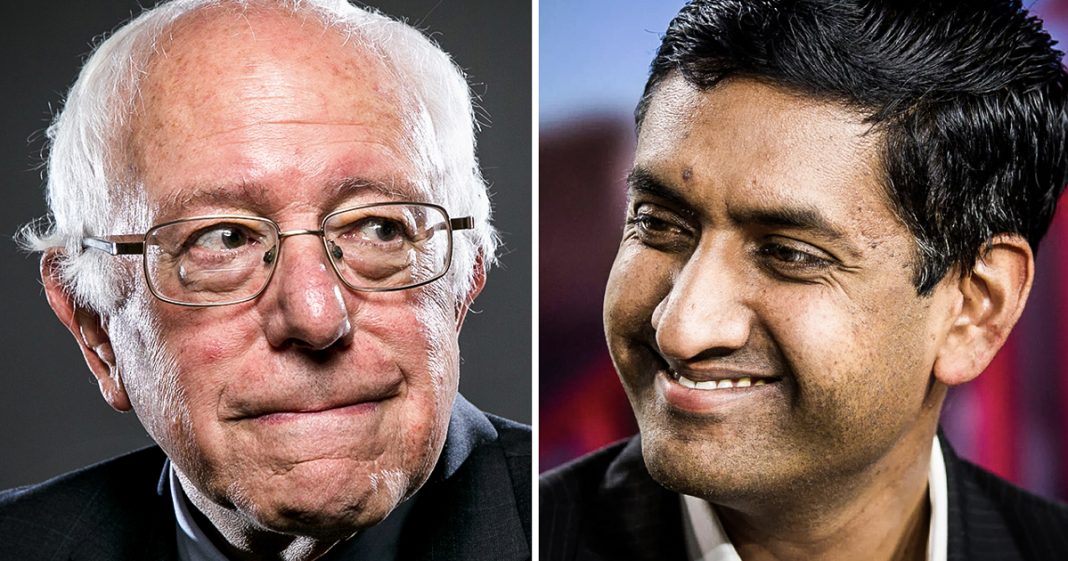 Senator Bernie Sanders has introduced legislation that would force some of the largest corporations in America to pay back the federal government for the safety net programs that these companies’ employees are forced to use to survive. There is no excuse for corporations worth billions to be paying their employees slave wages that taxpayers have to support through social programs, and it is time for these corporations to pay up. Ring of Fire’s Farron Cousins discusses this.

American taxpayers are having to subsidize the low, low wages that some of the biggest corporations in the United States are paying their employees. We do that in the form of the social safety net, welfare programs, food stamps programs, programs that these employees who may have full-time jobs still have to rely on because their employer pays them such low wages. This week, Senator Bernie Sanders in the US Senate and Representative Ro Khanna in the House of Representatives have introduced legislation that would force these corporations who’s employees have to get public assistance in order to survive, it would impose a 100% tax on them for each employee that has to live off of government assistance.

I 100% support this legislation. There is no reason whatsoever why any full-time worker here in the United States today shouldn’t be able to make an actual living off a full-time job. If you are working 40 hours a week, giving everything you’ve got for this job, this company, whoever it may be, then you should be able to afford basic necessities like food and rent. You shouldn’t have to depend on government assistance because your employer doesn’t want to pay you enough to get by, but that is what is happening today in the United States. It’s not the fault of these workers. It’s not their fault they have to go on public assistance. It is the fault of these multi billion dollar corporations who would rather pocket the cash themselves, give it to the CEOs or the shareholders, than give it to the employees.

These are corporations, Amazon, Walmart, American Airlines, three of the worst offenders here in the United States. Jeff Bezos from Amazon is actually so rich and makes so much money every day that he would have to spend $28 million every single day of the week just to avoid getting any richer. 28 million a day and that wouldn’t even touch what’s currently in his bank account. How is it that we can’t give some of that $28 million to his workers. That’s what this is about. It’s not just that these workers make low wages and they have to get government assistance. It’s that the CEOs, the shareholders of the corporations are pocketing millions upon millions of dollars every day and their workers still can’t get by.

That’s the problem. If these CEOs were also struggling to get by, if their companies were struggling and they had to make cutbacks or cut pay, that would be one thing. That would be something that would basically be forgivable. This legislation put forward by Sanders and Khanna is to make sure that these corporate CEOs understand that they can’t price gouge consumers, screw over their workers, and then pocket all the savings for themselves while making taxpayers foot the bill to keep their workers alive. That’s what happening in America today and that’s why this legislation is absolutely necessary to help reign in some of that disgusting corporate greed that has become the standard in the United States.