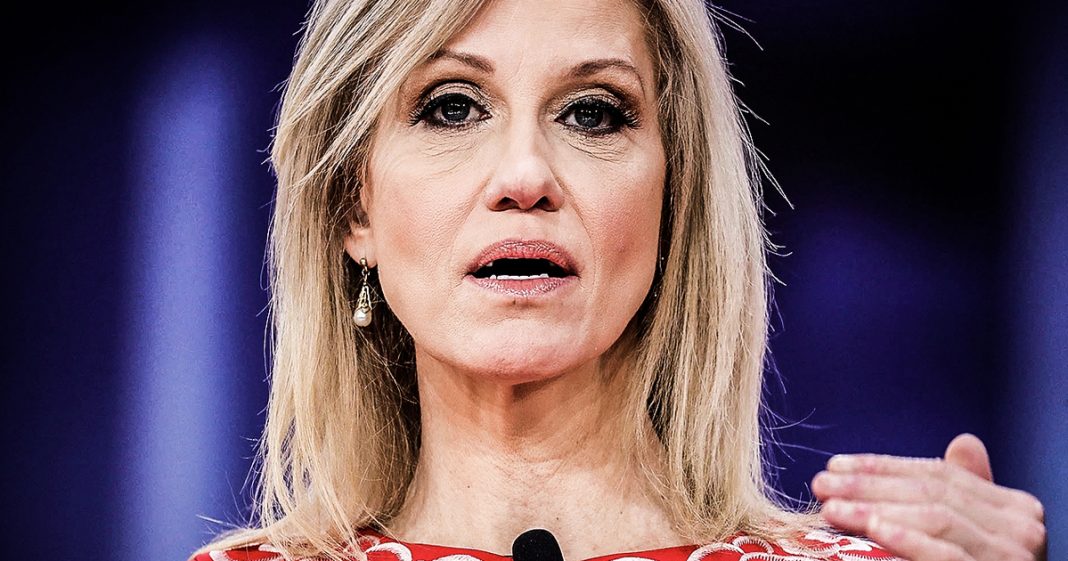 While Donald Trump might be threatening a libel lawsuit against journalist Bob Woodward over his new book “Fear: Trump In The White House,” several White House staffers have admitted to The Washington Post that they don’t see anything in the book that looks false. One of those people happens to be Kellyanne Conway, who says that the book is certainly damaging to the White House because Woodward is credible. Ring of Fire’s Farron Cousins discusses this.

Donald Trump is freaking out right now over Bob Woodward’s new book “Fear, Trump and The White house,” and on Wednesday morning, Trump actually tweeted out a threat saying “Maybe we should look into the libel laws in the United States, so I could maybe sue him for libel.”

The truth is, there’s actually no change needed. If Donald Trump actually thought that the things that Woodward were saying in his book were false, he would have already filed that libel lawsuit. There is literally nothing stopping him from doing that. He’s just trying to paint the picture of “Oh, man, I would love to do this thing, but these laws and I can’t get around it, so he’s just getting away with all these lies. Ugh, you rascal.”

That’s not what’s happening. If he thought he was being libeled, he could already have filed the lawsuit against Woodward. But Trump doesn’t think he’s lying and we know that because according to recent interviews in the Washington Post this week, most of the White House agrees that there is nothing false in Bob Woodward’s new book.

One of those people who doesn’t think there’s anything false in there happens to be Kellyanne Conway. According to a recent report by the Washington Post, that spoke to sources inside the White House, Kellyanne Conway is telling people privately that Woodward has absolute credibility, and that this book is very damaging for the Trump White House. If someone as horrible as Kellyanne Conway, someone who lies any time she goes on television, if even she is admitting behind closed doors that “Yeah, this guy’s telling the truth,” then we’ve got some real problems here for the Trump Administration. Furthermore, aides that spoke with the Washington Post, have also said they haven’t seen anything in the book yet that is untrue.

Now in spite of that, we have had John Kelly and James Mattis come forward with statements saying “No, the things that are being said in that book, they’re not true. I didn’t say those things he said I said.” Okay, Woodward has tapes; Woodward has taped conversations with Donald Trump himself, Woodward has hours and hours and hours of tapes and notes and all kinds of things to back up his claims, and that is why Donald Trump doesn’t want to file that libel lawsuit. That is why Kellyanne Conway is saying “Yeah, this guy’s got credibility.” Because Bob Woodward is of a generation in the United States when we actually had journalists who were doing their jobs; they weren’t corporate toadies working for a cable news outlet, they were working to get people information. That’s where Woodward came from, that’s what he’s been doing before, during and after the entire Watergate Scandal that him and Carl Bernstein broke, but he knows how to track his sources; he knows how to keep records; and he knows that if Donald Trump wants to hit him with a libel lawsuit, that it’s only gonna confirm everything he says in this book.

And that is why Donald Trump is gonna go out there and threaten all day long, but he will never file that libel lawsuit because he knows he can’t prove any of that false, but Woodward can likely prove all of it to be true.