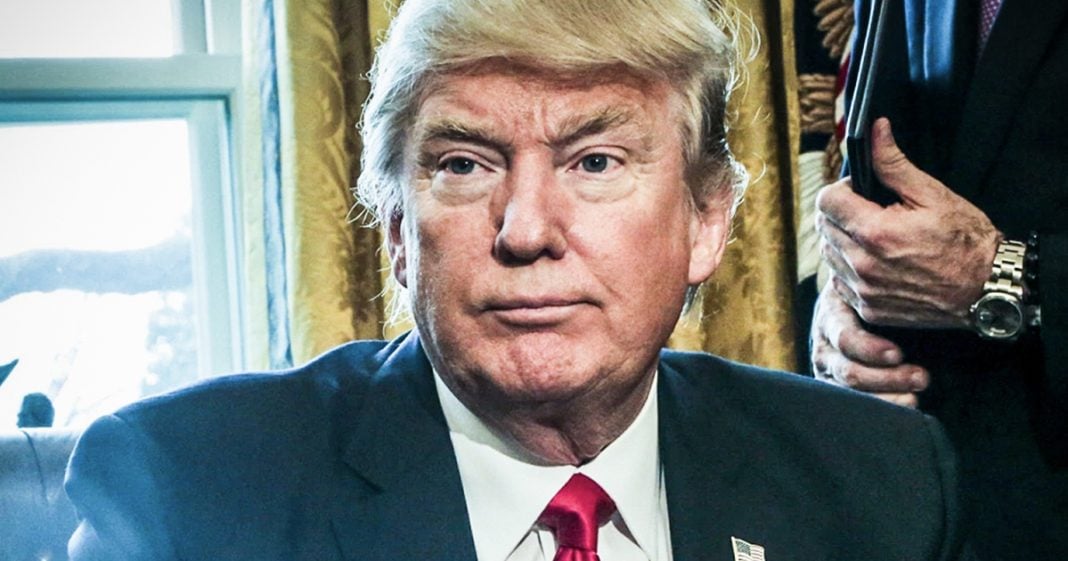 Donald Trump’s EPA is now looking to roll back another Obama-era rule that limited the amount of toxic pollutants, including heavy metals, and if they are successful, we could be looking at an additional 11,000 American deaths per year. The Mercury and Air Toxics Standards rule prevented some of the worst pollutants from going into the air, and now the Trump EPA wants to let them back in. Ring of Fire’s Farron Cousins discusses this.

A couple weeks ago I told you about a story where the EPA under Donald Trump had repealed a rule from the Obama era, one of the clean power rules that they had put in place, clean air rules, that could lead to an additional 1,400 additional US deaths per year according to the EPA’s own estimates. It was really bad. 1,400 American citizens dead every year just because they want to repeal this rule. Well, guess what folks, as is always the case, things just got so much worse. According to new reports, the EPA is considering repealing the Obama era mercury and toxic standards, the MATS rule, which actually limited the amount of mercury, acid, gases, and other toxics pollutants that could come out of power companies.

It reduced those things, mercury, acids, pollutants by 90%. This rule did that was enacted by the Obama Administration in 2012. 90% reduction in those. It is estimated to have saved 11,000 lives per year. Prevented 11,000 premature deaths by enacting this rule. Now, the Trump EPA wants to do away with it while admitting that yeah this means probably 11,000 people in the United States are going to die every year prematurely because we don’t want power plants to have to limit the amount of toxins they spew into our atmosphere. On top of that, we could also look forward to an additional 100,000 asthma attacks and heart attacks every single year if this rule is repealed. 100,000 people with additional asthma attacks or heart attacks in addition to 11,000 people being sent to an early grave just because we don’t want utility companies to have to limit their emissions.

That is what the Donald Trump EPA currently under Andrew Wheeler is working on right now. Now, they have a 60 to 90 day comment period on repealing this rule. I suggest anyone who’s watching this that happens to be an organism that has to breath oxygen to survive, maybe you should submit a comment to the EPA to let them know that you support the mercury and air toxics standards rule and that you want it in place because you’re not willing to take the risk of being one of those 11,000 additional people that are going to die or one of those 100,000 people that could have an asthma attack or a heart attack with these increased pollutants going into our air. Maybe, you should submit a comment if you care. Maybe, you’re a gambler.

Maybe, you think it’s not going to happen to you or anyone that you care about. But let me tell you, when we’re dealing with overall 111,000 people who are going to directly suffer from the repeal of this rule every single year just so corporations can make a few extra dollars by not having to clean up their messes. Eventually, it is going to affect someone that you care about, maybe even yourself. I strongly suggest that everybody watching this, everybody who can hear this, submit a comment to the EPA and let them know that you will not tolerate them rescinding all of these Obama era rules to send people to an early grave just to give corporations a few extra dollars a year.