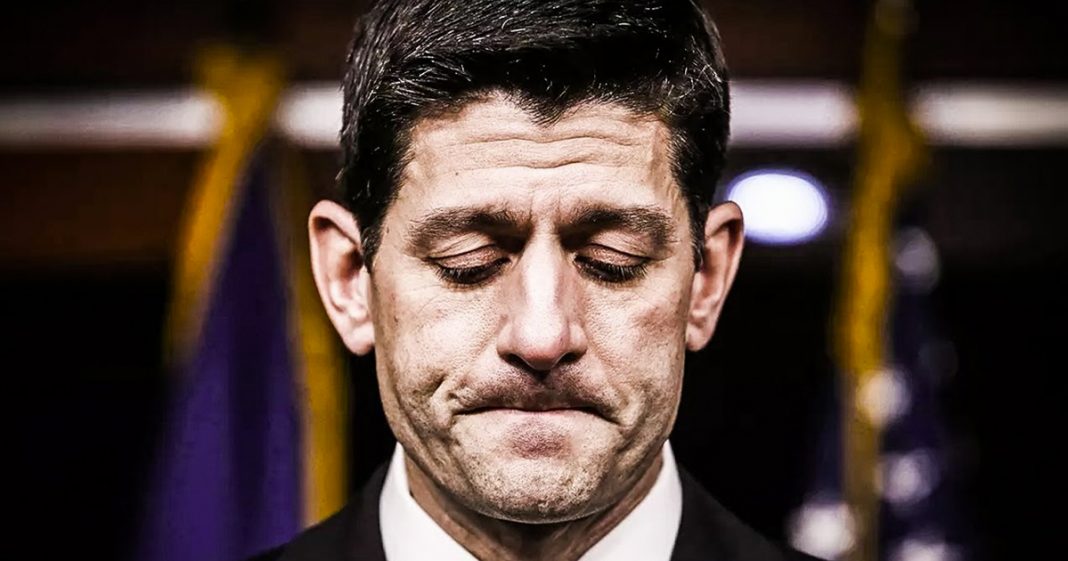 The Republican Party is already conceding the 2018 midterm elections with their recent decision to cut campaign funding to Republicans in vulnerable or weak races where they don’t see a path to victory. Politically, this is a smart move, but it also shows that the Party knows that this year’s midterms will be a massacre for the Republican Party. Ring of Fire’s Farron Cousins discusses this.

The Republican party is scared stupid right now over the fact that they are most likely going to lose in this year’s midterm elections. In fact, party officials have admitted that they’re probably going to lose upwards of 45 seats. Now given the fact that they only have a 23-seat majority right now, losing 45 would obviously give the Democrats a pretty big advantage in the U.S. House of Representatives.

So, expecting major losses, the Republicans have done the only sensible thing that they know how to do. They’re cutting off vulnerable Republican candidates and saying, “Guess what? You’re on your on. We’re not going to give you any money anymore because we’ve got to focus our money where it might actually make a difference.”

The Republican party is actually ready to concede multiple races, all throughout this country, because they know that no matter how much money they spend it’s not going to save some of these people. And some of them are conservatives that you’ve probably never heard of. They’re not running really good races. They don’t have a record of personality or any kind of charisma, facing very tough Democratic challengers. So yeah, makes sense to not spend money on those.

Others include Duncan Hunter, out there in California, who at one point was a safe bet but now may end up going to jail. He’s going to have to actually campaign while also being on trial. Probably not going to work out in his favor, regardless of how the trial goes. So he’s one of the ones that Republicans are willing to cut off, if necessary, in order to focus that money on areas where they think it can actually make a difference.

It’s very rare that we get the Republican party, especially in the era of Trump, admitting that reality is reality. But that is exactly what party officials are doing right now. And to be honest, I feel like they deserve a little bit of credit for it. Yeah! They’re admitting that they’re going to get their butts kicked. And that is a positive step for this party that has consistently denied what we can see and hear for the last 18 months.

They’ve finally stepped up and said, “You know what? We know we’re not going to win in the midterms. We’ve got a couple of people that are running for re-election that we would like to see back in January, so we’re going to spend our money on them.

And if you happen to be one of those Republican who’s been revealed to, I don’t know, post racist things on Facebook or show up at white nationalist rallies, or maybe you’re under indictment, or maybe nobody knows who the hell you are … sorry, but you’re on your own so you better hope you can raise money from all those hate groups you associate with, because you’re not getting another dime from the GOP.”