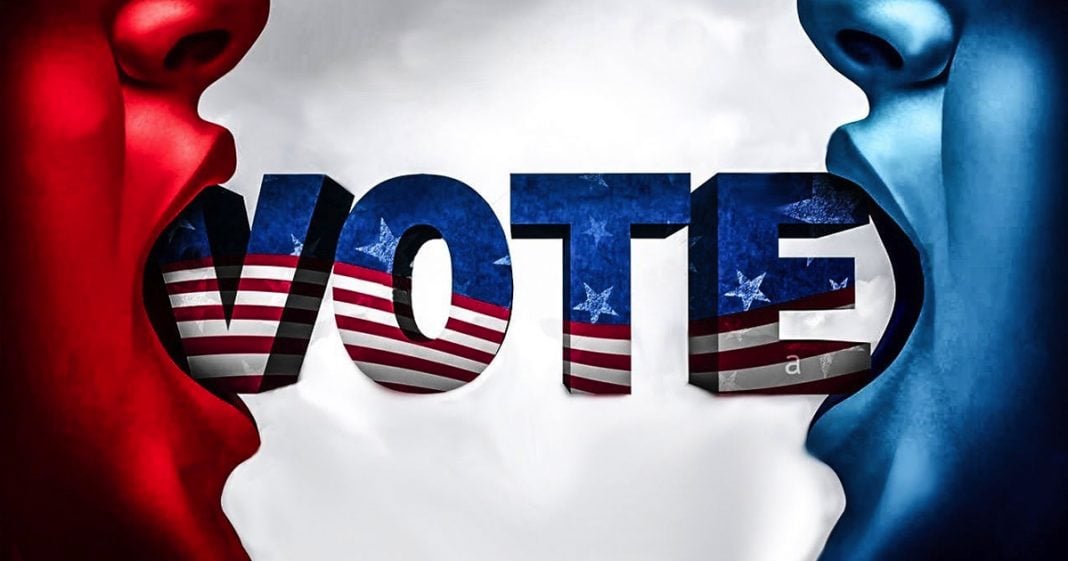 Yes, there is a difference between Democrats and Republicans. Ring of Fire’s Farron Cousins discuss this issue.

All right, so we spent a lot of time in this episode talking about all of the horrible things that Republicans have done recently. We talked about a very good thing that Elizabeth Warren is doing right now. We talked about Bill Nelson from the state of Florida running for reelection, Democrat for Senate, not such a good guy helping destroy the environment here in Florida. I bring all that back up to make this point. Yes, there is a difference between Democrats and Republicans. I know a lot of the talking points in 2016 where that, there’s not a whole hill of beans difference between Democrats and Republicans. So why vote, vote third party, blah, blah, blah. And essentially, you know, that’s one of the main reasons, one of the big reasons I can’t say main, but a big reason Trump was able to win. Most people didn’t think he would, but at the time those assessments were 100% accurate.

There wasn’t, on the surface from what we could see, a ton of difference overall between the Democratic Party and the Republican Party. Not the candidates, but the parties. I think today, in the last few months, we’ve seen a bit of a sea change. A lot of it has to do with some of the progressives, the democratic socialists that have seen victories and is across this country. I think there is a difference now. There’s not enough of a difference yet, but a difference is happening. A differences coming, a difference is currently being made. And do you know why ? It’s because these people didn’t abandon the party. I know after the 2016 a primaries, there was this Dem exit, you know, walk away, leave the Democratic Party. They screwed over Bernie, and they did. There’s no denying that, it happened. They did. It sucks, it was crappy, they did it, but those of us like me, I stuck with it.

I’m still a registered Democrat. As of right now, that’s not going to change. I’m heading into these midterms as a registered Democrat. My primary’s here in the state of Florida coming up in a few days. I’m going to be voting in those as a Democrat. But I do believe we’re starting to see a shift in the party, and it’s because enough of us stayed to help force it to the left like we should. Alexandria Casio Cortez, that is the story, right? There’s a democratic socialist. Came from working in the restaurant industry, to a candidate who unseeded this massive democratic establishment opponent. A guy that had been in Congress for more than 10 years, defeated him. That’s massive. And then the other victories in the Midwest with candidates just like her. That is what is possible if we stay with the party.

It’s easy to criticize the Democratic Party. They absolutely deserve it. They’re, really not that great at the heart right now. But leaving them, and just saying, “You need to change or I’m not coming back.” How are they going to change if the people who want it to change leave? If you want to change it, you gotta work for it from the inside. And some of the people who have left are still trying to change it from the outside, and they could come back. There’s a lot of them in progressive media, who’ve walked away from the Democratic Party. They still criticize it, but they still want it to get better. They want it to be the party that we once thought it was. They want it to be the party of FDR again. So I am not faulting those people at all.

But there are a lot of voters out there who still carry on with the, “Bernie or bust.” Still carry on with the, “I’m with her.” And at this point we got to get past 2016, whether you’re happy or sad with the results. We understand the Democratic Party, the DNC was rigged. They sucked. But we can’t hold that grudge forever. We can always remember how crappy they were, and we can actively work to not let them get to that point again. To make sure that we present it, to make sure that we have a party that’s proud to add a part of their platform that says, “We’re against fracking.” Which isn’t the Democratic Party right now, but it could be. It could be if we push it. It could be if we remake it, it could be if we stay with it and change it from the in side.

Now I say all that and I have to say this as well. That does not mean that as we get to the midterms, the Democrats just deserve your vote because they’re not Trump. Nobody is owed a vote, in terms of a candidate or a party. You’re owed a vote as a citizen of the United States, and you can spend that vote however you want. If you want to vote third party, I’m not going to discourage you and I’m not gonna talk down to you for doing it. Because if you vote third party, that means the Democrats didn’t earn it, and the Democrats have to understand that. Nobody is basically deserving of a vote. If you want it, you need to go out there and earn it.

That is the message for the 2018 midterms, and that is the message I leave you with today. But for more Ring of Fire, find us on Youtube at youtube.com/TheRingOfFire. Follow me on twitter @FarronBalanced, and you can follow the show @RingOfFireRadio. Thank you for watching and we’ll see you next time.