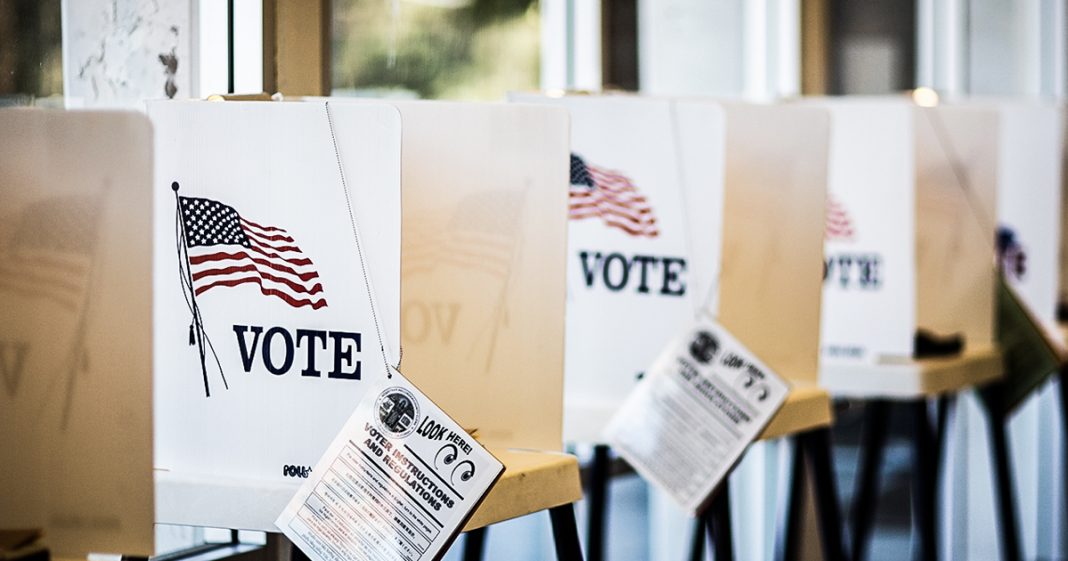 According to the latest round of polling, Millennial voters say that they would prefer Democrats controlling Congress over Republicans. Unfortunately, only about half of them say that they actually plan on voting this year. Given what’s at stake in this country and for the future, not voting is not an option, but its up to the parties to convince these young Americans to get to the polls. Ring of Fire’s Farron Cousins discusses this.

Well, there’s some good news and some bad news for the Democratic Party right now. And the good news is this: millennial voters, by 59%, actually say that they would prefer the Democrats to be in charge of congress instead of the Republicans. And in case you haven’t been paying attention, millennials actually make up the largest voting block in the United States today, and almost 60% of them say they want Democrats in congress, not Republicans. That’s the good news.

The bad news is that only about 55% of them say that they are extremely likely or even probably likely to vote in this year’s midterms. That’s not just bad news. That’s horrible news, and not just for the Democrats in general. This is bad news for American democracy, our democratic process. Okay? We need everyone to participate that is able to participate, and if you’re not able, hopefully we can find a way to get you involved as well. These are the young people in this country. This is an age group I actually happen to be a part of. I’ve already voted in my primary. I 100% will be voting in the midterms, have not missed an election since I turned the age of 18, which unfortunately was a few months after the Bush/Gore election, so really sad I didn’t get to cast a ballot in that.

But if they stay home, then they’re giving up their choice to find people to help fix these problems. And that’s what’s not acceptable. I understand if they don’t want to vote, if they think it’s stupid. I don’t agree with it, but I understand it. Maybe they’re busy. But if that’s the case, then I hate to sound like one of those folks, but you don’t really get to complain when the country continues to go to shit, because you could’ve done something about it. You could’ve gone to a polling place. You could’ve asked your friends or your neighbors, “Hey, I know you’re going to vote. I can’t drive myself. Maybe you could drive me up there and I could just run up there with you real quick.” You can take a bus, call an Uber, call a cab, call whatever you have to do. Lyft has said that they’re going to be offering free rides in some areas on election day this year. Take advantage of that.

Get out there and vote, but before you do, educate yourself. And this is not a pitch for the Democratic Party. The Democratic Party is not owed the votes of this generation. They have to earn them, just like Republicans would have to earn them. They need extensive outreach at this point, because it’s not just on them. Okay? These people who say they don’t want to vote may not think that they have a reason to. They may not think that there’s any difference between the candidates on the ballot in their district, or their state, or whatever. There is, but they may not know about it. They may not sit there all day long reading political articles or watching videos like this online.

So it’s up to those candidates to reach out to those voters and say, “Hey, let me tell you why I’m different. Let me tell you why I feel like I should earn your vote here. Let me try to earn it by sitting down and talking to you, and to your group of friends, or to your school, to your community.” With the proper outreach, we can turn that 55, perhaps, into a 75, maybe into an 85. That would be unprecedented. And the biggest thing that the millennials have to understand is that they are the largest voting block out there in this country. So if they want to see real change, it is 100% in their hands. All they have to do is show up in November and vote.