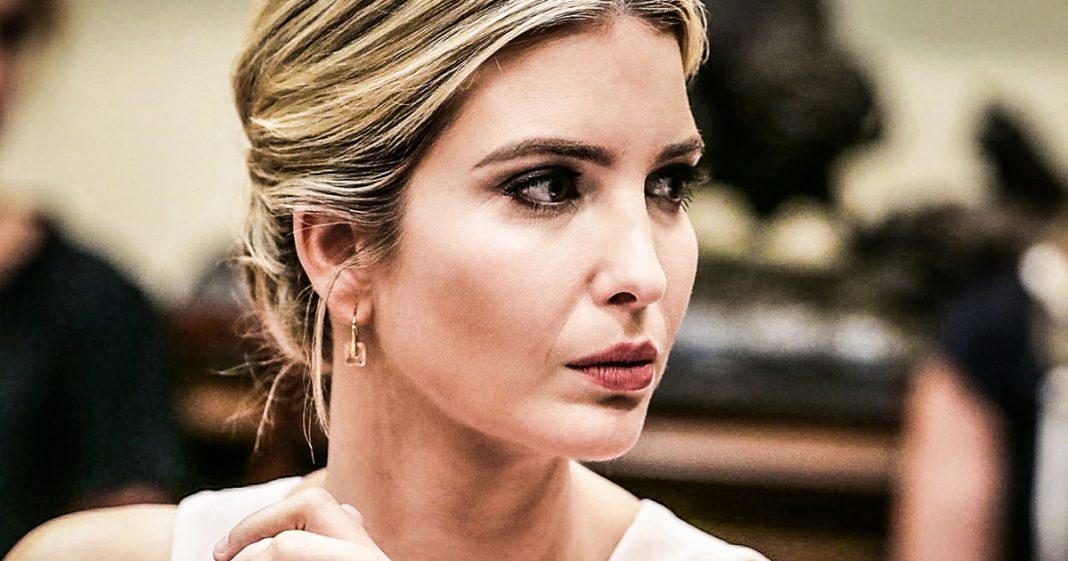 Ivanka Trump may seem like she’s just passively complicit with the horrible policies of her father, but as we learned this week, she’s actually an active participant in some of the truly ugly things coming from this administration. Specifically, a FOIA request has revealed that Ivanka played a role in the decision to roll back the equal pay rule that sought to close the gender pay gap. Ring of Fire’s Farron Cousins discusses this.

For a little more than a year at this point, Ivanka Trump has been slammed as being complicit in all of the horrible things that her father has done since he became President. A few months ago, well many months ago at this point, she actually came out and said, “Listen, people need to lower their expectations for me because I’m not really able to change my father’s mind on issues, a lot of the time.” Well, we learned this week something different.

Ivanka Trump is not complicit. She is an active participant. According to recently obtained documents, from the group Democracy Forward, after they filed a freedom of information request to the office of management and budget. Turns out Ivanka Trump has had her hands in some of the horrible policies that she once claimed to be 100% against. These new documents have blown the lid off the Ivanka is simply complicit argument.

Now, she is 100% involved, and pretending that she is not as horrible a person as her father. Now the specific documents that Democracy Forward got in this instance, have been referred to the equal pay rule that was put in place during the Obama era. What that rule did, was required employers to submit salary data to them, so that they could compare what they’re paying the men, what they’re paying the women, you know, what … based on what positions and whatever, to determine if there was any kind of pay discrimination happening at those companies.

Pretty straightforward, right? They just wanted to know who was discriminating so that then they could take action because yes, that is against the law. Well, the particular rule that Trump got rid of, he doesn’t want to get that reporting anymore. His departments do not want to know, and if you don’t know, then you can’t enforce the actual rule saying that you can’t discriminate in pay.

Now when it happened, when he repealed this rule, Ivanka came out and said, “Oh, this is really sad, you know, but hopefully we’re going to work on this. We’re going to get a better rule.” But these Forward documents show that Ivanka was present at the meetings, that these meetings were actually rescheduled around her schedule so that she could be there to help them dismantle the rule. And to help craft snappy little statements to basically pretend like they really cared about it, and they’re not destroying it, they’re trying to make it better.

Ivanka had a hand in this. Ivanka was not complicit. Ivanka helped destroy it. She is no champion for women. She is no champion for human beings. She hasn’t been a champion for the environment, for American workers, for anyone. This woman, for all practical purposes, is no different, at all, than her disgusting father. She just happens to not be as abrasive on the surface as that man, but I can guarantee you, as time wears her down, she’s going to become just as horrible publicly as she is privately.