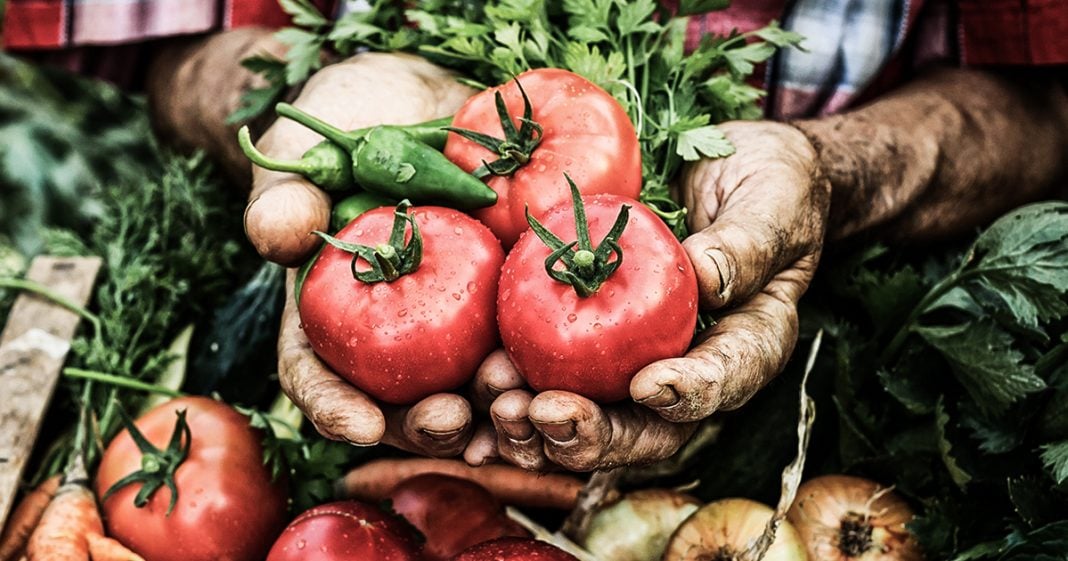 The US Department of Agriculture released their blueprint for the “temporary relief” plan to bail out US farmers that are suffering under Trump’s trade war policies, and the total price tag right now is going to come to $4.7 billion. The President created this mess on his own, and now he wants to spend our tax dollars to bail out these people so the Republicans don’t lose any farmer votes in the midterms. Ring of Fire’s Farron Cousins discusses this.

Donald Trump’s trade wars are still wreaking havoc on farmers all throughout the United States. While most of them admit that Donald Trump’s trade wars are 100% to blame for the woes that they are currently facing, some of them still say that even if you destroy their business completely they would still blindly support him because that’s the kind of sheep that they are. But sensing that this could be an issue that could hurt Republicans in the midterms this year, Trump decided a while back that he was going to give these farmers that he had personally put in danger a major bailout. Well this week, we got the numbers on what the government is going to spend and how much money they’re going to hand out to these red state farmers so that they don’t go and vote for Democrats. The cost of those votes is 4.7 billion dollars.

The reason I say the cost of those votes instead of the cost of the bailout is because Donald Trump doesn’t care about these people, he doesn’t care if their farms go under, he doesn’t care if they lose everything and fire all their employees or if the economy in those areas slows to a crawl because nobody has any money. No no no. This is 100% about shoring up the Republican base ahead of the midterms. Now we, the US taxpayers, are going to spend 4.7 billion dollars so that these red state farmers continue to vote Republican. That’s what this story is actually about. It’s not about a bailout, it’s about buying their votes with our tax dollars.

Again, Trump knew that this was going to happen to the farmers. He was warned by his economics advisors that trade wars are going to kill the crops here in the United States and make them unsellable. He did it anyway because he didn’t care. He didn’t think there’d be any ramifications for him, but now that things are kind of heating up and it’s looking like he could end up impeached before the end of his first term if Democrats take back the House and Senate, now he’s worried. Now we’re the ones footing the bill. Now I do have sympathies for some of these farmers out there. They should not be losing their entire way of life, they should not be having to fire people. Yeah, they do need help. What could help them most is for Trump to simply get rid of the tariff’s that he put in place. That’s it. That’s all he has to do. That doesn’t cost anyone a dime. He doesn’t have to shell out close to five million of our dollars just to buy these people’s votes back to the GOP.

We’re living in a time when Republicans are working everyday to cut social security, to cut Medicaid, to cut Medicare, to cut Snap food stamp programs, to cut after school programs for underprivileged kids because they don’t have any money, allegedly. Here they are, about to write a check for close to five billion dollars just to make sure that they can count on those red state farmers to continue to vote Republicans at least until after this year’s midterms. If they’re still struggling after that, who knows? Who knows how much money we’re going to have send them, because even just giving them this to allegedly fix their livelihoods, this is a band aid. This is a 12 month at best band aid that is going to wear off before the end of Summer 2019. If Trump hasn’t ended his trade wars by then, these people will be right back in the same situation coming to the government for a handout and the Republicans not wanting to lose again in 2020 will more than happy to hand over all of our money for the sake of a few thousand red state voters.