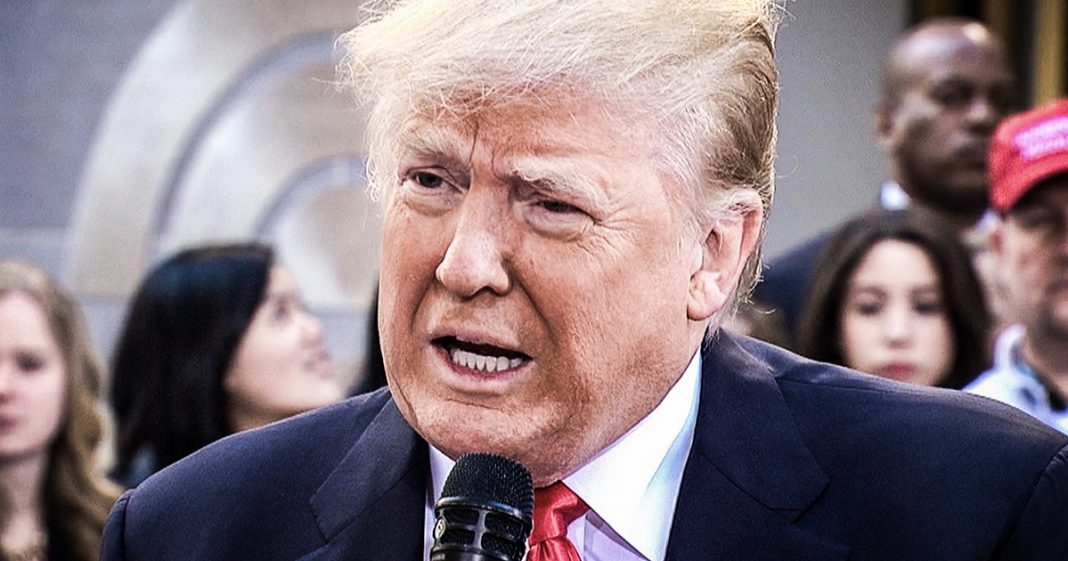 Conservative Washington Post columnist Jennifer Rubin has a scathing new op-ed out claiming that Donald Trump is too emotionally and intellectually unstable to be fit to serve as President of the United States. She makes some pretty solid points, and Trump’s instability is on full display on a near-daily basis, so maybe conservatives need to start listening. Ring of Fire’s Farron Cousins discusses this.

Conservative Washington Post columnist, Jennifer Rubin, issued a scathing assault on the President this week in the pages of the Washington Post. In her writing, Rubin, again, a Conservative, says that Donald Trump is too emotionally and intellectually unstable to even be considered fit to be the president of the United States. I agree with Jennifer Rubin’s assessment 100%.

I want to read you this quick little excerpt from her piece here. This is phenomenal. “This is what comes from electing someone emotionally and intellectually incapable for seeing beyond his own emotional needs or understanding the moral authority a normal president enjoys by fulfilling the role of head of state. Trump’s lack of decency, civility and respect for others’ accomplishments prompt him to attack Americans (especially minorities) who disagree with him; in turn, Trump’s conduct provokes honorable people to shun the president.”

You know, there’s been a lot of Conservatives like Jennifer Rubin that have come out in the Trump era and said this isn’t the kind of guy Republicans should rally behind. This isn’t the kind of guy we need serving in the White House. There is something wrong with him. Unfortunately, there are too few people like Jennifer Rubin. Aside from this issue, I can promise you, there’s probably nothing else that I agree with Jennifer Rubin on. But this is something that we can agree on.

Donald Trump is not emotionally fit to be the president of the United States. We all know he’s not intellectually fit. There’s no sense to even get into that. We know that. But the emotional one is one that too many people or too few people, I should say, have not talked about. We’ve talked about his potential mental illnesses, what could be wrong inside his brain. But his inability to control his emotions is perhaps his greatest liability and the greatest threat to American national security.

George W. Bush was attacked as one of the dumbest people to ever hold the office of the presidency, which he was. He was attacked because he couldn’t even string a sentence together and he would make up words. Did he go out there and give angry press conferences, attacking people, saying, “How dare you call me stupid? You’re stupid.” No, he didn’t. Even he, as horrible as he is, was able to hold it together and keep his composure. Yes, sometimes he acted very juvenile and immature up there at the podium, but not towards the people mocking him. That’s the difference.

Trump can’t take the criticism. He takes everything personally and everything seriously, even when sometimes you got to let it roll off the back, which is one of the reasons I don’t like to read comments on Twitter, Facebook, or YouTube, but I do it. I don’t lose my cool. I don’t fly off the handle. You got to let it go. But that’s something Trump’s not capable of doing. It’s bad enough when it’s a reporter writing something unpopular about Trump, somebody saying something that’s true, but not flattering, but it’s an entirely other thing when you have a man who has to deal with world leaders who clearly don’t like him and deal with other countries who protest him. It is that emotional instability of the president, combined with that global hatred of him that could get the United States into some kind of catastrophe because Donald Trump doesn’t have the emotional stability to reign himself in and let these protests or these attacks on him roll off his back. If somebody attacks him, he will attack back, factual or not. That’s what makes him so dangerous. He is easily provoked and really anyone that wanted to start a fight with this man knows how to do it. They know how to push his buttons. He’s easily readable. That’s why he’s so dangerous.