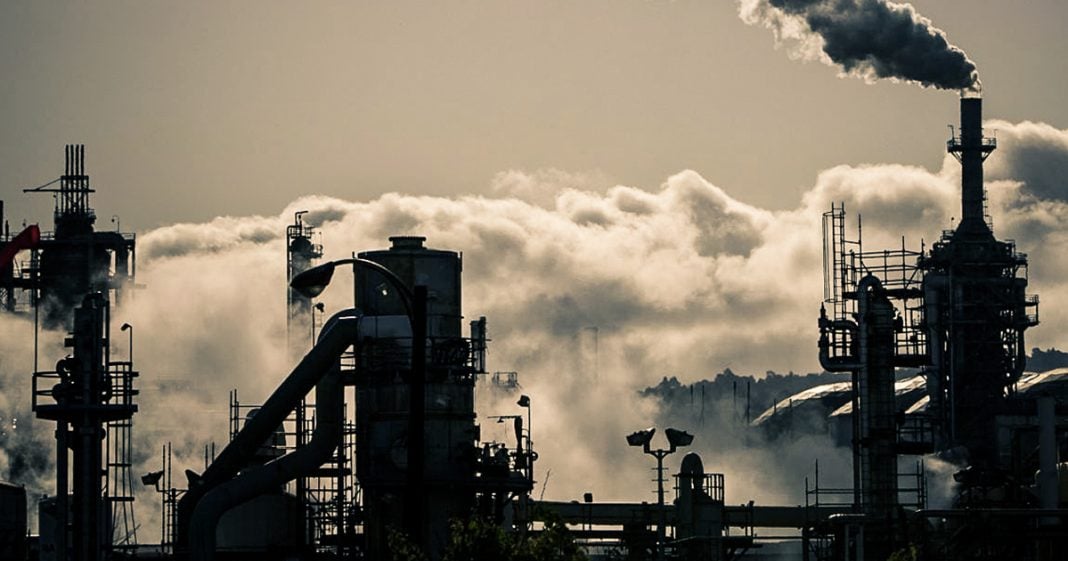 Under Donald Trump, the Environmental Protection Agency has become the Corporation Protection Agency, as nearly all of the decisions and rules that have come from the group since Trump took office have been aimed at cutting back safety protections for American citizens and lowering regulatory costs for businesses. We ALL suffer as a result of this, including the folks at the top saving all the money. Ring of Fire’s Farron Cousins discusses this.

One of the worst things that has happened since Donald Trump became President of the United States is that he has absolutely dismantled the Environmental Protection Agency. Yes, he’s caused damage at every single other government agency, where he’s put in his self-picked little crony to go in there and dismantle it, but nowhere has the damage been greater than at the EPA. You know, the EPA has always, at least since the Bush years, kind of been doing things for the oil industry, but then they also kind of have to do things to protect the public’s health, even though the industry doesn’t like it. The same thing happened during the Obama years, except it was a little more for consumers, but corporations still got what they wanted every now and then.

Now there was a great op-ed recently in The Post Star, where they talked about the fact that, yeah, we learned last week that the Administration, the new rule they put in place, is actually going to kill as many as 1400 Americans every single year, by the year 2030. Fourteen hundred American citizens every year, dead, because they want to give corporations a little bit more of a break, and let them dump their toxic waste wherever they want, spew in the air, dump it in our water, dump it in the soil, doesn’t matter. Just do whatever you want. Those 1400 people a year who die will understand that they died a noble death, protecting corporate profits.

We are cannon fodder for them. I hope you folks realize that. We have become replaceable, worthless dregs, basically. If we get poisoned from corporate pollutants, oh well. If we go to the hospital because of breathing problems from the increased particulates in the air, oh well. That just makes more money for the hospital corporation and the health insurance company and big pharma.

When we get sick from this corporate pollution, it helps other corporations make more money, so hey, everybody wins, right? Except, of course, the people who develop cancer, when Dupont dumps their latest poison into their water supply, or when Monsanto comes out and sprays us with their cancer-causing agents, without warning us about the dangers. Corporations are at a point, here in the United States, where they absolutely have to be reined in. One of the best agencies to do it is the EPA, but Trump came in and made absolutely sure that this EPA was no longer going to do their jobs and protect the American public and protect the environment. They are now 100% an arm of industry, and their only goal at this point is to protect corporate profits, even at the expense of American lives.