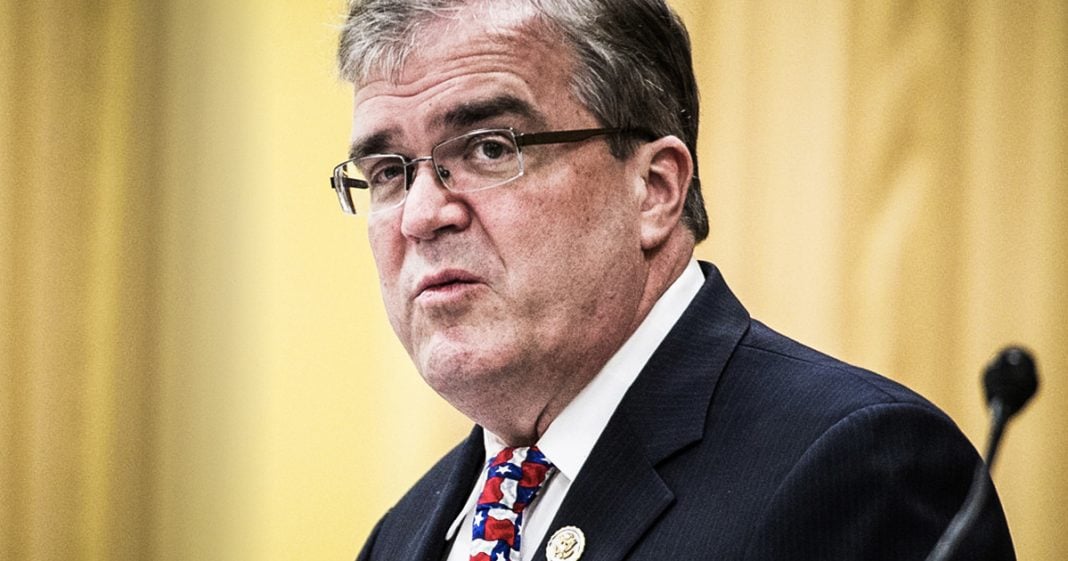 Republican representative John Culberson from Texas has been caught using campaign funds to buy rare fossils – a move that is 100% illegal – and instead of fessing up to his criminality, he’s decided to blame his purchase on climate change. In an effort to seem less corrupt, Culberson says that he bought the fossils to better understand climate science. Ring of Fire’s Farron Cousins discusses this.

Republican Representative John Culberson from the great state of Texas has come up with what might be one of the best excuses ever to cover up his own corruption. His excuse is that he was trying to learn about climate change. Now, here’s the backstory. Culberson from the state of Texas serves in the US House of Representatives spent $50,000 out of his campaign funds on a bunch of Civil War memorabilia, a bunch of fossils, and I’ll tell you why I put that in quotes in just a moment, but a bunch of fossils from this company. Basically just stuff that he wanted. He saw it. He was like this looks really cool. I’m going to dip into my campaign funds even though that’s 100% illegal and I’m going to buy this stuff because this would look really cool in my office or my house.

When he got popped for it, his aides came to his defense said no, no, no, no, he bought this because he’s trying to understand paleoclimatology. He wants to look at the fossils and kind of help determine what the carbon levels were of those times. It gets worse, folks. Trust me here. He bought the fossils from a company that actually sells replica fossils. They’re not even real fossils that this moron bought, but he somehow having no advanced degree whatsoever is going to look at these fake fossils and determine what the carbon levels in the atmosphere were during the time period during which these animals lived. I would love to see this. I would love to see this man, John Culberson, have to go into a lab and take his fake fossil and just set up video camera just to watch what happens.

Just say all right, you want to do what you said you to do. Go for it. Go do it. Go do the thing. Go show us how you determine from your fossil there what kind of carbon was in the atmosphere those days. Here’s the biggest kicker in their climate change studying defense, Culberson doesn’t even believe in climate change. Not only is he not going to be able to study the carbon output at the time because he doesn’t have a degree and doesn’t know how to do it, but, number two, he also bought a fake replica fossil, so there’s no information can be gleamed from that, and, three, he doesn’t even think that what he could potentially be looking for is real. This man, Culberson here, aside from the fact that he committed major campaign finance violation should go to jail, should be kicked out of office, he represents absolutely everything that the Republican Party stands for today.

Science denial, corruption, and coverups. He is the trifecta, the holy trinity of Republican stupidity and corruption. I hope that everyone understands that he Republican Party of today is filled with people just as dumb and as just as corrupt as John Culberson.