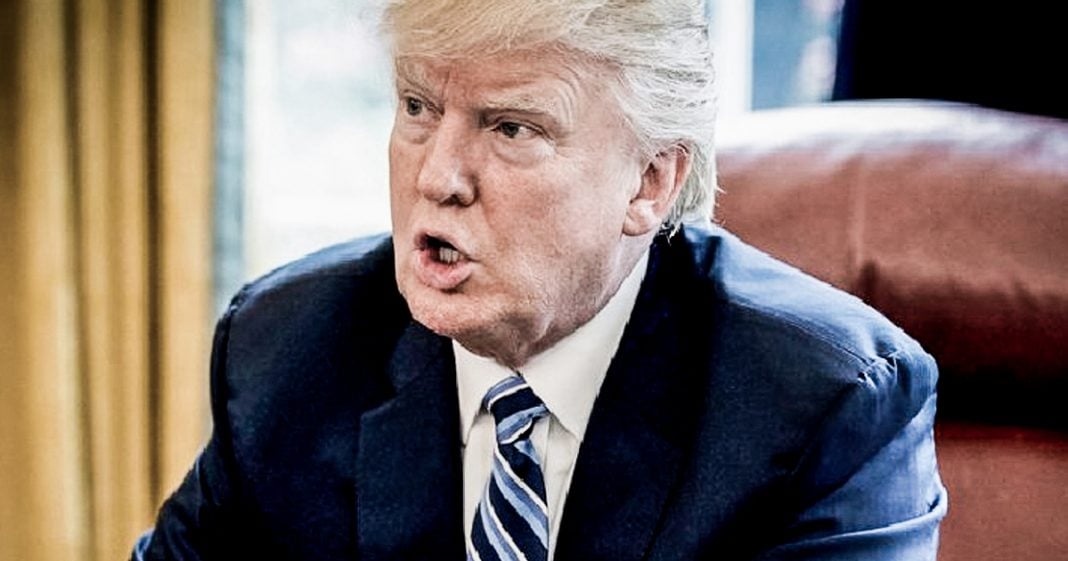 Democrats on the campaign trail might be avoiding the “I” word (impeachment), but that doesn’t mean that they aren’t thinking about it constantly. But in addition to their fear of alienating moderate voters by talking about impeachment, they also want to make sure that if they move for impeachment they have the strongest case possible, and they don’t have it yet. Ring of Fire’s Farron Cousins explains why this strategy is the best course of action for the Democratic Party.

We’ve talked a lot this week and last week about the fact that Democrats are not out there talking about impeachment on the campaign trail, and why that is a good thing. They need to be focused on the issues and not impeachment, and they understand that. That’s part of the reason they’re not falling into this impeachment trap that Fox News and other Republicans trying to get them to fall into, but there’s another reason why Democrats are not out there talking about impeachment right now, and that is because when it comes time for that, they want a bulletproof case against the president. Now that is something I have been saying for the last 12 months. I want 100% support impeaching the president, but are we there yet?

We had some democratic members of the House of Representatives meaning well, introducing articles of impeachment last year. They didn’t have a case back then. They had a little bit of evidence, but not enough to build an entire case for impeachment around. They did it for show. They did it to give the people hope that somebody in there in the House of Representatives was working for them, trying to get rid of this psychopath in the oval office. I understand why they did it, but they almost burned down the whole damn thing, just to throw voters a quick bone that immediately went away. We get one shot at impeachment, okay? You get one chance really, and if it fails, the support for the President of the United States, Donald Trump, as horrible as he is, is going to go through the roof. Republicans are gonna see it as vindication if we try and fail for impeachment. They’re gonna say that, “Look, he did nothing wrong.” A failed impeachment effort built on a flimsy case will almost guarantee a Donald Trump 2020 presidential campaign victory, so Democrats have to be smart.

They can let people like Tom Steyer, the billionaire Democratic donor out there. He can talk about impeachment. Let the media talk about impeachment and help build the case for it with the public, but these senators and members of Congress, they’re best serving the country by talking about the issues. Build the case behind the scenes. Wait for Robert Mueller’s investigation to conclude and get that final report. Wait for the investigation in New York to conclude. That’s the one that Trump is really worried about. Once you have all that evidence, once you have charges that can be filed, that’s when you move forward, but not until then.

Yes, if Democrats today had the majority in the House and Senate, it’s likely they could pretty easily get impeachment going. I mean we’ve got enough evidence to build a weak against the president, but flipping the majorities, would make that weak case a little stronger. Democrats want to make sure, and for the good of the public, have to make sure that whatever case they build is something that even the Republicans in Washington DC have to look at and say, “You know what? Yeah, this guy’s gotta go,” and unfortunately we’re not there yet. We will get there, but we’re not there yet.