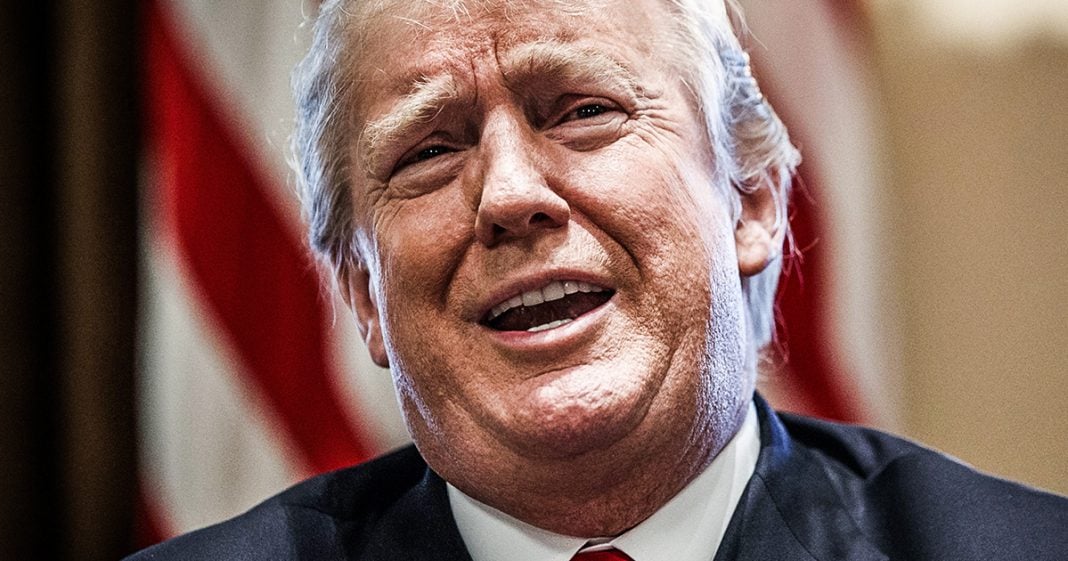 Donald Trump is obsessed with his poll numbers, going as far as tweeting out completely fabricated poll data earlier this week by saying that his approval rating is at 52% (that’s actually his DISAPPROVAL rating.) But here’s a poll he needs to know about – 41% of people now say that he is the worst president in US history, according to a new YouGov poll. Ring of Fire’s Farron Cousins explains the poll.

Now, before you get excited thinking Trump’s going to go down as the worst president in history, just remember that the same thing was said about George W. Bush when he was in office. And currently, the number of people who rank him as the worst is only 5%. 5%. He’s actually tied with Nixon at 5%. Barack Obama, on the other hand, was at 28%. 28% of people in this country said Barack Obama was the worst president in the history of the United States.

Now, that I do take you issue with. I had a lot of problems with Barack Obama not being progressive enough while he was in office, talking a big game on climate change, but also allowing fracking and drilling and pipelines and all kinds of things to run rampant throughout this country. But worst? No. By no stretch of the imagination was Barack Obama even anywhere near being the worst president we’ve ever had. So I’m assuming there was a lot of angry, bitter conservatives who watch Fox News all day long, probably 28% of the people who took the poll, I’d imagine at this point.

But none the less, that 41% number for Donald Trump should scare him. 41%. I mean we’re approaching half the country actually thinks he is the worst president in the history of the United States. And I always go back to Bush with this, though, because I got to say I kind of feel like Bush was worse. When you look at what Donald Trump has actually done in terms of policy, how is it any different than what happened in the Bush years? I mean, yeah, Donald Trump is letting missiles fly and killing civilians overseas but nowhere near as much as Bush did. I mean, yeah, there’s lying and there’s corruption on a daily basis, but we had that back then too.

So I don’t understand why this revisionist history is taking place. George W. Bush was awful. Donald Trump is awful. But for Bush to only pull in at 5%, that’s what I think bothers me the most about this poll. He was God awful, and if he doesn’t go down as the worst president in history, then obviously, he’ll be going down as the second worst president in history behind, of course, Donald Trump. There is a very good competition between those two. But I think at the end of the day, at least right now, Bush is going to go down as the worst. Trump will be the second worst. But let’s just see if he tweets out about this poll as much as he likes to tweet out about all the other ones.