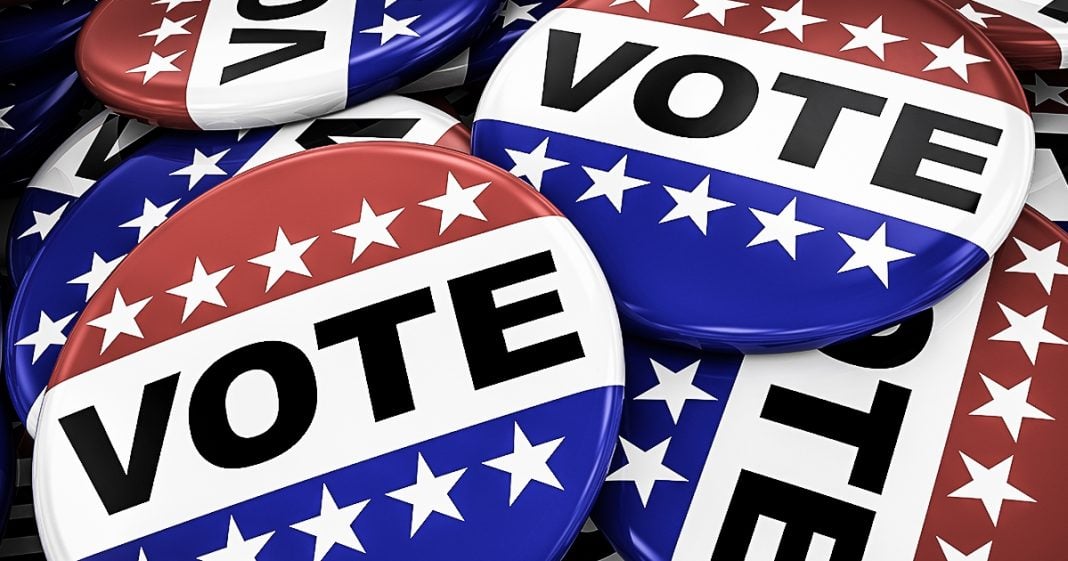 A document that has been leaked to the press shows that Republicans in DC already know that they are going to lose big time in the coming midterm elections, and they are warning one another about the potential investigations that Democrats will launch once they take power. The document is believed to have originated from a House Republican’s office, though it is unclear at this point which Republican created the list. Ring of Fire’s Farron Cousins discusses this.

You know, recently we’ve seen Donald Trump tweeting a lot about the “Red Wave” that he is predicting will come in this year’s midterms, which is I guess supposed to counter the phrase, “Blue Wave” that the Democrats have been predicting, and Republicans, too, are talking about, “Yeah, maybe there’ll be a red wave, not a blue wave. Yeah, we’ve got this in the bag.” Or at least that’s what they’re telling us publicly.

But apparently behind closed doors in Washington, D.C., members of the House and Senate on the Republican side are freaking out because they’re expecting what they’re actually calling a midterm massacre. They understand that there is no chance in hell of the Republican Party holding on to the US House of Representatives and it’s becoming increasingly likely that they’re also not going to hold on to the Senate.

We know this because they accidentally leaked a document earlier this week talking about all of the horrible things that are going to happen to them when Democrats do take over. Not if, but when. That’s what Republicans in D.C. are predicting and here are some of those absolutely horrible things they’re predicting. They’re predicting investigations on Trump’s tax returns, Trump family businesses, Trump’s dealings with Russia, the payment to Stormy Daniels, James Comey’s firing, Trump’s firing of US attorneys, Trump’s proposed transgender ban for the military, Treasury Secretary Steve Mnuchin’s business dealings, White House staff’s personal email use, Cabinet Secretary travel expenses and other misused perks, discussion of classified information at Mar-a-Lago, Jared Kushner’s ethics law compliance, dismissal of members of the EPA Board of Scientific Counselors, the travel ban family separation policy, response to Puerto Rico, election security and hacking, and White House security clearances.

Those are literally just some of the items listed in that leaked Republican document that Axios reported on that they’re worried about. The list is longer than that. There are even more things that these Republicans understand are going to happen. Here’s the thing. They wouldn’t be listing theses things if they didn’t know there was something there, if they didn’t think there was some kind of potentially illegal criminal activity going on in every single thing mentioned on that list.

Hell, we know that at least with the travel expenses of Cabinet members, we know that broke the law. They were allowed $5,000. Some of them spent upwards of $80 to $90,000. We know that Steve Mnuchin violated the travel laws by taking that private jet to go watch the eclipse on the top of Fort Knox. We know that there’s members of the White House who shouldn’t have security clearances yet do because they lied on their clearance forms. That’s against the law. We know that the President was involved in the hush money payment to Stormy Daniels and that that was considered an in-kind campaign contribution, which, again, 100% illegal.

Republicans are trying to warn themselves to get ready. Not to get ready for what Trump is going to do, but to get themselves ready in case any of them were involved with any of these scandals on the list. That’s what’s important here. They don’t care what happens to Trump. They wouldn’t care if Democrats were going to launch these probes just to take the president down. Right now, they’re trying to cover their own asses because they know that their hands are not clean in some of these activities, and they also know that the Democrats are going to kick over every rock and every rotting log that they possibly can to take down as many corrupt members of this administration and the Republican Party as possible. That is why Republicans are calling it the midterm massacre, because they know that they are all going down.