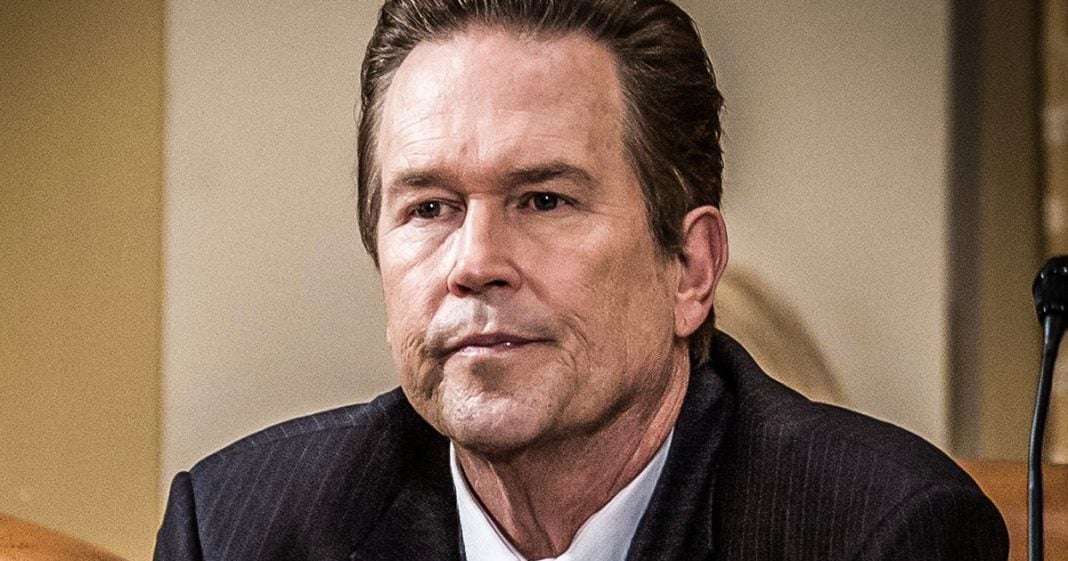 53 Republican members of Congress will pull in no less than $280,000 per year from the tax cut package that they passed at the end of last year. At the same time, real wages for American workers have fallen by more than 1%, and when adjusted for inflation, they’ve actually fallen by 3% in the last 12 months. We’re getting poorer while our lawmakers give themselves huge bonuses in the form of tax cuts. Ring of Fire’s Farron Cousins discusses this.

Well, the latest round of numbers are in, and as it turns out, only 0.007% of employers here in the United States said that they have or they plan on giving their workers a raise or a one-time bonus as a result of the Republican tax cut package. That number is even lower than previous surveys had found. Previously, it was about 13% said they had or would be giving bonuses or raises to their employees. Now it’s 0.007% are going to get anything from this Republican tax cut. And those are the workers.

The corporations, the companies, the business owners, they got their tax cut. But you know who else did? Republican lawmakers. And, hell, Democratic lawmakers, too. But Democrats voted against the legislation. Republicans, there are 53 of them in the US House of Representatives. 53 who are going to be getting a tax cut of at least $280,000 per year. They are so wealthy, these 53 Republicans, that they are saving $280,000 every year under their own tax cut plan.

Of course, let’s not forget poor little multimillionaire, Vern Buchanan, a Republican congressman from the state of Florida, who immediately after signing the legislation voting yes for it, went out and bought himself a multimillion dollar yacht literally that afternoon. He voted in favor of tax cuts. He knew he was going to save anywhere between 2.1 million and 5 million, and then later that day, went and spent, according to expense reports, anywhere between 2.1 million and 5 million on a brand new yacht. He literally calculated how much he was going to save from his own legislation, took that exact amount of money, and bought himself a yacht with it.

But you get nothing. You’ve got nothing from this Republican tax cut. Yet, right now, we have Republican politicians, Republican think tanks, Republican business groups out there running attack ads against people who had the audacity to vote against the tax cut package. Not because they want you to feel like you got screwed, but because they don’t want to get screwed if Democrats take back over Congress.

You see, these politicians, the think tanks, the business groups, they’re all funded by people who got the tax cuts. They’re not funded by the person out there working in the factory who was promised, according to Donald Trump, $9,000 a year. That’s what Trump said we were all going to get. $9,000. It turns out we’re getting roughly a buck or two per week maybe in tax savings. You won’t even see that until you go and file your taxes next April. But they’re getting $280,000. Donald Trump is getting millions. Some Republican members of Congress are getting millions.

Yes, some of the Democrats there, among the wealthiest as well, are getting tax cuts, too. But, again, they voted against it. They didn’t vote to enrich themselves. Republicans did, and they did it while lying to your face and telling you that you were the one that was going to benefit from this, not them. That’s what we get with Republican rulers. Lies, misinformation, and essentially swindling the taxpayers to make themselves wealthier. That is what we see every single time Republicans are in charge of our government, whether it’s federal or state.