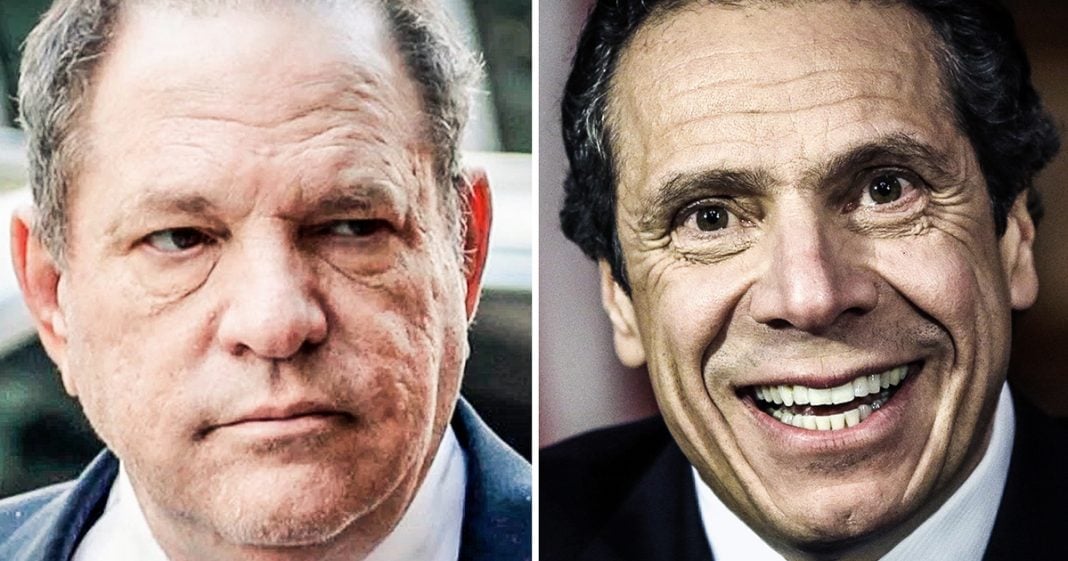 Andrew Cuomo officially represents everything wrong with the Democratic Party, and with humanity, in general. According to a shocking new report, Cuomo halted an investigation into the sexual misconduct accusations against Harvey Weinstein after Weinstein’s lawyers donated $25,000 to Cuomo’s reelection campaign. Ring of Fire’s Farron Cousins explains why this should be the end of Cuomo’s political career.

Last night was the New York Democratic gubernatorial primary debate between Andrew Cuomo and Cynthia Nixon. And depending on who you favor in that race, you’re candidate won the debate. That’s pretty much the analysis of anybody who watched it. If you were a Cuomo fan you’re going to say Cuomo won it, if you’re a Nixon fan you’re going to say Nixon won it. I don’t have a dog in the fight, I’m not exactly one way or the other to an extent. But from what I saw, I think Nixon handily won that debate easily. And she deserved to.

Because earlier in the day on Wednesday, a story broke about just how corrupt and disgusting Andrew Cuomo truly is. In fact this is the kind of story that if it gets national attention, will 100% derail Cuomo’s campaign. And it should.

Here’s the story. New York Governor Andrew Cuomo ordered his Attorney General’s office to stop the probe into the handling of the case against movie producer Harvey Weinstein, after Weinstein’s law firm donated $25,000 to Cuomo’s re-election campaign. Here’s Spirit story. New York actually was investigating at Cuomo’s request, then Attorney General Eric Schneiderman, was investigating the people investigating Harvey Weinstein. Because they believed there was some improper activity going on there, and that they were trying the let Weinstein off the hook because they had also received a ton of money from Weinstein’s lawyers.

So Cuomo said, “Hey, this doesn’t smell right. They’re getting money from these people, they’re not doing what they’re supposed to. Schneiderman you go investigate it.” And then Weinstein’s lawyers said, “Huh. Okay, we’re going to give you $25,000 Andrew Cuomo.” And then Andrew Cuomo said, “Hey Schneiderman, that investigation I just asked you to launch, go ahead and kill it. We don’t need to do that anymore.” I’m paraphrasing obviously. But that is the scenario. That is what happened in the state of New York at Cuomo’s direction.

There’s no question at this point if Harvey Weinstein is a sexual predator monster. He 100% is. I think everybody would agree with that, certainly the women he abused and took advantage of for decades. One of the biggest scandals to rock Hollywood in decades. And Cuomo has the keys to the investigation, and help shut down any corruption investigation into the people that were in charge of going after Weinstein. This you be the end. I mean this is the kind of story that us absolutely de-rail Cuomo’s career, especially in the #metoo era that we are currently in. Cuomo needs to go down for this. This is unacceptable. He is covering up for an absolute monster. Because he wants money.

And heres the kicker. This is the guy that the DNC, the corporatist-centrist Democrats, whatever you want to call them. That’s the one that they picked over Cynthia Nixon. She was a little too extreme, a little too progressive, a little too far to the left. Maybe she is for your taste. But she’s also not trying to cover up for one of the worst sexual predators walking around the United States today. That honor goes to Andrew Cuomo.