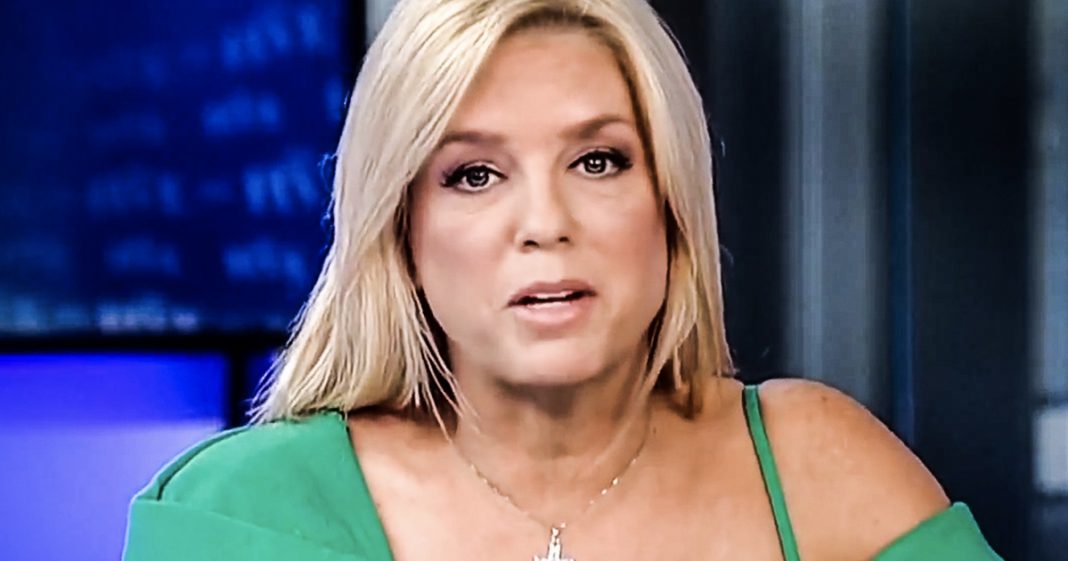 Pam Bondi, the Republican attorney general of the state of Florida, recently guest-hosted a Fox News program three days in a row. Having a sitting politician fill in for hosts is unheard of in the media and presents a huge ethical dilemma for Bondi who made the trip on Florida taxpayers’ money. Ring of Fire’s Farron Cousins discusses this.

Most people in this country, outside of the state of Florida, probably don’t know who Pam Bondi is. But she is our Attorney General here for the state of Florida. She is a Republican. And she is coming to the very end of her second term in office. She’s also the one who pulled the state of Florida out of the Trump University lawsuits. She’s been very good friends with Donald Trump. And, it’s likely due to that friendship that last week, she was called up to New York City to guest host The Five on Fox News for three days, while still pulling in her salary from Florida taxpayers.

Now, Bondi makes an annual salary of 128 thousand dollars, and that is paid for by taxpayers in the state of Florida. So, the fact that she went up to New York to guest host Fox News, which many are actually calling an audition for Pam. We paid for her to go up there. That was official travel. She actually got a special ethics waiver from the Florida Commission on Ethics so that she could go up there and do this. And let’s be very clear, she was guest hosting The Five. Sat there for the entire hour all three days. Wednesday, Thursday and Friday. She wasn’t a guest. She wasn’t making an appearance to talk policy in the state of Florida. She was guest hosting. She talked about Robert Mueller and his alleged witch hunt. She talked about how horrible the Democrats are. And she spent a lot of time praising Donald Trump, all while being paid by Florida taxpayers.

Now again, Bondi is coming to the end of her second term as Attorney General. She is term limited so she cannot run again. She is not running again. So most people assume that at this point, she is probably going to go into the media. That is why many are saying that her little trip to Fox New headquarters, was more of an audition. In fact, one of the nights after she did The Five, she went on Sean Hannity’s show, and he congratulated her on her job hosting that show.

So, yeah. Seems a little odd. But it also creates massive ethical dilemmas. Again, because she’s still being paid by the taxpayers. I don’t want to pay anyone money to go and guest host a Fox News program. There’s something wrong with that. Could you imagine the kind of uproar that would happen if anybody from the Obama administration, while they were still in office, or hell, even a sitting democratic legislator anywhere in this country? If they guest hosted Rachael Maddow’s show, what kind of uproar there would be among Conservatives? They would be calling for heads to roll at that point.

But here, we have Florida’s Attorney General, who dropped lawsuits against Donald Trump because she wanted to curry favor with him, guest hosting a program three days in a row on Fox News. Something’s wrong with this picture. And this biggest thing wrong with it is that fact that Conservatives don’t seem to think that this is an ethical dilemma.