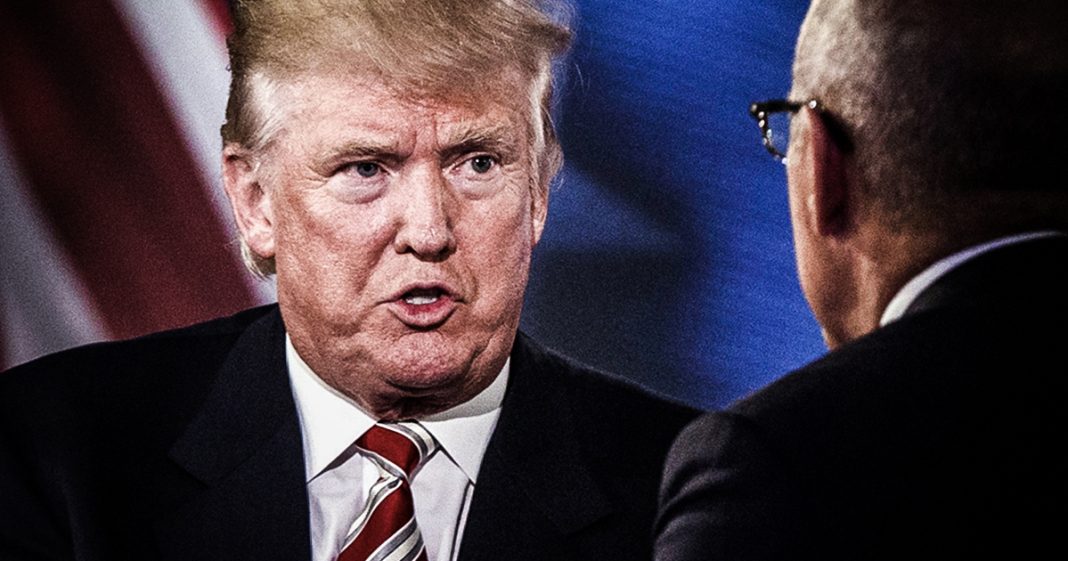 Democrat politicians are out in full force on the campaign trail, and there appears to be a common thread connecting all of them: They are talking about issues that voters care about and not getting sucked into the drama of Donald Trump. This may signal a turning point for the Party that thought running as “not Trump” in 2016 was the best course of action. Ring of Fire’s Farron Cousins discusses this.

Republicans continue to try to get Democrats to fall into an impeachment trap. So far, Democrats on the campaign trail have been smart enough to not fall into it. See, Republicans believe right now that if Democrats are out there preaching about impeachment and saying that as soon as you elect me, I’m going to impeach the president, that it’s going to turn off moderate voters and make them go vote Republican, allowing them to keep the House of Representatives.

But Democrats, to their credit, seem to have finally learned something. They know that about half the country at this point, may be a little higher right now, would actually support impeaching the president. I mean, we certainly have plenty of evidence. We could go forward with it, and it’d be a flimsy case right now, but it could go either way.

But Democrats aren’t out there talking about it. Most of them aren’t, at least. The good ones aren’t, because they understand that if you want to beat the Trump Republicans, you have to talk about the issues.

Democrats seem to have taken that message from their 2016 defeat, and they’re now applying it to the 2018 midterms, because they understand what’s at stake. They know that impeachment is 100% on the table if they take back the House of Representatives. But they’re not going to go out there and campaign on that, because people want to hear about what’s happening in the country, the pocketbook issues, health care, student loan debt, Medicare for all, Social Security, Medicaid, Medicare, the things the Republicans are trying to cut. They want solutions to that. If Democrats want to win back the House and possibly even the Senate, they know that they have to go out there and talk about those things.

They may all be thinking it. I think it’s safe to say most of them are thinking it and probably planning on it, but if you want to win over the hearts and minds of the American voters, you’re not going to do it by promising to get rid of the horrible guy and putting the other horrible guy into the oval office. You’re going to do it by proving to them that you’re actually on their side and that you’re taking up and caring about and fixing the issues that they want fixed. Democrats are doing that now for the first time in a long time, and so far, seems to be working pretty well for them.