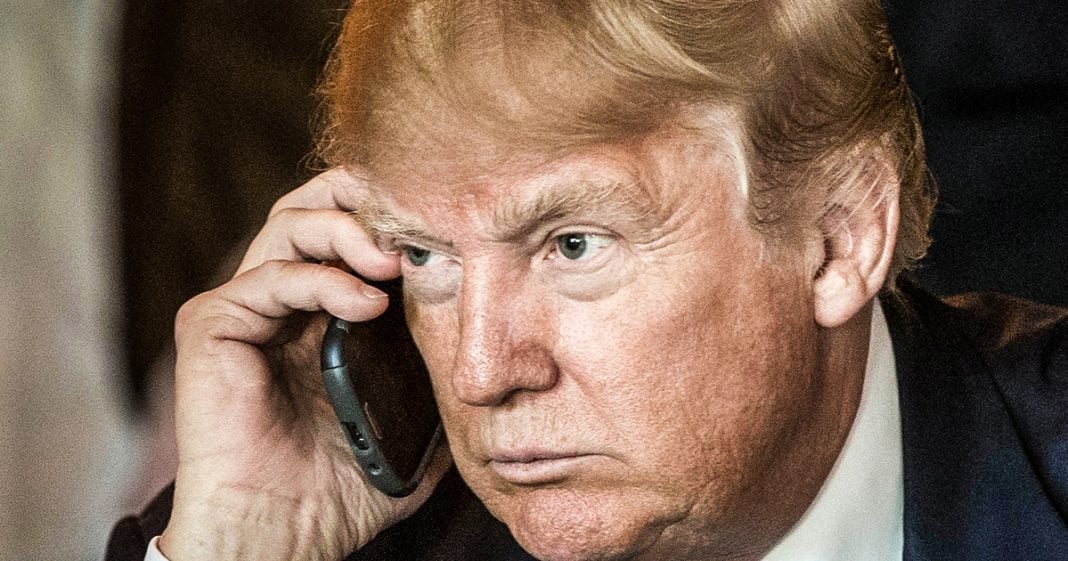 According to Vanity Fair’s Gabriel Sherman, sources inside the White House say that Trump spent his weekend “calling people and screaming” in response to the guilty verdict of Paul Manafort and the guilty pleas from Michael Cohen. Trump has done his best to remain calm about these issues in public, but apparently he is absolutely melting down behind the scenes. Ring of Fire’s Farron Cousins discusses this.

According to a report by Vanity Fair’s Gabriel Sherman, someone who has had some pretty spot on reporting about what’s happening in the White House, he’s got some excellent sources in there. But according to a recent report from him, Donald Trump spent this past weekend screaming at people over the phone. Now that is according to one of Sherman’s sources who is a former White House official. Said that Donald Trump was very subdued in public, he was still upset that nobody cared about his West Virginia rally earlier in the week. Didn’t mention much about Manafort or Cohen in public, but then when he got back to the White House this past weekend, everything was kind of quiet. The source claims that “Trump was just picking up the phone, calling people and screaming.” That was the exact quote. So we don’t know exactly if he was calling people that involved in any of this or if he was just calling random people. I mean, hell we know he likes to pick up the phone and just call other world leaders, all times of day, no matter what time it is in their time zone.

So we have no idea who this madman may have been calling and screaming at because his entire world is falling apart. But this isn’t about just Donald Trump just randomly screaming at people over the phone. This is about the fact that he is obviously terrified about what’s happening to his administration and to his legacy. He understands that the Manafort verdict, eight counts guilty, that that’s going to hurt him. Even if it had nothing to do with him in the trial. Cohen on the other hand, implicated him in a felony, two felonies actually. Which technically then implicates him in an unspoken third felony of failure to disclose. So that’s probably the one he’s a little bit more pissed off about. And according to Sherman as well, he’s still talking about possibly pardoning Manafort, which White House counselor Don McGahn had to go in and tell him why that’s such a horrible idea.

Donald trump has no way out at this point. All he can do is scream and bark in the dark, knowing that nobody is coming to save him. He not only hitched his wagon to some of the most corrupt people in this country, he also happened to hire the most incompetent lawyers ever to pass the bar in the United States. So he has no help, he no hope, he doesn’t know what to do. So he’s doing what he always does. Throwing a major temper tantrum when things don’t go his way. Not gonna work this time.