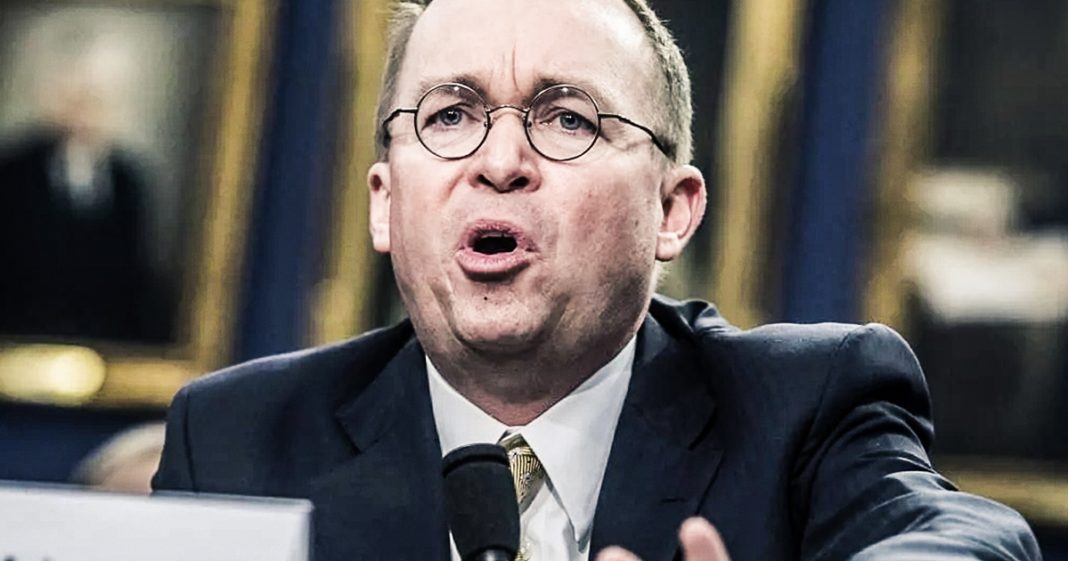 Yesterday it was announced that Seth Frotman, the student loan ombudsman at the Consumer Financial Protection Bureau would be stepping down, resigning his position at the end of this week. And the reason Frotman decided that he could no longer work with the CFPB is because they have made it clear that they do not care about the student loan debt crisis in the United States and that they don’t care about the predatory lenders who are preying on students just trying to get a quality education. Frotman said that his division has been basically absorbed by another part of the CFPB, they have had their regulatory oversight reduced basically to the point of not being able to protect students from some of these predatory lenders. The CFPB, under Mick Mulvaney, has also been working to allow for profit colleges, even those that basically take all your money for four years and leave you with a degree that’s completely worthless, that those people can enter back into the game and scam students left and right without them having any recourse. Those are the reasons that Frotman has decided to step down from his office.

Now let’s talk about how bad this problem actually is. Right now there’s about one and half trillion dollars worth of student loan debt being held by people in the United States. One and a half trillion dollars just in student loan debt. And this guy, Seth Frotman, it was his job to kind of protect those people and now he’s gone because he couldn’t do his job. The Administration made it clear that they didn’t want him to do his job. So what’s going to happen is he’s either going to be replaced with somebody who’s wholly in the pocket of the big banks like Mick Mulvaney who’s currently running the CFPB or we’re going to get another person in there who does care about the issue only to find out that they also can not do anything to protect students here in the United States.

The Trump Administration has made it clear that they hate the Consumer Financial Protection Bureau. Republicans, since the day this organization was created, have made it clear that they hate it but it is one of the most vital parts of our government even if it is one of the newest. It came about because of all the financial crimes, and yes they were crimes, being committed by the biggest banks here in the United States and now they’re being neutered. They’re being gutted, they’re having their funding slashed. Mulvaney, at one point this year, actually requested zero dollars in funding. He believes that his agency just has too darn much power and Congress needs to take some of it away. This is not how you protect American consumers. This is how you protect big banks. Big banks were still engaging in the same kind of criminal conduct that led us into the Recession of 2007 and 2008. They’re doing it again because the groups that we created to basically make sure they weren’t doing it, like the CFPB, have been completely stripped of their power and are being run by corporate political puppets like Mick Mulvaney.