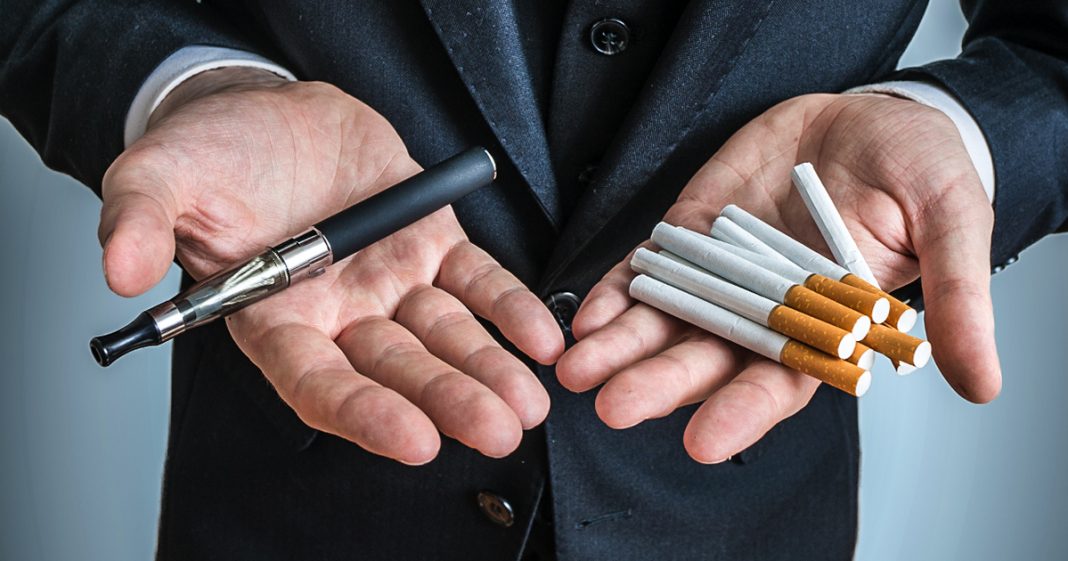 Via Boom Bust RT America: Bart Chilton is joined by Mollye Barrows, who takes us inside the vaping industry and the health risks that are associated.

Bart Chilton: And now we move to vaping. What was once seen as a great business with an unlimited future, is now in question. Legal Journalism Mollye Barrows from National Trial Lawyer Magazine joins us for the latest on the business and the dangers of vaping. Mollye, it’s so nice of you to join us. We appreciate it. Tell us, what are the big companies, maybe the former tobacco companies and others, were they sort of looking at vaping as a way to save them from reduced cigarette consumption?

Mollye Barrows: Absolutely Bart, and thanks so much for having me on Boom Bust today, but certainly they’re looking into that. Traditional cigarette products are taking a hit as more and more people are turning to these alternatives, these electronic devices, which is what is vaping is, essentially. It’s like e-cigarettes and it is extremely popular. In fact, they’re looking at the success of one company in particular, Juul Labs. They own about 50% of the e-cigarette market. They are making money hand over fist. In fact, they made almost two point three billion so far this year. In one year alone, it was about one point three billion. So of course, following in those footsteps, big tobacco companies are seeing how lucrative that is and developing their own products. But, right now, Juul Labs has the market on that and vaping is extremely popular with people here in America as well as across the pond. They don’t see that stopping anytime soon.

Bart Chilton: Yeah, I think we reported that Phillip Morris and I forget the other one, but the big tobacco’s getting into the act, but now there’s this new news coming out that vaping is not necessarily some granola-y, healthy way to smoke. It’s smoking without the ignition, I guess. What’s the new data show?

Mollye Barrows: Yeah, it’s interesting. There aren’t a lot of studies out on vaping, but the few that are out there have mixed results. One of the most recent is out of England. As a result of this particular test, it has the public England, or Public Health of England, which is basically like their Public Health Department, saying, “Hey, you know something? E-cigarettes, vaping, it’s not as bad for you as smoking regular cigarettes, but it’s not like it’s healthy for you either.” So, when you smoke a regular cigarette you’re inhaling some 7,000 toxic chemicals, many that are carcinogens that can cause cancer. Well, it’s not like when you smoke e-cigarettes, they also contain nicotine. That’s highly addictive. That’s been known to cause any number of diseases.

So, it’s not as if you’re getting good stuff when you smoke this, you’re just getting lesser amounts of what’s already causing problems. That’s what this study in England found. They actually recreated, instead of just setting the chemicals that are in these e-cigarettes, they recreated what it looks like when you smoke it into your lungs. And what they found is that it cause inflammation in your lungs and it also hinders the ability of healthy lung cells to filter out the bad stuff that comes in with stuff like cigarettes and just regular day to day moving about. So, it’s not exactly a safe or healthy alternative, but it’s better than smoking cigarettes. That’s basically the advice of the study, is they said, “Hey, if you’re gonna smoke or if you’re trying to quit smoking, this could potentially be given as a prescription aid to help people get off regular, more damaging, more dangerous cigarettes.” But it’s like playing Russian Roulette, if you will. There may not be as many bullets in the gun, but there’s still a bullet in there.

Bart Chilton: Yeah, that’s really super interesting. One of the … and I don’t know if this is anecdotal or part of a study, but also, some folks who are taking the vaping up are actually turning to cigarettes, quitting the vaping. They want on the real stuff. Just real quick, Mollye, do you think this is a viable business for the future?

Mollye Barrows: Absolutely. They are investing more and more in the next generation products. In fact, British American Tobacco, one of the bigger more traditional big tobacco type companies, expected to spend nearly seven hundred million this year on developing those next generation products, and as a result of that, they expect to double their revenue. Actually, that’s … next year they wanna spend that kind of money. Oh no, it is this year, but they expect to double their revenue from those next generation products as well. So, the future is certainly an alternative … giving people alternatives to giving them what they want, which is nicotine. But again, don’t be mistaken and think that this is a safe alternative. They don’t really know what the impact is gonna be and investors are still a little sketchy on it simply because the FDA has said, “You can’t sell it to minors in the United States and oh by the way, because these studies aren’t conclusive we’re not recommending it as a quit smoking aid, unlike some other folks like the Public Health Agency in England.”