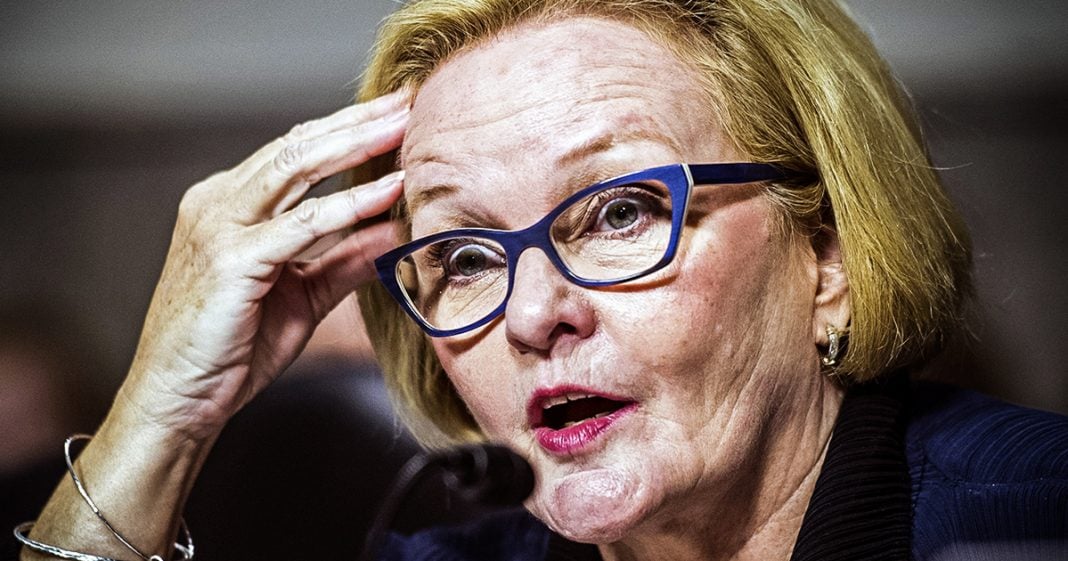 The US Chamber Of Commerce is going to do everything they can to make sure that the corporate friendly Republicans who just gave them a massive tax break retain power this November, and they have begun launching attack ads against Democrats who actually voted against the tax cut package. The Chamber has a lot of money to throw around, but is it enough to overcome the reality that voters face every day? Ring of Fire’s Farron Cousins discusses this.

The U.S. Chamber of Commerce has decided that they’re no longer going to be sitting on the benches, on the sidelines, and they’re getting out into the field to help Republicans win the 2018 midterm elections. This past Friday, the U.S. Chamber of Commerce released their very first attack ad against Democrat Claire McCaskill, because McCaskill dared vote against the Republican tax cut package. That’s what’s at the heart of this video. That’s why they’re going after Claire McCaskill. Well, that and the fact that her area is considered a toss up. She could very easily lose so they’re targeting these weakened Democrats like McCaskill.

Although considering the fact that McCaskill’s obviously a very much corporate Democrat, and yet she’s getting heat from this corporate owned entity, the Chamber of Commerce just because she voted against the tax cut package, but here’s the thing, the Chamber of Commerce is going to be doing this to other vulnerable Democrats all throughout the country as we head into November. They think that they can convince voters that, “Oh, this Democrat didn’t want to give you a tax cut. They’re horrible. Vote for the Republicans. They love cutting taxes.”

Here’s the problem with that approach, Chamber of Commerce. Everybody kind of already realizes that the Republican tax cut was a complete scam. They know they’re not getting raises. They know that the few people who got bonuses that it was just a one time thing because the corporations have already spilled the beans on it, not to mention conservative think tanks have also released studies in recent weeks showing that average American workers will get approximately zero dollars from the Republican tax cut plan. All a vulnerable Democrat has to do is run those reports in an ad and it nullifies what you’re doing.

People in this country are not as stupid as groups like the Chamber of Commerce would like to believe. We’re actually a little bit smarter than that. Most of us can read the news. Most of us can see these reports. We understand what’s actually happening, but more importantly, even if you don’t read the news, even if you don’t watch it on TV, you still get a paycheck and you look at that and you know that nothing has changed. You didn’t get more money from your employer giving you a raise. Your taxes didn’t go down. They’re still taking out the same amount from your checks but not from your boss’ checks, and we understand that.

You want to run attack ads against Democrats because they didn’t vote for the tax cut bill? Be my guest, Chamber of Commerce, because most people in this country understand that that bill was an absolute disaster, and if they want to know who voted against it so they can vote for them, they you Chamber of Commerce, are doing their homework for them. Good luck with that.