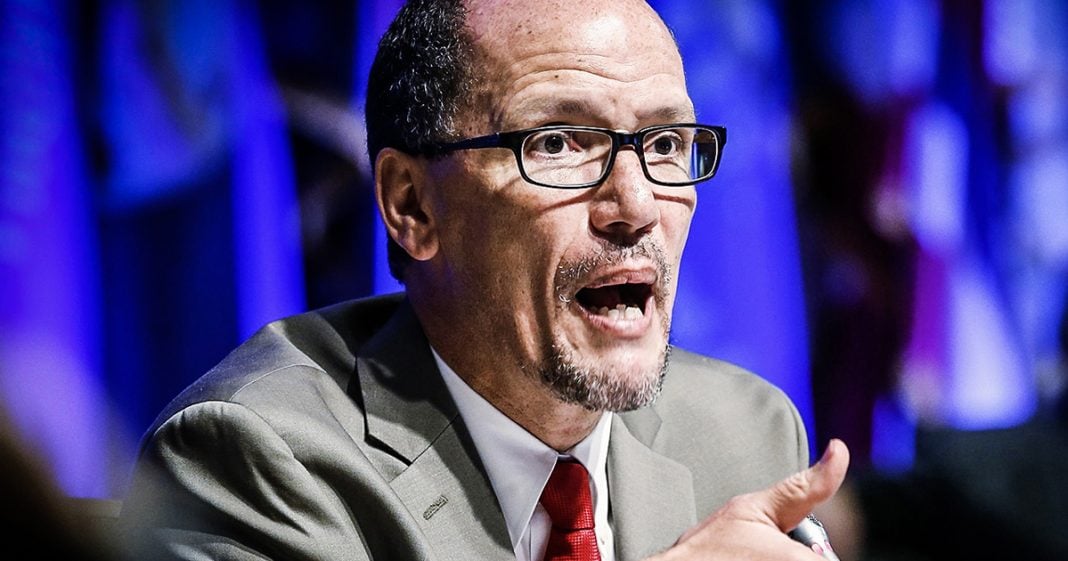 The DNC voted this past weekend to finally strip super delegates of their ability to sway the nomination process, a very positive step forward for the Party. There are some caveats though, and super delegates aren’t as powerless as the DNC would like everyone to believe. Ring of Fire’s Farron Cousins discusses this.

In a historic vote this past Saturday, The DNC finally voted to strip super delegates of most of their power within the Democratic party. Now all throughout the weekend, people were talking about what a great move this is, and it is a great move. Super delegates are highly undemocratic. Just random people who at one point had power within the party, who get to have an extra vote. And, there’s enough super delegates that they easily could’ve swayed a close election one way or the other, and completely ignored the will of the voters, the regular people who go out there, take time off work and go vote.

This is a purely symbolic move by the DNC. It doesn’t necessarily fix any of the problems that they had, this was just a bone they could throw out to some of the people who’ve been angry with the DNC and the way they’re running things, to try to give the appearance of doing something that actually matters. All they had to do in this vote was say, no more super delegates. That’s it. Those simple words, no more super delegates. That’s it, end of story. Then, the nomination process comes down to who the voters picked, who won the majority. Just as it should be. But these same people who were defending super delegates within the Democratic party are the same people railing against the electoral college.

This move by the DNC this past weekend is just a Band-Aid. It’s just a means to show that these angry people with the DNC hey, we did something for you, look at this. We stripped the super delegates of their power, that’s what the headlines said everywhere. But the reality is far different. Super delegates are still there, super delegates still get to vote and, there’s a good chance that super delegates could still sway a nomination process.