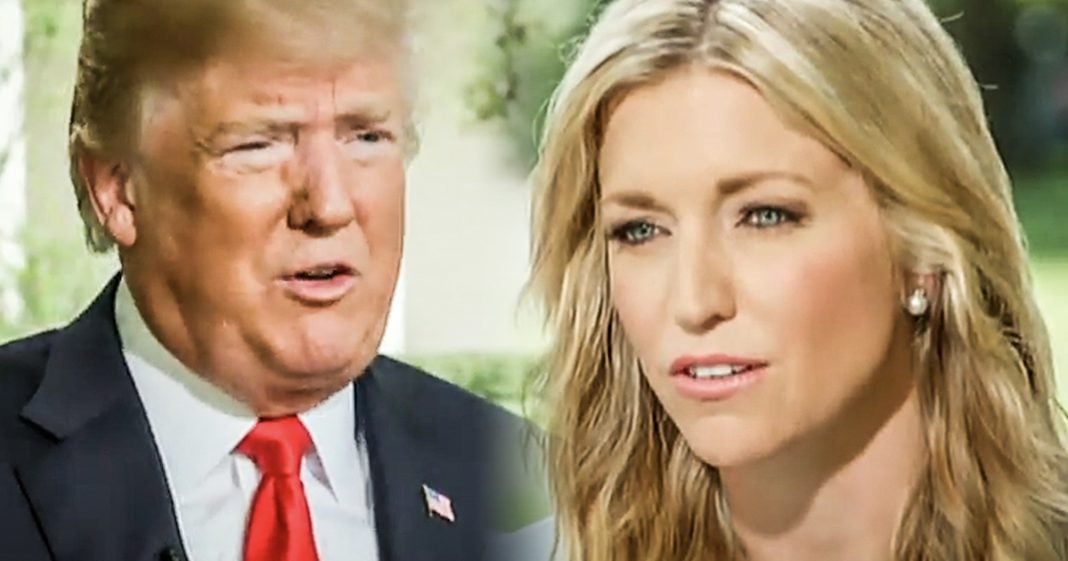 During his disastrous Fox News interview this week, Donald Trump lamented the fact that so many people are flipping on him and said that the entire practice of “flipping” witnesses should be illegal because it isn’t fair. Trump clearly doesn’t understand how criminal prosecutions work, or at least he’s trying to convince the public that they shouldn’t be working this way, but flipping a witness is one of the most powerful tools that the justice system has, as Ring of Fire’s Farron Cousins explains.

Speaker 1:
Donald Trump’s interview this week with Fox and Friends’ Ainsley Earhardt, you know, really captured headlines, cause there was a lot of crazy stupid things that the president said in that interview. Like, for example, when he admitted to the felony, which also, inadvertently, made him admit to a different felony of not reporting that he made the payment and making the payment itself obviously was the in-kind contribution felony.

But, nonetheless, there were some other parts in there that definitely warrant some coverage. For example, this gem.

Ainsley Earhardt:
If you’re saying the payments, if they’re not illegal, then why would he use that information for a plea deal?

Donald Trump:
Because he makes a better deal when he uses me, like everybody else. And one of the reasons I respect Paul Manafort so much, is he went through that trial … You know they make up stories, people make up stories, this whole thing about flipping they call it; I know all about flipping for 30, 40 years I’ve been watching flippers.

Everything’s wonderful and then they get 10 years in jail and they flip on whoever the next highest one is, or, as high as you can go. It almost ought to be outlawed. It’s not fair, because if somebody’s gonna spend five years like Michael Cohen or 10 years or 15 years in jail, because of a taxicab industry, because he defrauded some bank.

The last two were the tiny ones, you know, campaign violations are considered not a big deal, frankly.

But if somebody defrauded a bank and he’s gonna get 10 years in jail, or 20 years in jail, but if you can say something bad about Donald Trump, and you’ll go down to two years or three years, which is the deal he made … In all fairness to him, most people are going to do that, and I’ve seen it many times. I’ve had many friends involved in this stuff, it’s called flipping and it almost ought to be illegal.

Alan Dershowitz said, compose, right? They make up lies, I’ve seen it many times. They make up things and now they go from 10 years to they’re a national hero. They have a statue erected in their honor.

It’s not a fair thing, but that’s why he did it.

Yeah, flipping ought to be outlawed, right? It’s so totally not fair.

Donald Trump doesn’t seem to understand, well actually I take that back, this man understands 100%. He knows how important it is to get a witness to flip in any kind of criminal prosecution. This is how we take down big time gangs, it’s how we take down the mafia, the mob, whoever, you know, corrupt corporate criminal conduct; by getting the people to flip on the guys bigger than them who committed worse crimes. And that is exactly what’s happening here.

But if Donald Trump is so worried about people flipping, then I’m gonna let Jim Carrey give him the best advice imaginable right now. Here it is.

Really, that’s it. That’s all you have to do so people don’t ever flip on you. Don’t break the law.

I mean, does his base not understand that? Do the MAGA hat wearers really not know why Trump is so mad about this? People are flipping on him because there’s something to flip on. It’s not because they hate the man, they’re trying to save themselves. It happens all the time in criminal prosecutions.

And you can whine about it being not fair all you want, what’s not fair is when people like you break the law and get away with it. That’s the only part of this entire scenario that’s not fair.

Essentially your massive ego trip of being president of the United States is about to destroy everything that they Trump family has ever worked for in their entire lives. And I have to say 100% you deserve it. You deserve to have your empire destroyed. You deserve to have your legacy ruined, because you’re such an awful; horrible; disgusting; law breaking human being, and nobody can stay on top forever.

And you are about to come crashing down, back into reality, back onto planet earth, with all the rest of us that have to obey the laws or go to jail. And you’re about to find out what that’s like.