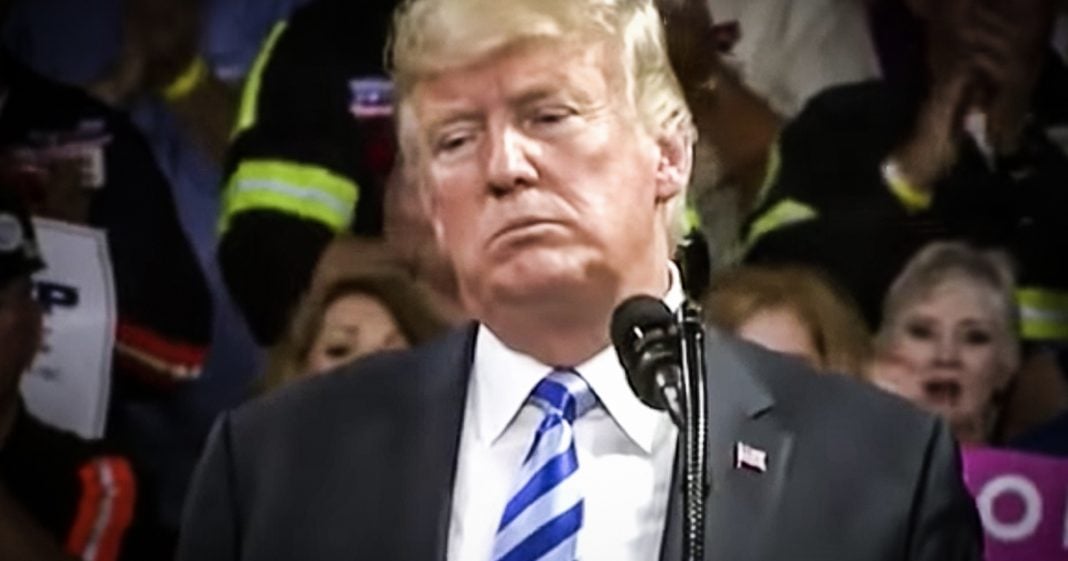 Donald Trump held a campaign rally in West Virginia this week, but unfortunately for him it came on the same day that his former lawyer implicated him in a felony, and the news of the latter overshadowed the former. So aides now say that Donald Trump is really sad and whining about the fact that no one in the media is talking about how great he did at the rally. Ring of Fire’s Farron Cousins discusses this.

So while all the news was breaking. Most of it kinda simultaneously on Tuesday between Manafort being found guilty on eight counts, Cohen going to court and pleading guilty on eight counts implicating Trump in a felony. What was happening at that time though, was that Donald Trump was preparing for a massive rally in West Virginia. And according to a recent report in New York Times that actually came out Wednesday, the day after the rally and all the big news. Donald Trump went back to the White House after the rally and was very sad. An aide said that he was just in a weird mood. They hadn’t really seen him like that. He wasn’t energized. He wasn’t even angry. He was just sad, very morose. Because he looked out in the crowd there in West Virginia and just saw too many empty seats.

Nobody was acknowledging that it happened. Likely because of all his friends were going to jail, and he was just implicated in a major felony. So he was a little subdued and aides didn’t quite know what to do with him. But here’s the thing, he wasn’t sad because he was implicated in a felony. He wasn’t sad that his buddies are going to jail. He was sad because nobody was talking about what an amazing job he did at the rally. That’s where that man’s ego is right now. It’s not worried about keeping himself outta prison, or what to do about his friends, or the fact that they … you know, most of them are working with the investigators at this point.

No, he is worried that nobody was talking about his disaster rally in West Virginia. Nobody was telling him how great he is. Nobody was telling him that they even watched it. That is where that man’s priorities are right now. And that is going to come back and bite him big time. Because if he’s not focused on all of these legal problems that are happening to him? If he’s only focused on what happens at those rallies? Then he’s gonna get popped with some major charges and not even realize it. Because he was too busy trying to get crowds ginned up and trying to get some positive media coverage, to worry about hiring decent lawyers better than Rudy Giuliani to save his ass from going to prison.