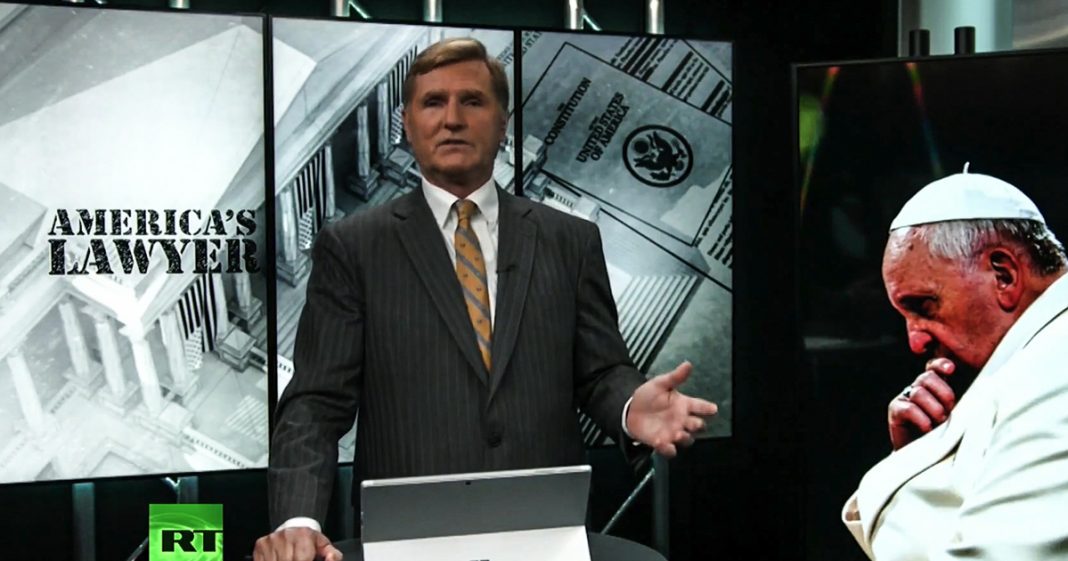 Via America’s Lawyer: Pope Francis begged for forgiveness for the pain suffered by victims of sexual abuse and the hands of Catholic priests, and demanded accountability. Mike Papantonio explains.

And finally some good news if you can call it that is, Pope Francis begged for forgiveness for the pain suffered by victims of sexual abuse and the hands of Catholic priests, and demanded accountability. Saying the decades long abuse and cover ups must be routed out of the church. In a letter to Catholics around the world, this week, the Pope blasted the self referential clerical culture that’s been blamed for the crisis which church leaders seemingly more concerned for the reputation than safety of children. That seems to be the picture here, but in the letter, Pope Francis wrote this: “I acknowledge once more, the suffering endured by many minors dues to sexual abuse. The abusive power and the abusive conscious perpetrated by significant number of clerics and consecrated persons. Looking ahead to the future, no effort must be spared to crate a culture able to prevent such situations from happening. But also to prevent the possibility of there being covered up and perpetrated.”

The Vatican official said it was the first time, a Pope has written to all the world’s 1.2 billion Catholics about sexual abuse. Past letters had only been addressed to bishops and the faithful in individual counties.