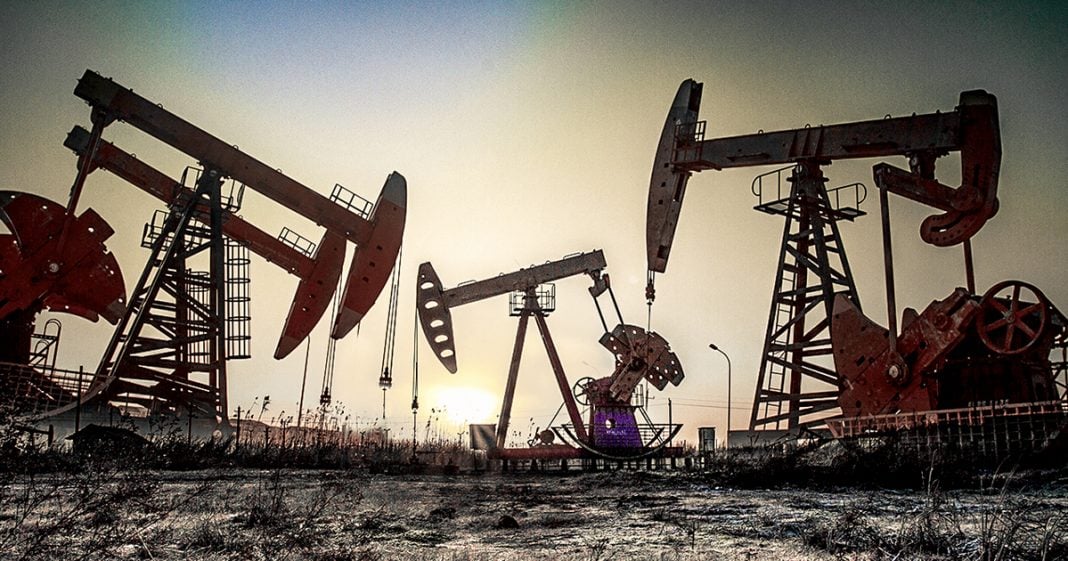 The same oil companies that have been funding misinformation campaigns about climate change for decades are now begging the federal government to step in and protect them from climate change-related disasters, both ones that are happening now and ones that could happen in the future. These companies created this mess, lied about it, and now they want a bailout because they’ve ruined the planet. We need to let these companies deal with their own problems, as Ring of Fire’s Farron Cousins explains.

The most ironic story of 2018, finally hit this past week. That is, major oil companies here in the United State are begging the federal government for billions of dollars, so that they can protect themselves of climate change.

What they’re specifically after at this point, is 12 billion dollars, so they can build a sea wall and other sea level rise mitigation projects, along the Texas gulf coast, to protect their refineries. They understand that because of what they do for a living, it’s increasing the effects of climate change and warming the planet, which is gonna result in sea level rise, that is going to directly impact their businesses.

Now, these companies, who spent years paying millions of dollars, to misinform and misdirect the public about the dangers of climate change, now want the federal government, which means taxpayers everyone, to save their asses, from the effects that they helped cause from climate change.

I’m gonna have to go with a, no on this. Sorry, hard pass. You had decades, decades, to stop what you were doing, to shift from pumping oil and making gasoline, to creating solar panels and windmill turbines. You chose not to. You, chose to double down on dirty energy. You’re getting billions upon billions of dollars every year in federal subsidies that are coming from us tax payers.

Now, you want us to shell out an additional 12 billion dollars, just to protect your refineries? No. I say that you reap what you sow. If there are people in harms way there, then yes, we should take care of them and protect them. We shouldn’t do it for the oil companies. We shouldn’t even have to be the ones who pay for it.

Right now, oil companies are going to court on a monthly basis, arguing that climate change lawsuits against them need to be thrown out. They shouldn’t have to pay anything for this. They’ve actually won several major legal victories in recent weeks, from cities, bringing climate change lawsuits against them for making climate change worse, because those cities needed to build sea walls now, because of sea level rise. The oil companies said, “Hell no. We’re not paying for that.”

Now they’re doing the same thing. They know climate change is real. They know what the effects are gonna be. They know that it’s going to devastate coastal communities all over the world. Now that they’ve made it so bad, they want the federal government to come in and rescue them. Even though, again, these are companies that make tens of billions of dollars every year, so spending 12 billion on a sea wall, seems like a small thing. Maybe it’s a quarter of your profits for this year. You’re still walking away with billions upon billions of dollars, and then you get to make ’em all back again next year by poisoning the planet.

Why should federal tax payers, at a time when we can’t afford allegedly, things like medicare, social security, public education … Why should we pony up 12 billion dollars to save you oil industry, from the mess that you helped create? I would think you guys have plenty of money in your bank accounts to cover the expenses that you’re going to incur from the damage that you’ve caused.