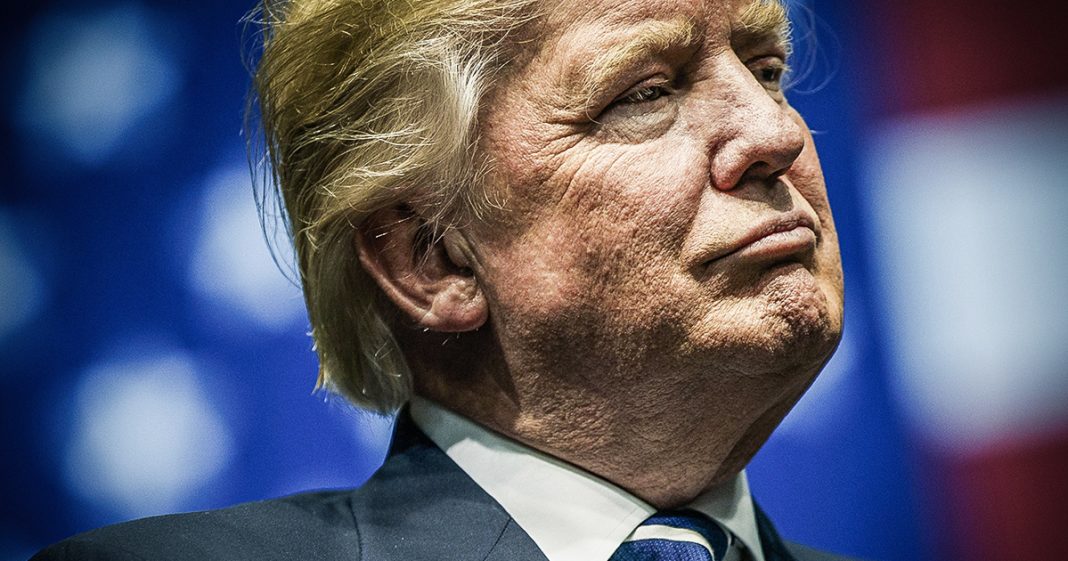 Republicans have had a bad week, but it is a bad week of their own design. And beyond all of the bad news of this week comes the overall problems that they’ve been handed for the last few months. Between people like Jim Jordan, Chris Collins, and now Manafort, Cohen, Trump, and Hunter, they fear that the public views the entire Party as a criminal enterprise, and that could lead to a landslide Democratic victory in the midterms. Ring of Fire’s Farron Cousins discusses this.

Has the entire Republican Party just basically become a giant criminal enterprise? Yes, it absolutely has. But recently Axios ran a story where they spoke with a GOP operative who decided to remain anonymous, but the operative said that the GOP, the Republican Party, right now is freaking out because they understand that there’s almost nothing they can do at this point to stem the massive blue wave that is headed our way in November. And the reason for that is because people in this country are viewing, increasingly, the entire Republican Party as a criminal enterprise.

First and foremost, the big one this week, Duncan Hunter, Republican Congressman from the State of California, arrested on corruption charges and conspiracy. Then you have Chris Collins who just two weeks ago was arrested for insider trading. And of course, let’s not forget, Jim Jordan who, as we all know, refused to report any of the sexual assault that was reported to him while he was an assistant wrestling coach at Ohio State University. So yeah, you can keep ticking down that list until you hit every single member of Congress who happens to have an R by their name. But it’s pretty clear at this point, the Republican Party has become a safe haven for people who want to break the law or, in Jim Jordan’s case, people who want to not protect those who are being violated by people breaking the law.

There is no escaping this for the Republican Party. This is who they have become, and let’s not forget about the fact that there are openly, “White people are the best people” candidates running under the GOP banner this year, and that’s probably not going to bode well for the Republican Party in the mid-terms. There is nothing they can do at this point to fix their image. They couldn’t even purge all these criminals, all the nationalists, or even Donald Trump himself right now in enough time or fast enough, whatever, to save themselves from this massive blue wave. Predictions at this point are now saying Democrats could pick up as many as 50 seats in the House of Representatives, and the chances are growing increasingly better for the Democrats to take back the Senate as well.

Now, they’re not going to get a veto proof majority in the Senate and they’re certainly not going to get an impeachment proof majority in the Senate, you’ve got to have two thirds for that. But they’re going to come dangerously close to having that, and at that point it will be very easy to get several other Republicans to join your side so they don’t look like cartoon villains, and vote to impeach this man. Impeachment, I think, at this point is coming, and I think that’s what Republicans are most terrified of. They know that people like Jim Jordan, who’s now been named in the lawsuit against the OSU Wrestling Team, he’s going to eventually go down. Chris Collins already went down. Duncan Hunter already went down. Manafort went down. Cohen’s going down. Trump is going to go down. And they know that once all that happens, the Democrats pretty much have a lock on everything. So they’re freaking out. They’re freaking out because they let their party get to this point, and they’re freaking out, according to Axios, because they have no idea how to fix it.