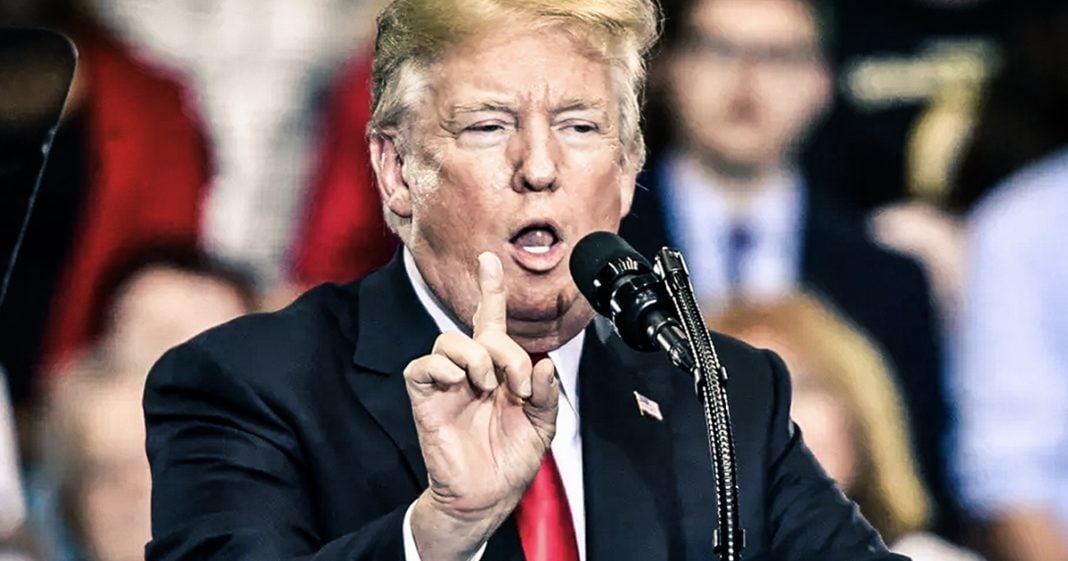 Donald Trump recently referred to the White House, his entire administration, as a “smooth-running machine.” That phrase actually got me thinking a little bit. If you took away the Mueller investigation, if you took away the New York State Attorney General investigation, basically any investigation involving Trump or his family, if none of those existed and we were just looking at how this government was operating right now, the phrase, “smooth-running machine,” wouldn’t even enter your vocabulary.

The reason I say that we have to pretend these investigations aren’t going on, to just look at the administration, is because let’s face it, basically since day one of the Trump administration, there have been the claims that he is an illegitimate president, the electoral college needs to go, and all of that. We’ve kind of focused on a lot of the noise. Most of the noise is very important and accurate. It is. But even if none of those things happened and we were to just look at what this administration has done, it is 100% an unmitigated disaster.

Again, none of that even has anything to do with the potential collusion or treason or whatever it is. None of it. This is just the whole incompetence that Donald Trump brought to the Oval Office. Not the corruption. Just the incompetence. That’s one thing we really have to start focusing on a little more. Maybe the Mueller investigation gives us something to get rid of Donald Trump. Maybe it doesn’t. I mean, odds are pretty good that it’s going to give us something, but we have to be prepared if it doesn’t.

That’s what the Democrats, to me, are lacking right now. They’re not talking about the incompetence. They’re talking about the investigations. You can do both. You can talk about how he didn’t drain the swamp. He filled it to its highest levels ever. You can talk about the fact that he has had the highest staff turnover than any other president in history. More people have quit his administration, at this point, 18, 19 months in, than have ever quit in administration during that same time period. Nobody wants to work with this man. I wonder why?

Those are things that we should be talking about. Those are things that matter. There are no experienced people in Washington, D.C., who want to go and work for the Trump administration. The people who have left the administration can’t seem to find work anywhere else. People like Sarah Huckabee Sanders and Kellyanne Conway are getting paid our tax dollars to go out and lie to us every single day. There is so much to talk about with the incompetence and overall just internal implosion of this entire Trump administration without even having to crack the surface on all of his criminal investigations going on into the man right now.

But it all underscores the larger point. Donald Trump claims that he is running a “smooth-running machine,” and nothing could be further from the truth. Every corner you look in, in this administration, you find corruption, you find incompetence, and you happen to find another investigation because Donald Trump really, really sucks at finding people and hiring people to run the federal government.