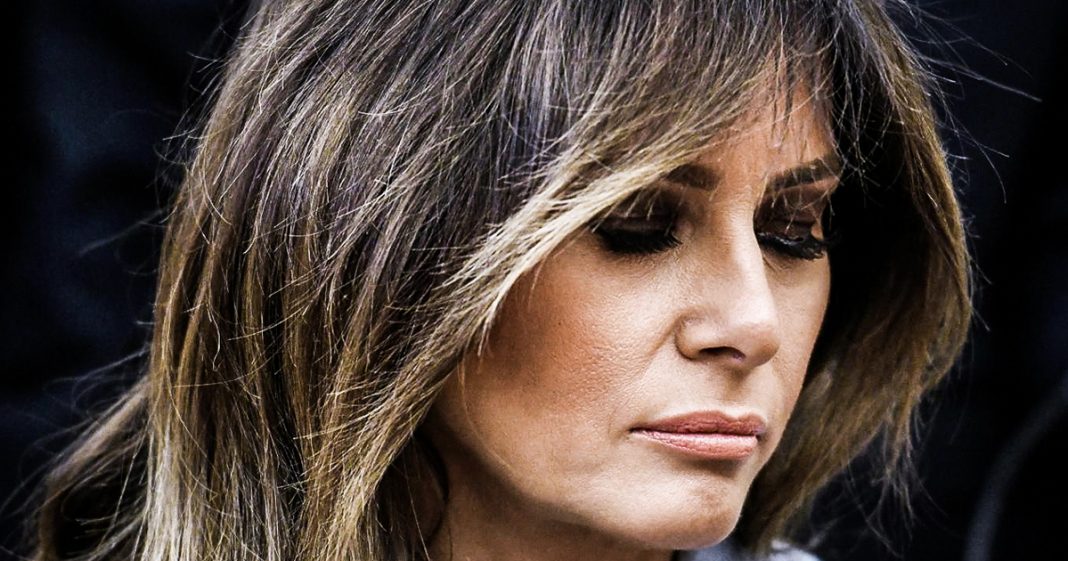 According to new reports, Donald Trump was not happy with Melania’s anti-bullying campaign and wanted her to scrap the idea before it even began. But most people were too focused on Trump hating Melania’s furniture – the part of the story that actually captured the headlines – to focus on the fact that he doesn’t want his wife going out and talking about how bullies are ruining people’s lives. Ring of Fires’ Farron Cousins discusses this.

Recently, the New York Times ran a piece about the, I guess you’d call it, a troubled marriage between Donald Trump and Melania Trump. But one of the things everybody kind of jumped on was the fact that oh, Melania picked out all this furniture for the White House, but before she was able to move in, Donald Trump switched it all with his horrible, gaudy taste in furniture because he just can’t stand to let anyone else have their way, even if it’s his own wife. That story kind of blew up over this last weekend, but what was really interesting from the New York Times report, that isn’t stupid, salacious stuff that doesn’t matter … Who cares about the furniture, right? Who cares about their marriage, to be honest with you. I mean, she could hate him. They could divorce. That’s not going to affect anything that’s going on this country whatsoever, but the piece also points out that Donald Trump did not want Melania to launch her anti-bullying crusade.

He believed, rightfully so, that this was going to open her up for criticism. It was going to put more attention on his horrid tweets where he goes after anyone for their physical appearance, their IQ, you know, whatever he wants to pick on them for, and so he didn’t want her shining a big old spotlight on that. She decided to do it anyway, and he was unhappy with this, and basically has been wanting to shut the entire thing down since the day it started, but again, he is absolutely right that she has come under fire for this, because she refuses to address his Twitter habits.

Donald Trump is the biggest bully in the United States, and I say biggest because he has the loudest platform to speak from. There is no other bully in this country who is given such a massive megaphone to spread his message of hate, and division, and just general dislike of human beings to everyone around the planet. Yet, to this day, Melania has not addressed that in any of her anti-bullying speeches, in her meetings with people, in her meetings with the tech people who came in where she talked about cyberbullying. He is the biggest problem that she faces, that, and of course the fact that she showed up to meet those migrant children that have been separated from their parents wearing a jacket that said, “I don’t really care, do you?” Yeah, this woman has zero credibility where it comes to speaking about stopping bullying here in the United States, because not only is her husband the worst one there is, but she is right there behind him.

I mean, people forget that Melania Trump was also a birther. She did not believe, and to our knowledge, still doesn’t believe that Barack Obama was born here in the United States. She jumped on that hate bandwagon, so yeah, zero credibility to go out there and talk about bullying or being horrible to people, you know, her Be Best campaign. If she’s not even willing to be best, then how can anyone in this country expect to take whatever horrid message she’s trying to spread so they can apply it to their own lives and be best? As pretty much everyone in this country will explain to you, pretty much around the world would explain to you, you want to teach people to be better, you have to lead by example. That is something that both Melania and Donald Trump refuse to do. That’s actually why the two probably make a pretty good couple. Regardless of these talks about how much they hate each other, dislike each other, the one thing that binds them is the fact that they refuse to lead by example, act like grownups, and in general behave like decent human beings.