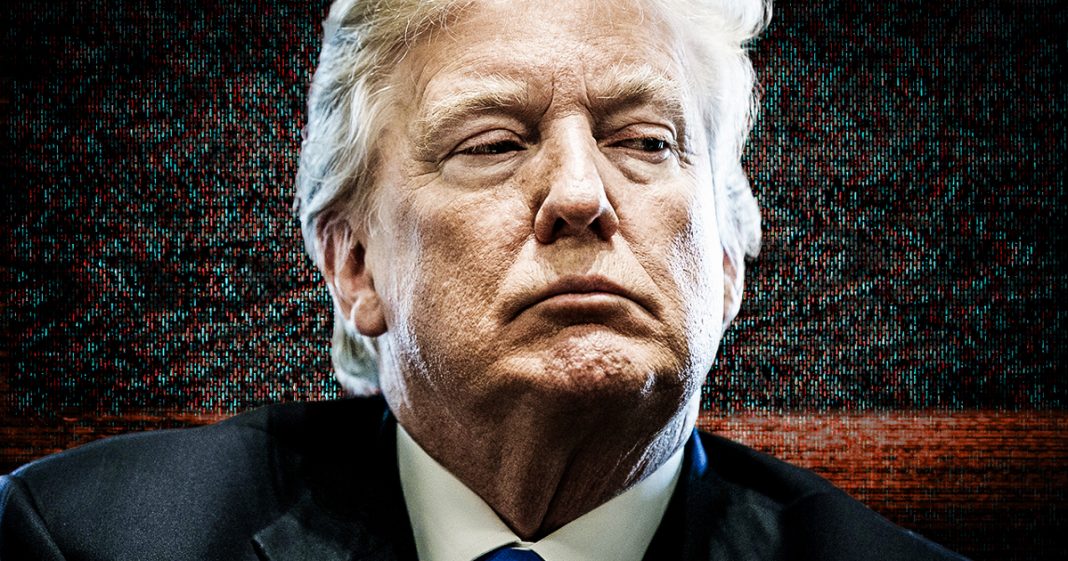 There were so many horrible things that the President said during his recent Fox News interview that it has been difficult to keep track of all the insanity. But one claim that the President made seems to have slipped through the cracks, and that is his admission that he gets a lot of his legal advice simply by watching TV. This explains a lot, as Ring of Fire’s Farron Cousins discusses.

Donald Trump has been getting some really, really bad legal advice, basically, for the last year. One of the main reasons is because his biggest lawyer, Rudy Giuliani, seems to be the most incompetent lawyer in the world. One of the other reasons is because his other former lawyer, Michael Cohen, is going to be headed off to prison very soon. Jay Sekulow is pretty much worthless, and Ty Cobb is no longer with him. And so where does Donald Trump turn? You don’t have any really sharp legal minds working for you anymore, so where does he go?

Well, luckily, he told us that this week during his Fox News interview with Ainsley Earhardt. Here is exactly what he said, and he was talking about this in terms of Cohen. By the way, he pled to two counts, which aren’t even a crime, which nobody understands. I watched a number of shows. Sometimes you get good information by watching shows. Those two counts aren’t a crime.

So Donald Trump believes that he knows how the law works, knows what is and is not a crime, because he watches the shows. Now, he didn’t really elaborate on that. So we’re left to wonder, “Is that because he’s watching Fox News and sees morons like Alan Dershowitz on there, or is he actually talking about watching Law and Order and thinking that he understands jurisprudence in the United States because he watched a couple episodes of that? Maybe he tuned into NCIS or CSI. I don’t know what they are. Maybe he was watching those and thought, “Hey, there wasn’t any collusion on this show. I’m totally clear.”

This man is an absolute dangerous moron. If you think you can watch TV and understand how the law in this country works, because, yes, Donald, the two things Cohen pleaded guilty to are in fact crimes. In fact, he pleaded guilty to eight different things. You’re only talking about the two that affect you, and they are 100% crimes.

But if that’s the legal strategy you want to go with, I’m going to encourage it 100%. So please, Donald, keep watching the shows because I’m sure that’s going to give you everything that you need to fight back against these charges in court. Good luck with that.