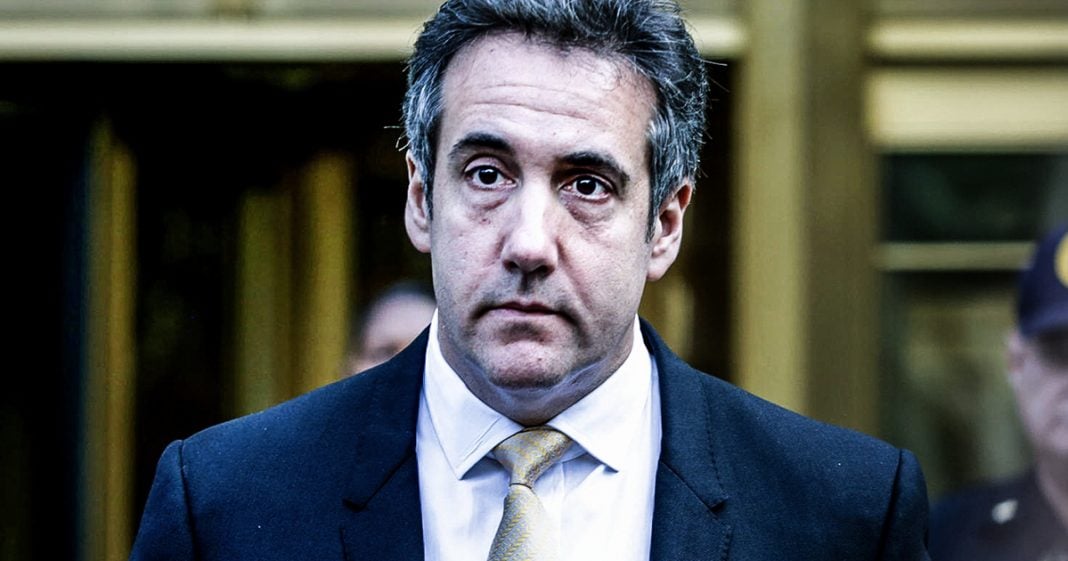 Michael Cohen has now been subpoenaed by investigators and prosecutors in New York for information related to the Trump family’s illegal use of their Trump Foundation charity. They’ve already been hit with civil penalties, but the New York Attorney General has referred the case for criminal investigation, and now Michael Cohen is a part of it. This is a major new development that threatens the entire Trump family, as Ring of Fire’s Farron Cousins explains.

Pretty much immediately following Michael Cohen’s plea deal or his basic implication that Donald Trump committed two felony campaign finance violations on Tuesday, Cohen’s attorney, Lanny Davis, started making the rounds in the media, and one of the things he said is that Cohen has information that might be of interest to the New York investigators looking into the Trump Foundation charity scandal. And sure enough, not long after that claim was made by Cohen’s attorney, Michael Cohen was served a subpoena by investigators and prosecutors in the state of New York, so that he can hand over any information he may have about the illegal activities that took place with the Trump Foundation charity.

Now, in case you’re not familiar with that story, about two months ago, New York Attorney General Barbara Underwood filed a civil action and tried to shut down this foundation because it was essentially a criminal enterprise and a personal piggy bank for members of the Trump family. Now, the people sitting on the board of this foundation are Donald Trump, President of the United States, Ivanka Trump, Donald Trump Jr., and Eric Trump. That’s it. That’s what the management of this foundation consists of. The entire Trump family, or at least the most crooked ones. And they were using this fund, that was supposed to be for charity, they used it to help sway the 2016 election by giving money, large sums of money, to veterans’ groups right before Donald Trump would go and speak to this veterans group. He used it to pay off a couple legal issues that he was having. They used it for other personal things like that. All of which are expressly forbidden and a violation of New York state charity laws.

And that little sentence I just said is the most important thing you’re going to hear today. Violation of New York state laws. And now, after Underwood, New York AG, issued the civil penalties, she encouraged the other groups to criminally investigate it, which they are now doing, that has been confirmed. And now they want Michael Cohen to come in and spill the beans on what happened. And this is why that sentence I told you was the most important thing you’ll hear today. If it turns out that any of the members of that board, Don, Don Jr., Eric, or Ivanka, committed a crime, they can’t be pardoned. The president is not allowed to pardon someone for committing a state crime. You can only be pardoned for committing federal crimes. So if Michael Cohen is able to go in there and provide evidence that any one of those four people on that board from the Trump family committed a state crime, they are screwed. There is nothing that the president can do to get these people out of jail, prevent them from being prosecuted, or anything else. That would be the end of the story.

And I know Donald Trump has said that he could pardon himself, which may or may not be true. It seems very unlikely. But he sure as hell couldn’t pardon himself if he’s convicted for a state crime, and that’s why this particular investigation right here, the one taking place in New York right now, is the most important one going on. Yes, it is more important than the Mueller investigation. Anything he finds most likely is going to be a federal offense. Trump could pardon his family, he could pardon anyone else he wanted to. Yes, that would cause an uprising, it may even lead to his impeachment if he did it, but none of that could happen if they are convicted in state court in New York. So even though this investigation’s been flying under the radar, most of us hadn’t known for quite a while if it had or had not actually even gone to a criminal investigation beyond the civil that Underwood did, but now we know for sure and now we know that they want to know what … Everything, basically, that Michael Cohen has to share.

And given the fact that he worked so closely with the Trump family and knows essentially everything about them, especially their finances, I’m willing to bet that Cohen knows a hell of a lot about what the Trump Foundation did, and whether or not it was illegal.