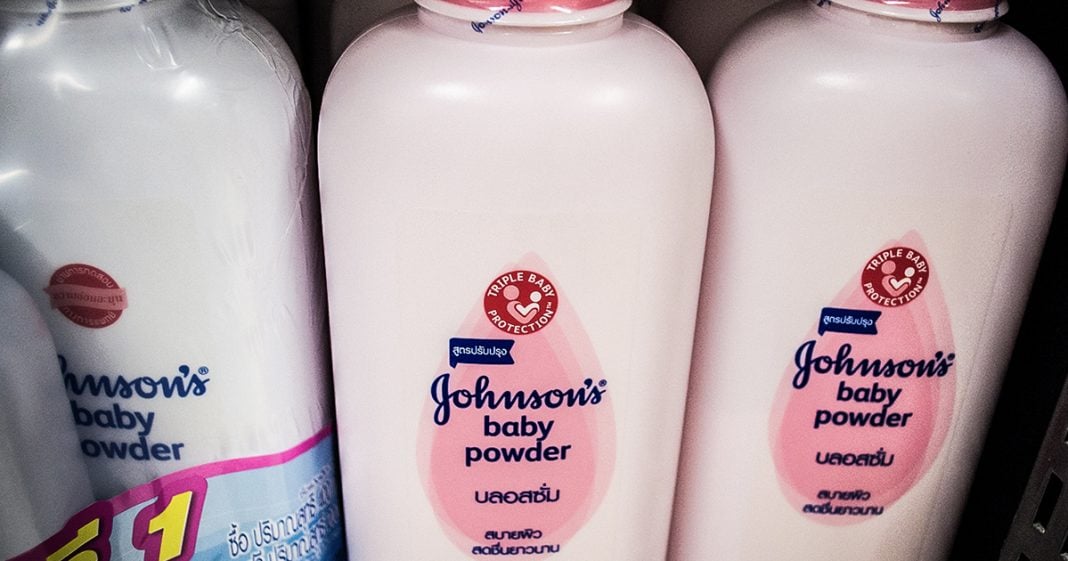 A trial judge in Missouri this week upheld a massive multi-billion dollar verdict against Johnson & Johnson for hiding the dangers of their talcum powders that have been linked to cancer. 22 women joined a lawsuit together against the company where they received the verdict, but now that the judge has upheld it, J&J will be forced to appeal once again. Ring of Fire’s Farron Cousins discusses this.

Recently at a trial in Missouri, 22 women banded together to sue Johnson & Johnson after they developed cancer from using Johnson & Johnson’s talcum powder products. This trial ended up resulting in a jury verdict of $4.69 billion for the 22 women and their families who filed this lawsuit. This week, a trial judge in Missouri went ahead and certified that massive judgment against Johnson & Johnson. Now, this is huge. Typically, when you’re in a case like this with so few plaintiffs, I know 22 seems like a lot, but it’s not a major class at this point with just those 22 women, a multi-billion dollar verdict would typically be knocked down by a judge, by a trial judge. They would say, “We’re not going to give you that much in punitives,” but the judge upheld it. That is a massive step forward.

Now, Johnson & Johnson is obviously going to appeal this. They have said that, and now that the judgment is certified, they can go ahead and begin the appeals process. That’s not going to work out so well for Johnson & Johnson, because here’s what happened in this particular suit. There’s two separate talcum powder lawsuits happening right now, but let’s focus on this one. This one involves the fact that there was asbestos fibers in Johnson & Johnson’s talcum powder, and as anyone who’s basically seen or read anything in the last 50 years understands, asbestos gives you cancer. So Johnson & Johnson knowingly had this asbestos in their talcum powder products that women were putting on themselves. They’re putting it on their children. Men were using it too, and it’s laced with asbestos, so those fibers from the powder, they get breathed in. They can enter sensitive tissues in the body through other ways, depending on where you’re using the powder. This was marketed as a major feminine hygiene product, so yes, very easy entry to the body at that point, into the soft tissue.

Johnson & Johnson knew about this. Johnson & Johnson did nothing about it, and instead, actually even worse than doing nothing, they engaged in an aggressive marketing campaign in low-income neighborhoods and drugstores to try to get more low-income people to use their talcum powder. I mean, they knew it was laced with asbestos, and they also knew that just the talc itself, the talc fibers, could imbed themselves into women’s bodies and cause cancer. They hid that fact, marketed it even more, so this $4.69 billion judgment against them, this still isn’t enough. Again, this was just for the 22 women. There are still more than 10,000 individual lawsuits pending against Johnson & Johnson for covering up the dangers of their talcum powders, both with the talc and with the talc that is laced with asbestos.

Yes, massive legal victory for the women and their families in this particular case. I know Johnson & Johnson’s going to appeal. Hopefully the lawyers fighting for these plaintiffs are good enough to win those appeals as well. Johnson & Johnson is in a world of legal hurt with all of these talcum lawsuits, because so far they’ve lost every single one of them. I have no reason to believe that any of these appeals are going to be any different for this corrupt company.