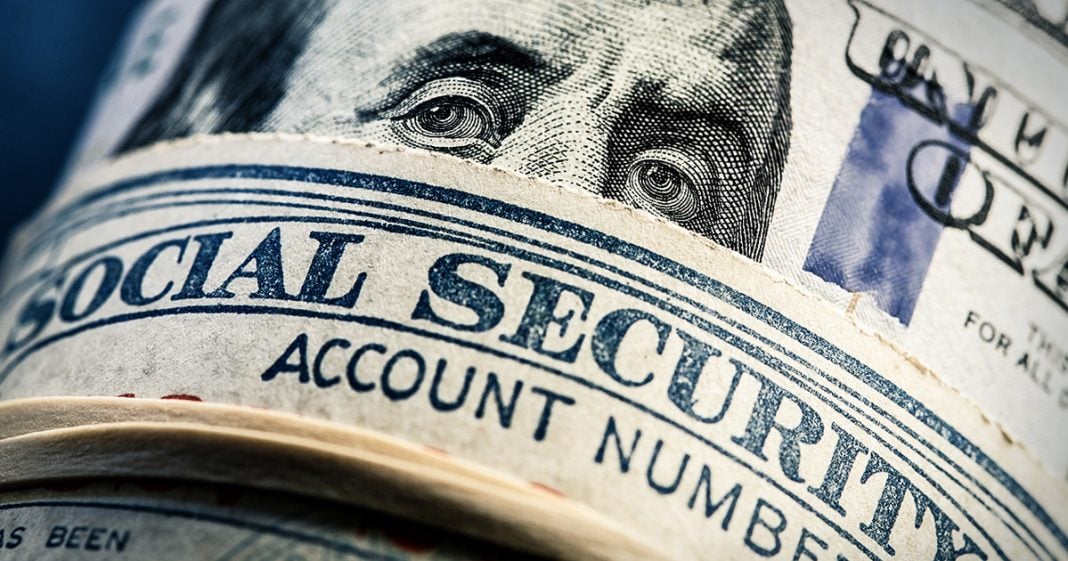 Republican leaders in Washington, D.C. are finally starting to admit that they are going to gut social safety net programs in order to pay for their massive tax cuts for the top 1%. During recent interviews, several GOP congressman have said that “entitlement reform” is on the agenda in order to stop the deficit from growing too large – a deficit that they ballooned by more than 20% with their tax cuts for the rich. Ring of Fire’s Farron Cousins discusses this.

Recent reports have shown us that the deficit is growing at an alarming rate. In fact, the tax cuts that Republicans put in place at the end of last year have ballooned the deficit by more than 20%. Just that one piece of legislation, 20% increase in the deficit.

Now, Republicans, during the Obama years, were absolutely up in arms over the fact that the deficit was getting out of control. But, during the Bush years, when Dick Cheney said deficits don’t matter, they believed it. They’re like, “Yeah. Let’s just spend all the money and not worry about it.” Obama came along, increased spending to help save the economy, which he did, and they were furious. But now, they’re back in charge, so, once again, deficits don’t matter.

To an extent, they really don’t until that ballooning deficit is used to kill programs that actually help keep American citizens alive, which, unfortunately, is the scenario playing out right now. Realizing that the deficit is growing at a rate that they cannot hope to sustain or even pay down, Republicans have increased their calls to cut social safety net programs that millions of American citizens have been paying into for their entire working lives. They are, therefore, entitled to them. That is why they’re called entitlement programs. We’ve already paid in all the money for them. We just want to get our money back.

Republicans don’t want to do that. They want to take the money that we’ve paid in and give it to the wealthy elite, the top 1%, in the form of tax cuts. Right now, we have Representative Steve Stivers. He’s the most recent one. He is a Republican from Ohio. He went on CNBC, this week, to say that, because of this deficit situation that is caused by our tax cuts, we need to look at entitlement reform. We need to cut social security and Medicare.

Paul Ryan made it very clear. He stated specifically, at the end of 2017, that the next thing on his agenda, now that he’s passed the tax cuts, is cutting back social security and Medicare. Senator Pat Toomey, Republican from Pennsylvania, said the same thing. Senator John Thune, a Republican from South Dakota, also says that we’ve got to cut these entitlement programs, because we just basically blew up the deficit. Representative Republican Tom Cole, from Oklahoma, says that he doesn’t know much about economics, but we probably need to get rid of some of these entitlement programs or cut them down. We have this idiot here, Tom Cole, who says, “I don’t even understand the economy, but let’s cut these things.” This is what we’re dealing with, with this particular political party right now, folks.

They gave everything that we had to the top 1%. Studies, even studies by Republican think tanks have shown us that average American workers will get zero dollars from this tax cut. If we do get anything, it’s going to take several years for us to even get that money. Then, by the time that happens, the tax cuts for the underclass will have expired, so then, we actually won’t be eligible for it anymore. The tax cuts for the top 1% are actually never set to expire, just the ones for us, the poor folk, the people who live paycheck to paycheck.

Now, they want to take the money that we have been paying in for our entire working lives to pay down the deficit that they created by giving tax cuts to the wealthy elite. The Republican Party is pure evil, 100%. There is no other way to slice it. If you want to take money that poor people have paid into a program, so that they can, maybe, one day retire or at least not be homeless when they hit age 65, and you want to take that money that they’ve been paying into, most of them for 50 years, and give it to billionaires, then, yeah, the only word available to describe you is evil. That is exactly what we’re dealing with, with Republican Party of 2018.