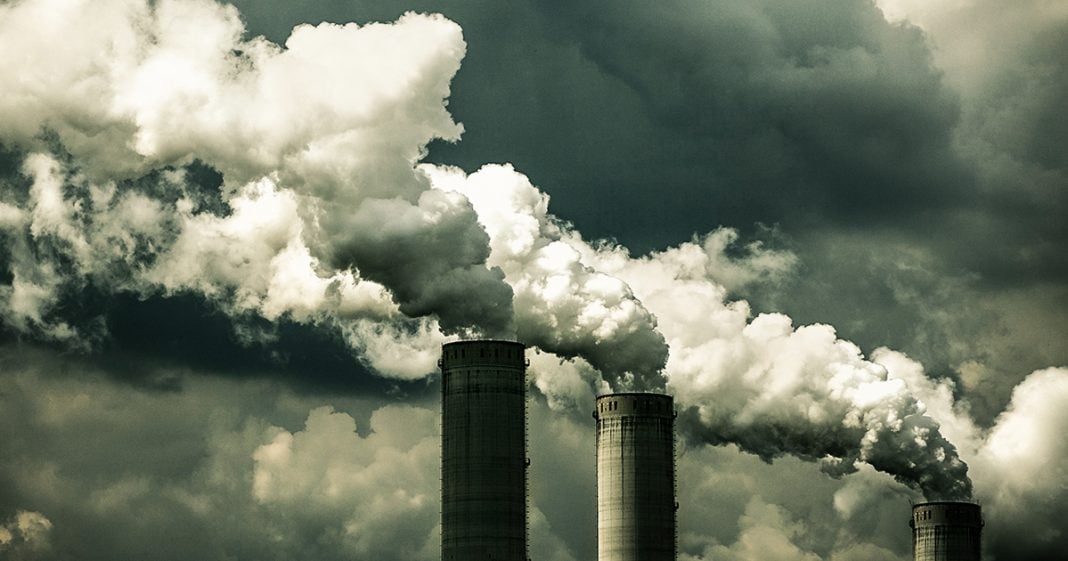 The Trump administration unveiled their new environmental plans this week that would significantly roll back clean air protections that were put in place by President Obama. The EPA admits in their own assessments that their new plans will result in roughly 1,400 American deaths per year, but they seem fine with that if it helps the fossil fuel industry make a few more dollars each year. Ring of Fire’s Farron Cousins discusses this.

In the midst of all of the legal hullabaloo yesterday with Cohen and Manafort and Hunter out in California, something very important was glossed over 100% by the media. And to be honest, even if they had nothing else to report on yesterday, they wouldn’t have talked about this story. And that is, the Trump administration, their EPA issued their new affordable clean energy rule, is what they’re calling it. And basically it’s what they’ve come up with to replace the clean power rule that Barack Obama had put in place, that they repealed last year.

And what this does is, it allows coal plants, coal fired power plants, to continue burning coal, to not have to modernize and reduce emissions in any kind of timetable. And if they do set a timetable and they go past it, that’s okay too. Bottom line is it’s going to increase the emissions the we see coming from these coal fired power plants. Now that’s not something that we didn’t already expect. We knew that this administration coming in wanted to repeal these Obama era rules in order to appease the fossil fuel industry to let them spew out as many emissions as they wanted. That pretty much would’ve happened with any republican administration at this point. They’ve made it clear that this is what they want to do.

Here’s the problem. The EPA admits while submitting this rule that it’s going to kill upwards of 1400 American citizens every year by the year 2030. So they admit that they’re putting a rule in place that is 100% going to result in more American deaths from heart and lung disease from the increased particulates coming into the air, not to mention the increased incidences of asthma and bronchitis. They’re going to kill people, and they totally cool with that because it’s going to save the coal industry, the fossil fuel industry, a little bit of money each year. People are going to die. That’s not overstating it. It’s not hyperbole. That is literally what the EPA says in their report.

By doing this, we acknowledge that we’re going to kill people. But we’re 100% okay with it because the people who fund our campaigns, the people who fund are party, are going to make a little extra money. And hopefully that money’s going to trickle down to us. That’s the point that we’re at in this country. And it bothers me so much because this is a story that I can promise you you’re never going to see on any mainstream media outlet. No corporate news outlets are ever going to report this. But the EPA has admitted that between 430 and 1400 people every single year will die because of their new rule, because of the increased particulates in the air, because of the increased emissions.

We are going to send more and more people to an early grave just to give the fossil fuel industry a little bump, you know, because coal is dying. Coal is dying out here in the United States because global demand is falling. Cleaner, cheaper, better sources of energy have been found. Other countries are going to those. There is no bringing the coal industry back in spite of what Donald Trump tells us every day. He’s bringing coal back. He’s reviving the industry. There’s nothing that man could do to save it. It is dying out as it should be. And honestly, it’s dying out because capitalism said, “We’re tired of it.” And yet, this administration is willing to kill more than 1000 people every year just to pander to those few remaining coal miners in this country, hoping that they’re going to continue voting republican while those 1400 people who are dead lose their lives.

Is that worth it? Is that really the trade off we’re having to make as a country? Kill 1400 people every year just for a few extra votes in coal country? Because that is 100% what the republican party of 2018 is doing. And they’re doing it today.