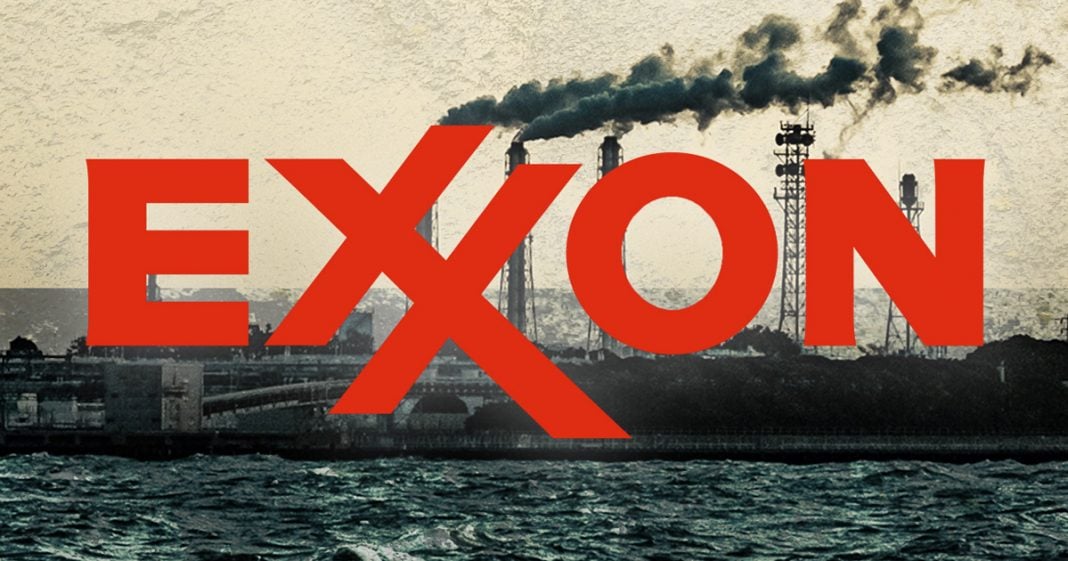 A judge has ruled that the federal government (taxpayers) will have to help cover the costs of cleaning up massively polluted sites owned by Exxon that were used to create jet fuel during WWII and the Korean War. The judge says that Exxon was contracted by the government to create the fuel, so they share in the cleanup burden, even though that money is coming out of OUR pockets in the form of taxes. Ring of Fire’s Farron Cousins discusses this.

Good news, US taxpayers, if you weren’t already happy about the fact that your tax dollars are now going to give a massive cut to the top 1%, then you can also be happy knowing that the federal government is going to take your tax dollars and clean up that messes that Exxon created decades ago. Specifically, messes that Exxon created during World War Two and the Korean War.

Here’s what happened. This week a federal judge ruled that Exxon’s, “Wartime pollution,” is partly the responsibility of the US government, and therefore they have to pony up to help clean this stuff up that’s been kicking around in waterways down here in the South since the 1940’s. Exon claims that in the last few years they’ve spent $77 million trying to clean up these messes that they created, which are now considered super fund sized, because they are so incredibly contaminated and polluted by Exxon’s wartime pollution.

The US government, starting in World War Two, contracted Exxon to produce jet fuel and other petroleum based products for the US military. So they paid them to make these things, and they did it, one at Baton Rouge, Louisiana, and one in Bay Town, Texas. And because they knew there was going to be a lot of pollution happening, the US government bought all of the properties next to these refineries where they were doing this. Those areas obviously became super polluted. They then let Exxon take these Exxon built factories in those areas that were heavily polluted. But now, now that they’re being forced to clean it up after most of it has gone into the Mississippi river and other rivers, and then fed into the gulf of Mexico, Exxon was able to successfully argue in court this week, or recently, I think it was last week actually, that yeah, the government paid us to do this, so they should also pay to clean it up.

Here’s why this reasoning and the ruling by this judge, judge Rosenthal is so disgusting to me. Yeah, people get contracts to work for the federal government, that happens. It absolutely does. You may not like it, but it does. That doesn’t mean that in the course of your contract if you do something unethical or illegal or dangerous, that you the corporation aren’t responsible for it. It doesn’t matter if the federal government said we’re going to pay you to develop jet fuel for us, if you’re dumping that crap in the land and soil and water, that’s your responsibility. Not mine, not anybody watching this video, unless you happen to be the CEO or shareholder of Exon. In that case, yeah, that is your problem.

But we’re living in a time right now where people can’t pay their medical bills, they can’t afford college. Republicans are trying to cut the social safety net out from underneath us. And now instead of strengthening any of those things, we’re giving a tax cut to the top 1%, and now we, taxpayers, have to pay to clean up Exxon’s mess from the 1940’s.

Explain to me how that’s fair? Explain to me how that’s right? Not to mention the fact that the US government tried to argue in court, and failed miserably somehow, that the statute of limitations had expired. That’s what you wanted to go with there? Not, we didn’t tell them to dump it there, we didn’t tell them to do this, we just paid them to create the fuel? I mean come on, a first year law student could’ve handled this case better than the government handled it here.

Not only that, but they also lost, and the judge is actually going to rely on Exxon to come up with the math and the formulas on how much the government owes, and how much Exxon owes to clean it up. So you lost twice in this one case. I take it back, the government didn’t lose, we, the taxpayers, we lost. Just like we seem to lose every single time when it comes to corporations versus the federal government. The taxpayers will always lose.