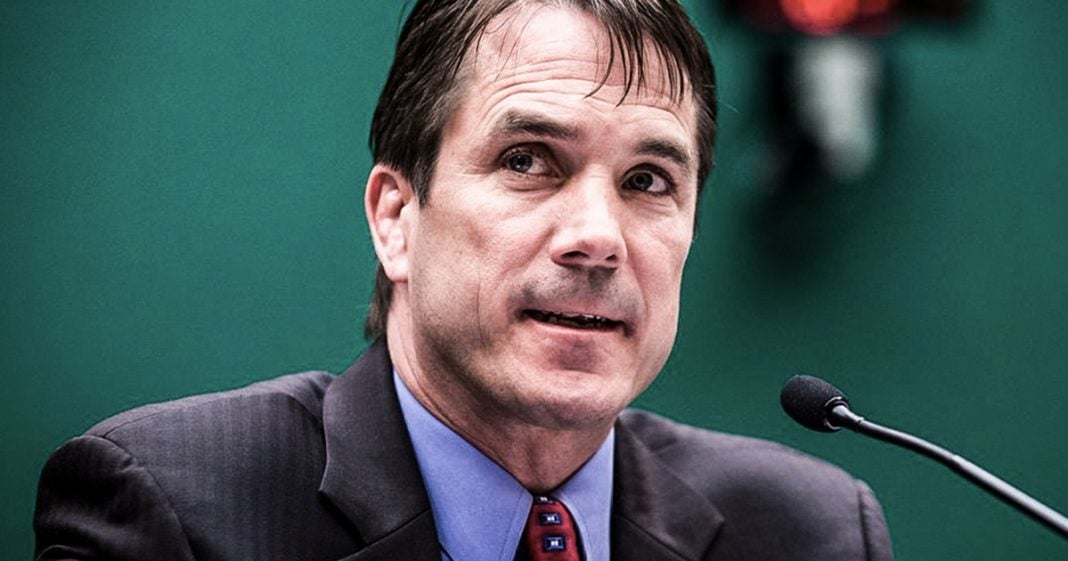 A judge has ruled that an official in Michigan will stand trial for involuntary manslaughter over the deaths of two people in Flint, Michigan. The charges are related to the ongoing Flint water crisis, specifically the new revelations that the water has been contaminated with deadly legionnella bacteria. Ring of Fire’s Farron Cousins explains why these charges are necessary, and how they are hopefully just the first to come down the pipes.

A judge ruled earlier this week that Nick Lyons, the State Health Director for the state of Michigan is actually going to stand trial for two counts of manslaughter, involuntary manslaughter over deaths related to the Flint Water crisis. Specifically the fact that the government there knew that there was deadly legionellae bacteria in the Flint water in addition to the lead and other contaminants. And yet, it took them over a year to notify the public of the dangers of this bacteria. Nick Lyons as the State Health Director is the one that could have made that announcement. There are emails that suggest that Lyons and basically everyone else in the Michigan government knew that this bacteria was there but instead of warning people, they let about 90 become sick from it and 12 die from it. Now Lyons at this point is only being charged with involuntary manslaughter for two of those deaths. The remaining ten yet to be seen. Hopefully we can get some charges on that as well.

But here’s the thing, they knew about the legionellae bacteria according to their own internal emails starting in March of 2015. But it wasn’t until a little over a year later in 2016 that they finally decide to notify the public. Now if Lyons is convicted it could be up to 35 years in jail, as well as $25,000 in fines. Given that he is a government official, I doubt he’s gonna get the full 35 years. He may not even be convicted, which would be a great disappointment because at this point, somebody has to be held liable. Lyons at this point has become the fall guy. He’s the one that rest of the government is like, okay let this guy go. So that they don’t come after me. But let’s hope in this particular instance, it’s the opposite. That Lyons is just the first domino to fall, and perhaps, facing such serious charges and the potential of 35 years in prison. Maybe Lyons would be willing to go ahead and throw some of his other colleagues under the bus, who also knew about this problem but refused to do anything about it.

12 people are dead because of this bacteria that they knew was in the water and didn’t tell the public it was in there. More citizens in Flint, Michigan will have permanent learning disabilities as a result of the lead contamination of this water. Nobody’s being held liable for that, nobody’s going on trial for that. But they should be. Politicians, corporations, anyone who knowingly endangers the public health should be held liable in a court of law. Whether it’s manslaughter or whether it’s some other charge. But this is a great first step that this judge has taken and hopefully Lyons, if he sees that he’s about to go down, decides to take every other corrupt official in the Michigan government down with him.