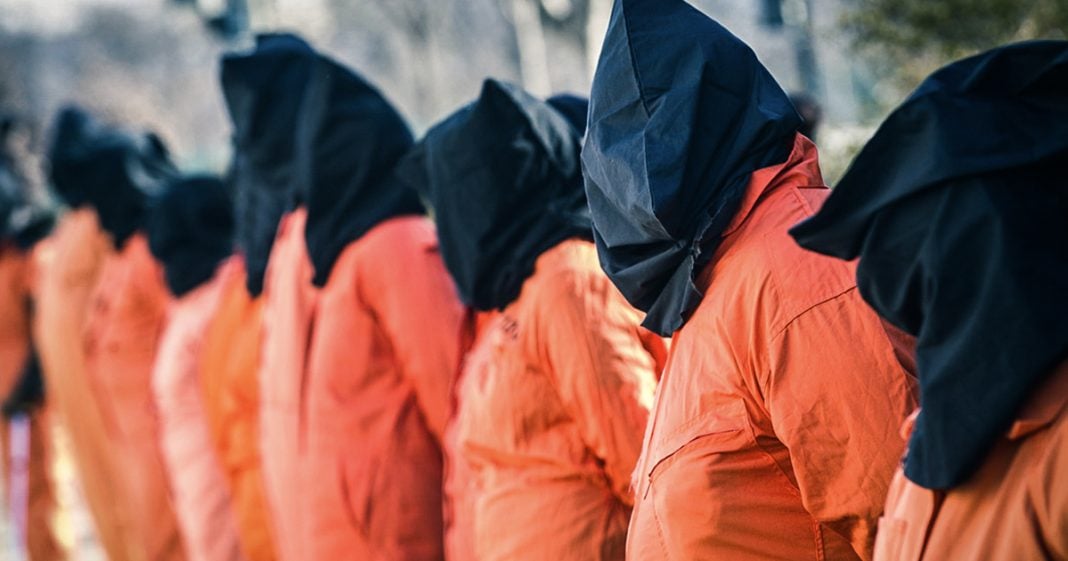 A military judge this week issued a long-awaited ruling that says that the federal government cannot use the statements obtained by the FBI from detainees at Guantanamo Bay if the statements came from someone who had been tortured. This is a huge step forward to repairing a small part of America’s broken foreign policy, but there is still much more ground to make up, as Ring of Fire’s Farron Cousins explains.

You may not be aware of this, but we are actually still actively prosecuting some of the people who we, the federal government, believe were masterminds, or at least somewhat involved in the 9/11 attacks, and, as part of this ongoing prosecution that we have, which is currently taking place down there in Guantanamo Bay, a big ruling came out this week. That is that the military judge overseeing this prosecution has ruled that statements from five detainees cannot be used in the trial. Why? Because those five detainees were tortured by the CIA before being interrogated by the FBI. That is what this judge ruled. That is what the testimony and evidence shows, and so they don’t believe that any of the testimony given to the FBI by these detainees is credible. They believe that these men were tortured to the point where they would say anything to the FBI, so that is why they cannot use those statements in court.

Here’s what happened. These five men, and don’t get me wrong, these are probably pretty bad human beings. I mean, based on the charges that they’re facing, and they’re not even necessarily arguing that they weren’t involved in it. They may have just said more than they should have or more than was true after they were tortured, but nonetheless, these five men upon capture many years ago were taken to CIA black sites, you know, those things that John Brennan loved and helped orchestrate, along with Gina Haspel, who’s the current CIA director. They were taken to these CIA black sites. They were tortured there, according to doctors who have seen these men, and accounts of the people who were there, and then immediately after the torture ended they were interrogated by the FBI to get information. They gave faulty information, which is basically what this judge is saying, and so now none of that can be used in this prosecution.

The government is seeking the death penalty for these people. In fact, here are the charges here. Each of the detainees have been charged under the military commission system with attacking civilians, attacking civilian objects, intentionally causing serious bodily injury, murder in violation of the law of war, destruction of property in violation of the law of war, hijacking or hazarding a vessel or aircraft, and additionally they’re charged with 2,973 counts of murder apiece, one for every person killed in the 9/11 attacks. So yeah, not exactly a great crop of individuals, yet none of them should have been tortured. That’s what this story is about.

The US government actively engaged in torture activities for years during the war on terror, may even still be going on now, because Donald Trump has repeatedly expressed his support of torture, and, as predicted way back then, as is stated in military rules, we can’t use any of the testimony that we got from those people because they were tortured. The US government broke the rules, and because of that it’s going to be much harder to hold those responsible accountable. They were so desperate to get even with these people that they broke international laws. They broke international treaties. They broke national laws, and now it’s coming back to bite us because we can’t even use that testimony in their trial, and we shouldn’t be allowed to. Don’t get me wrong on that. I’m not angry that we can’t use it. We shouldn’t be allowed to use it. We broke the law just like these people broke the law. The only problem with it is that none of the people who orchestrated it here from the United States will ever be held accountable at this point.