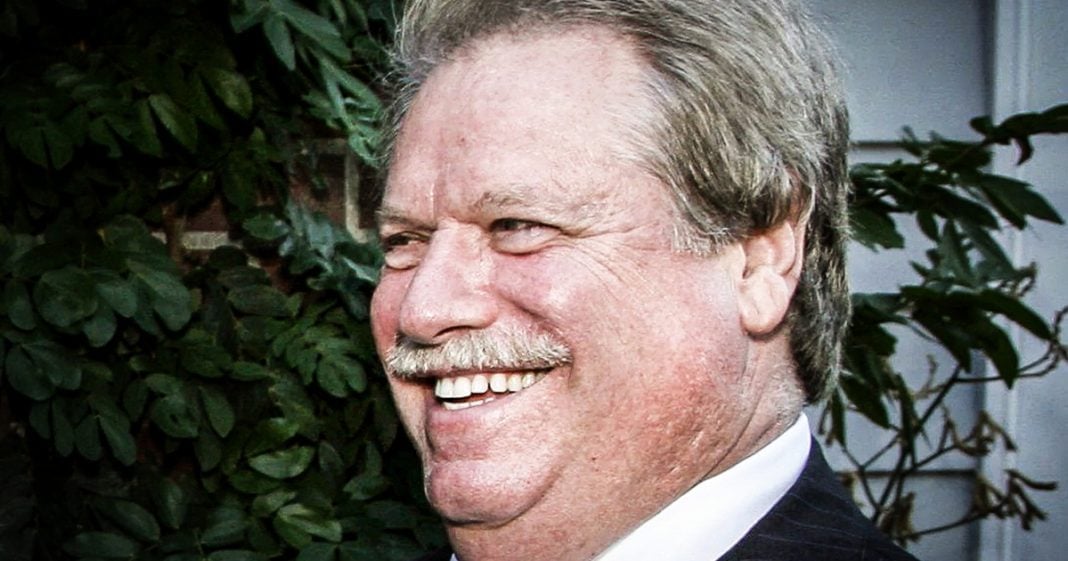 Elliott Broidy, a top Republican fundraiser and former deputy finance chair for the Republican Party, is under investigation by the Justice Department for allegedly taking foreign money in exchange for access to Donald Trump. This is just the latest in a long line of public scandals involving Broidy, though this one actually carries some potential jail time with it. Ring of Fire’s Farron Cousins discusses this.

Elliott Broidy, the former deputy finance chair of the Republican party itself, a top fundraiser for Donald Trump and the man who paid off a woman who he had an affair with, which actually forced him to resign his post at the RNC, is now under investigation by the U.S. Department of Justice for possibly soliciting money from foreign governments in an attempt to give them access to the President of the United States.

Broidy is not just a Trump confidant and a very close friend of his, he’s not just a former high-ranking official within the Republican party itself, he is also a defense contractor, and that’s something that few people are aware of. I wasn’t aware of it til a few days ago. I knew his name, didn’t know what he did. But this is a guy who runs a defense firm that gets tons of money from the federal government, but that apparently wasn’t enough for Broidy, according to these new allegations that the Justice Department is investigating. He wanted more.

He also, basically, did the same thing with China, sought money from the Chinese government in exchange to get them talking to the Trump administration so they could convince Trump to extradite a Chinese criminal who was here in the United States. They wanted him back over there, and that actually did end up happening, by the way.

Nonetheless, Broidy kind of represents what the entire Republican party is about today: Anything for money. If you’ve got money, it doesn’t matter if we know what you’re wanting to do is illegal, just pay us the money and we will gladly do it. This is the kind of thing that we see all the way from the top to the bottom in the Republican party on a near daily basis at this point. Give us some money, we’ll repeal these regulations, even though the court say that we have to enforce them. Give us some money, and yeah, we’ll arrange meetings that we know are illegal and it’s illegal for me to take this money, but I love money so much that I am willing to risk my freedom as a U.S. citizen to set this thing up; and that is exactly what Broidy has done here. He could be looking at very serious jail time at this point.

It was bad enough for him a few months ago when the details about his affair and the payoff came out and he was forced to resign from the RNC in disgrace, but now, if the DOJ finds out that this evidence is credible, which they have every reason to believe it is because his emails were actually hacked and released where he was shown to be making these arrangements; so yeah, it’s pretty likely at this point that Broidy is probably going to spend at least some of the next few years in prison. Hopefully, he’s going to be followed by many others within the Republican party who have been using other people using their money to basically circumvent our democratic process here in the United States.