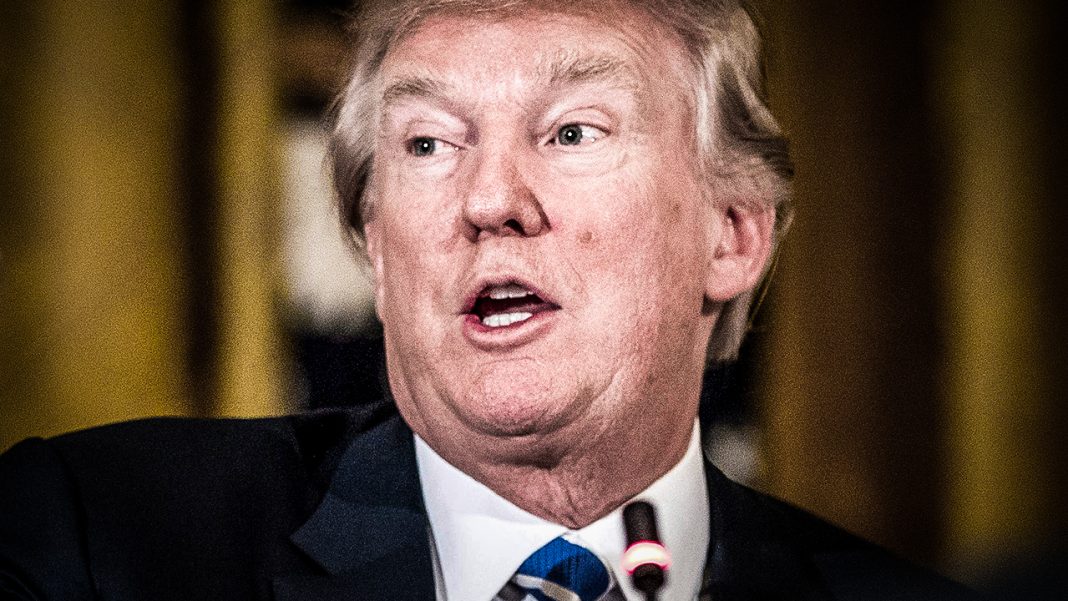 According to a new report in The Washington Post, two White House officials have confirmed that Trump is considering going after even more of his enemies after stripping John Brennan of his security clearance. Regardless of what we think of the people he’s attacking, it is important to remember that this is an egregious abuse of power by a madman that won’t listen to anyone on his staff. Ring of Fire’s Farron Cousins discusses this.

According to a new report in the Washington Post this week, Donald Trump is not happy with only revoking John Brennan’s security clearance, even though the guy deserved to have his security clearance revoked, he wants to go after more people. It’s not enough. There’s still more critics of him out there, and he has got to take them down.

Now, before I get into that, let me reiterate something I said the other day, and that is that John Brennan is a horrible human being who deserves no sympathy whatsoever for having his security clearance revoked. He’s a man that should have been thrown in prison a decade ago, yet was allowed to walk free after being the architect of the Bush administration’s torture policies. I have no sympathy for him getting his security clearance revoked.

What does drive me insane is why it was done. Trump did it not because he realized that Brennan was a horrible person. He did it because he viewed Brennan was a threat. Now, according to this report by the Washington Post, two senior administration officials spoke to them and said that, yes, Trump wants to do this to more people. He wants to go after even more enemies, even more critics, and make damn sure that everybody understands that if you go after the president, he’s going to go after you, too.

Now, according to this report in the Washington Post, these aides and other people in the White House have told him, “This is probably a bad idea. It seems like something that’s easily going to backfire on you.” But he doesn’t care. They said specifically if Trump wants to do it, he’ll just do it. There is no reasoning with him. There is no talking rational ideas with him. He is an angry, feeble, old man that is not used to being told no. At this point in his life, it’s too old to teach this old dog new tricks, so he’s going to do whatever it is he wants to do.

But as Jake Tapper actually pointed out earlier this week on CNN, what he’s doing is inadvertently connecting the dots for Robert Mueller. These people he’s going after, it’s not just because they say bad things about him or because they don’t support him. It’s because he’s afraid of what they know and what they could possibly tell investigators. But by picking them off one by one, stripping them of security clearances or firing them, he’s really laying out a roadmap that Robert Mueller could easily follow to know who to interview next and get information from.

So, yeah, this whole thing, whether it’s through the Mueller investigation or just through the massive public backlash that’s happening, is going to backfire on Donald Trump. Eventually, he’s going to fire somebody that doesn’t … Or, excuse me, revoke the security clearance of someone who doesn’t have a horrid history like John Brennan does. He’s going to fire or revoke a security clearance for a truly sympathetic character. He always takes things a little too far, and that is exactly what these aides are worried about. The Brennan thing is easy to brush off because Brennan’s a horrible person. But not all these people are. Eventually, he’s going to pick on the wrong person, the public’s going to turn on him, Mueller’s going to get even more evidence, and everything will come crashing down for Donald Trump. At least that’s what these aides happen to believe. And I think a lot of the public happens to believe that as well.

Trump is out of control. This is a disgusting abuse of power that he is engaging in right now. I have to imagine that a lot of people in the Republican party are freaking out about this right now because the last thing they want before the midterms is for Trump to do anything stupid that would even come across as remotely being an abuse of power. Yet here he is right now, abusing every single power of the Office of the Presidency, just a few months before those midterms. That’s not going to end well for anyone with an R next to their name on the ballot this year.