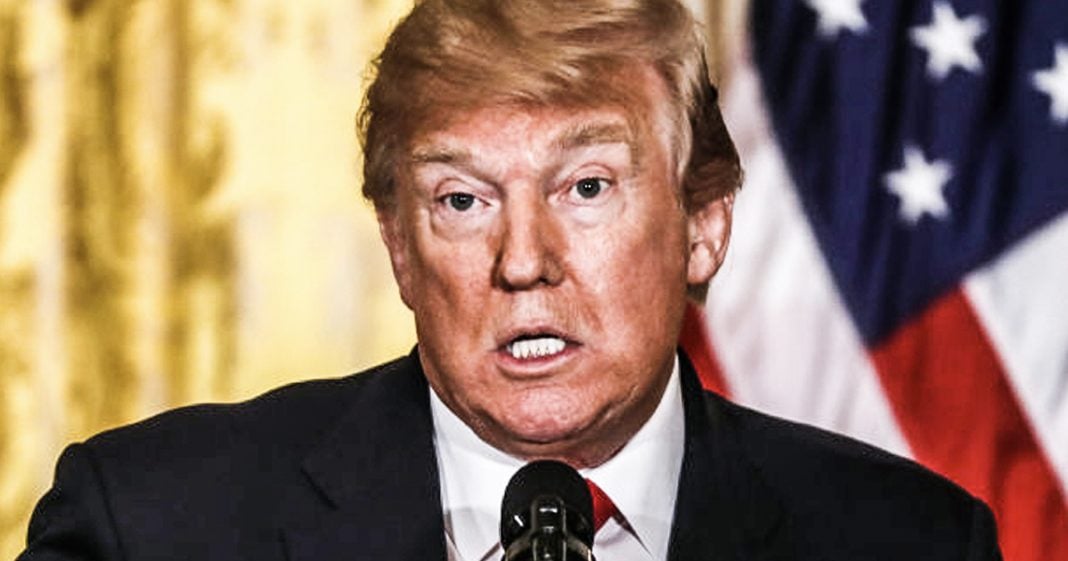 More than 100 newspapers have come together to fight back against Donald Trump’s nonstop attacks on the press. This is an unprecedented move by media outlets, and might finally signal their willingness to stop playing nice with the man that has turned them into “the enemy of the people.” Ring of Fire’s Farron Cousins discusses this.

Newspapers across the country led by the Boston Globe are banding together to fight back against Donald Trump’s war on the press, specifically his statements that the press is the enemy of the American people. Right now, more than 100 different newspapers in the US have agreed to run an anti-Trump media attack op-ed to fight back against what the president is saying about the press and to remind people that here in the United States we have freedom of the press guaranteed to us by the United States Constitution. That’s the difference here. That’s the thing we have to focus on. Because we know that the corporate media sucks. We know that most of these newspapers if not all of them that have signed on to go after Trump in their op-ed section, they’re all still owned by corporations and media conglomerates.

There are corporate executives sitting on the board of these newspapers telling them what they can and cannot print, but that does not justify Donald Trump’s attack on them. Why? Because Trump is attacking the media because they’re not being very nice to him because they have no reason whatsoever to be nice to him. It’s interesting. It’s a very interesting dynamic here because yes, the press sucks. But, they suck because they’re not doing their job anymore. They’re not going out there and doing these investigations and covering the stories that actually matter to American citizens because their advertisers, their corporate owners aren’t letting them do that. On the other hand, you have a president who is attacking their very freedom.

A president who almost half the people in his party think he should have the power to shut down these media outlets if he wants to. He is trying to silence them. He’s saying they’re the enemy of the people, which they are not no matter how bad they are. That is dangerous. We have already seen people in this country murdered for doing nothing more than reporting the news. Whether or not you want to link that to Donald Trump, that’s a little iffy. But, his nonstop attacks on the press are resulting in violence, at least in threat form, coming to members of the press. Shortly after he had a recent rally where he once again said the press is the enemy of the people, the next day angry right winger calls in top CSPAN and says he’s going to go kill Don Lemon from CNN.

That’s Donal Trump. That’s on him. Yes, CNN is bad. CNN wants to push us into wars every chance they get. CNN isn’t out there talking about all the dangerous products that could kill you at any given point that these corporations are putting out because those same corporations are advertising on CNN. Same goes for MSNBC. Same goes for Fox News. That’s the biggest reason why the media sucks. To attack them as an institution the way that Donald Trump is doing is 100% wrong. I’m glad these newspapers are banding together. I’m glad they’re standing up to Trump. They’ve actually been a little too soft on his all this time. Rather than calling him a liar, they say he made a misstatement or he said something that wasn’t entirely true.

No, the man lied. You guys danced around the language because you thought it would curry favor with this psychopath and now you realize that nothing you do is ever going to be good enough for him. I’m glad you’re fighting back. While you’re at it, why don’t you also fight back against Pfizer and Merck and Boeing and Exxon? Why don’t you fight the people that have actually been destroying this country for decades, losing American lives, pushing us into war, destroying the planet? Trump’s only been in office for 18, 19 months at this point. At most, God forbid worst case scenario, he’s going to be around for eight years. Those other folks, the Pfizers, the Mercks, the Boeings, the Exxons, the Shells, and BPs, they’ve been destroying the plane long before Trump came along and they’re going to be destroying it long after he leaves.

I suggest you also spend some of your ink going after those villains who’ve been getting away with it for decades.